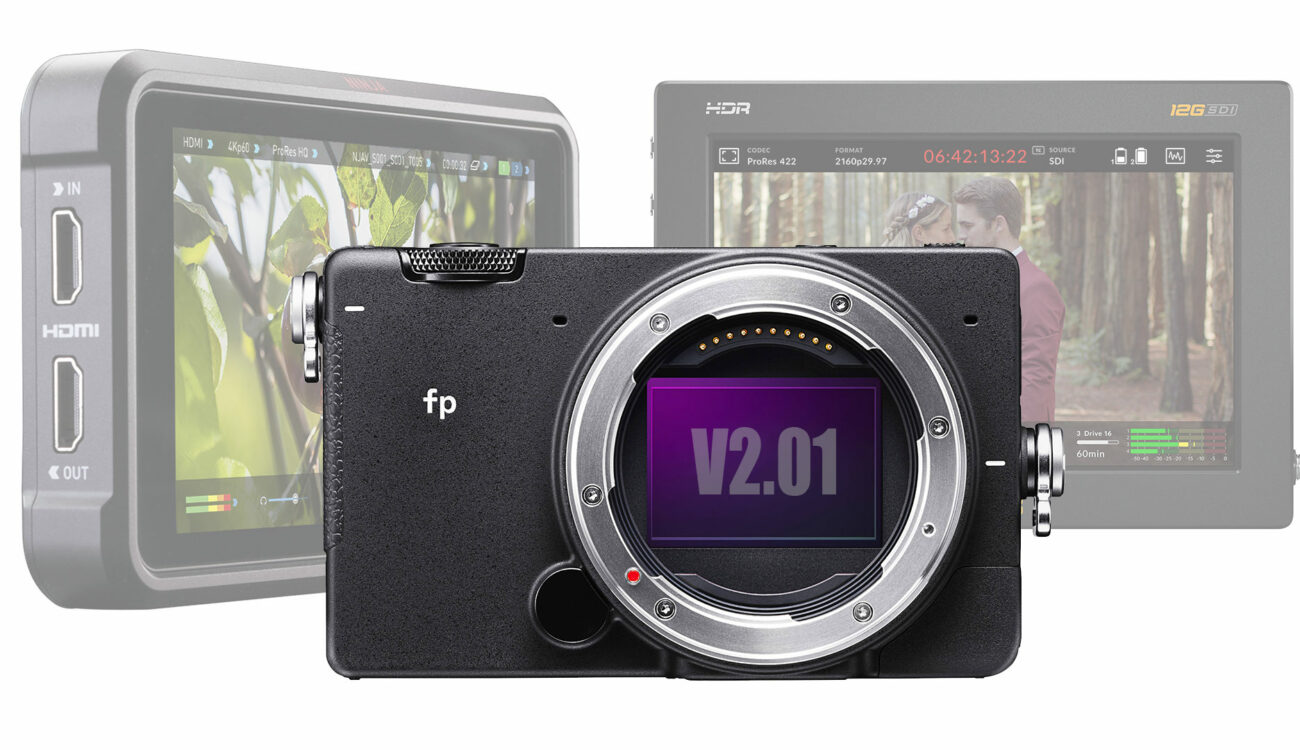 It is not that long ago when one of the smallest full-frame mirrorless cameras on the market – SIGMA fp – received a large firmware update version 2.0. This update unlocked the external RAW recording option over HDMI, Dual ISO, and some other improvements. More information on the update v2.0 can be found in this article.

The firmware update is available for download now free of charge. The update file itself as well as the manual on how to upgrade can be found on SIGMA Support Webpage. It fixes the following bugs:

This free firmware update for both 5” and 7″ 12G Video Assist recorders improves the workflow when recording Blackmagic RAW from the SIGMA fp. It adds support for 100 and 119.88 fps, improves color temperature, and fixes trigger recording. It can be downloaded from the Blackmagic Design Support Center.

Do you have experience working with the SIGMA fp? Do you record in CinemaDNG RAW or compressed RAW externally with a recorder? Let us know in the comments section below.