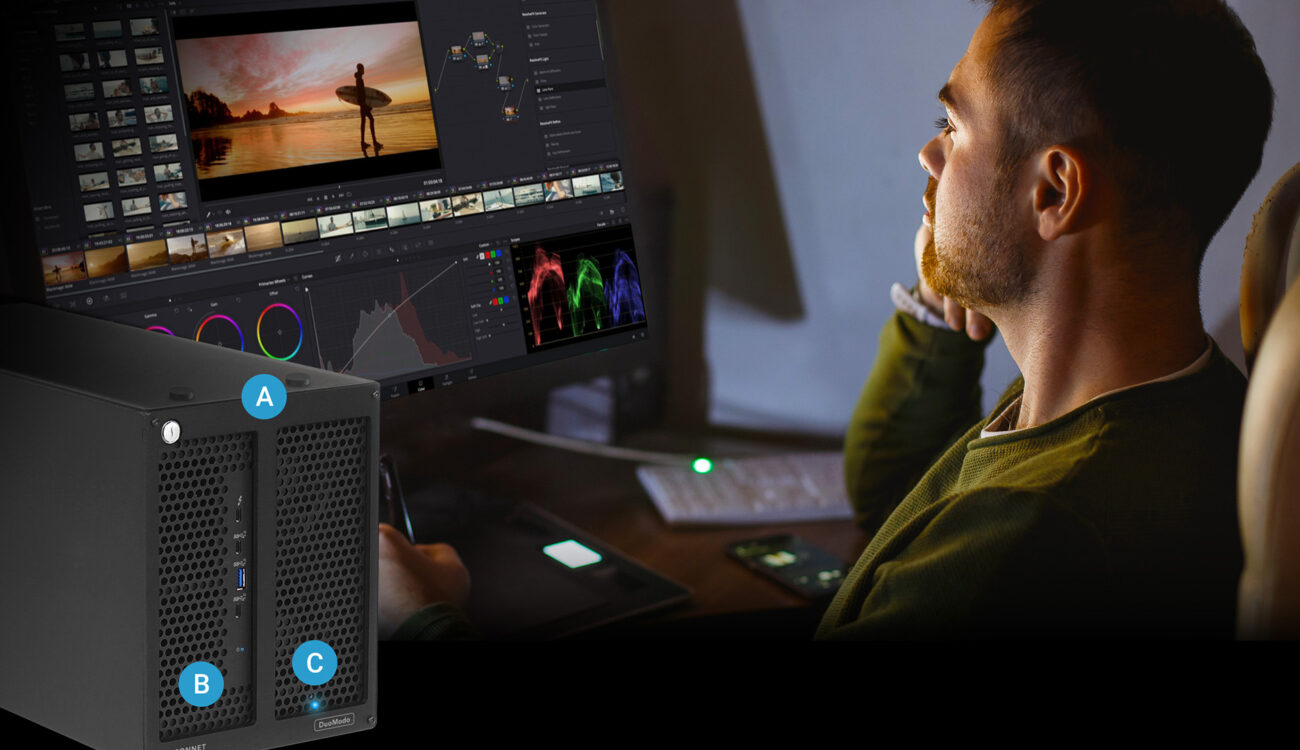 Sonnet DuoModo is a modular system built to maximize the output of Apple computers using the power of Thunderbolt 3. Any (Intel-based) Mac can benefit from the extra horsepower and expanded capabilities that expansion tools like this can offer. And if you don’t have a Mac in hand already, one of the modules allows you to slot in a Mac Mini.

DuoModo is a system in two phases. First, you select the modules that fit your needs. Then, you can easily insert those modules into either a desktop or a rackmount enclosure. Plenty of other companies offer expansion boxes (most notably BlackMagic), but the flexibility of the DuoModo system sets it apart.

The most urgent need for filmmakers in Mac environments is the eGPU module. NLE’s tend to rely on the GPU to handle effects rendering, color, and playback. More intensive programs, such as After Effects or Resolve, lean even harder on the GPU.

Unlike Windows PCs, which often are built with internal expansion and user upgrades in mind, Mac computers tend to be closed systems. If you want to boost your editing and rendering performance, you can’t just plug in a new GPU. You need a dock to supply power to the GPU and convert the connection on a standard GPU to one that your Mac can handle.

Sonnet DuoModo’s eGPU module will do the trick. Just add any of AMD’s GPUs to the enclosure and run a Thunderbolt 3 cable to your Mac to take your editing up a notch. You can mount two of these modules on a DuoModo rack or a desk mount, or you can pair one with a Mac Mini module.

No Mac? No problem!

If you want to build a whole system instead of supplementing an existing one, you can get the Sonnet DuoModo xMac Mini Module. The Mac Mini has long been a favorite of commercial operations for its small, no-frills frame and ease of expansion. Users can configure them with fairly powerful processors, they have plenty of inputs and outputs, and they tend to run cool and quiet.

DuoModo’s xMac Mini module adds two M.2 PCIe SSD slots for up to 16TB of exta storage right inside the enclosure. Not only that, it sports an additional internal USB-A port to securely and unobtrusively add license dongles. It also routes all of the standard I/O ports to the front of the module for easy accessibility.

For the moment, external GPUs are not able to work with M1 Macs. Apple has been less than transparent on the exact reasons for this, and it is unclear whether this is a temporary speedbump, a deliberate choice, or a fundamental issue with the new architecture. In the meantime, if adding external GPUs is important to your workflow, then stick to Intel Macs.

The Sonnet DuoModo eGPU module retails for $599.99, the xMac Mini module is $499.99, and enclosures range from $99 to $199. The whole line of DuoModo modules are available for purchase right now.

Mac editors – is rack-mounted expansion important for your workflow? What other modules would you like to see? Let us know in the comments!