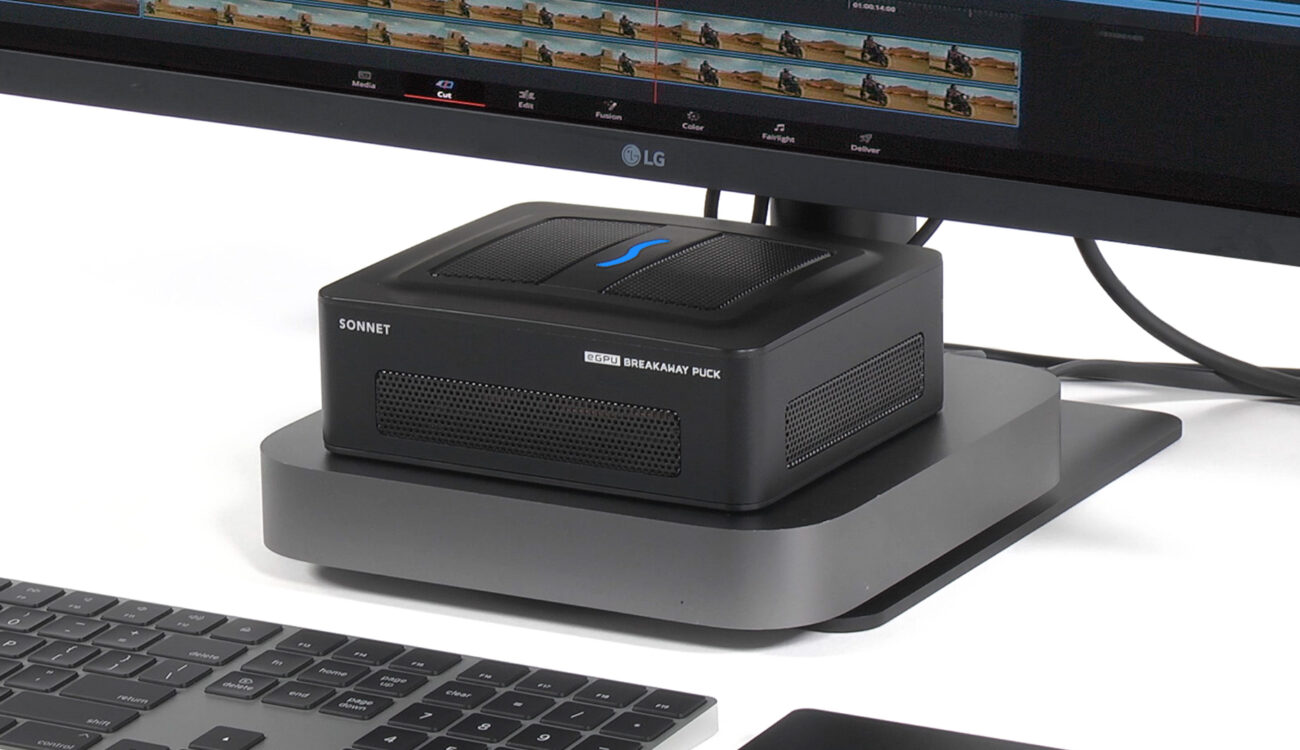 Sonnet has released two new models in its eGPU Breakaway Puck line of external GPU/hub systems. These differ by the built-in graphics unit, either a Radeon RX 5500 XT or Radeon RX 5700.

The Sonnet eGPU Breakaway Puck is exclusively intended for use with Apple Mac systems, more precisely with Intel-based Mac systems. There is no M1 (Apple Silicon) support here. Apple simply does not (yet?) support eGPU systems with their latest M1-powered computers.

Both models connect to the host Mac via Thunderbolt 3. And both models have the exact same connectivity, the only difference is the core GPU in them.

Since these eGPUs (external Graphics Processing Unit) only support Thunderbolt 3 equipped Intel-based Macs, the latest M1 models (ARM-based) cannot be used with these new Sonnet devices. Maybe Apple will support eGPUs for M1 Macs in the future, maybe they will just release new M1(X) Macs that can use external GPUs, who knows. At the moment this only applies to teh Intel x86_64 platform.

The Sonnet ePGU Breakaway Puck is available in two variants, either with Radeon RX 5500 XT or Radeon RX 5700 graphics. The latter improves the graphics performance even more, but of course comes at a higher price.

Speaking of performance, here are some of Sonnet’s claimed benchmarks. Note that they include the latest M1 MacBookPro here, although it is not supported:

The nice thing about these Sonnet eGPUs is the fact that they are on double duty as a Thunderbolt 3 Dock: It offers Powerdelivery up to 60W (hence the external power supply), two USB 3.2 Type A (5Gb/s), HDMI and DisplayPort and two Thunderbotl 3 (40Gb/s) ports.

You can connect up to 3 displays (including Apples Pro Display XDR) to the eGPU Puck natively:

Both units are available now and pricing is as follows:

One downside with these kind of integrated solutions is that they are not user-upgradable. So if some fancy new AMD graphics chip comes out you can’t just swap your existing one. On the other hand, I think these Breakaway Pucks offer quite the punch for their size.

What do you think? Do you already use some sort of eGPU solution for your workflow? Let us know in the comments below!