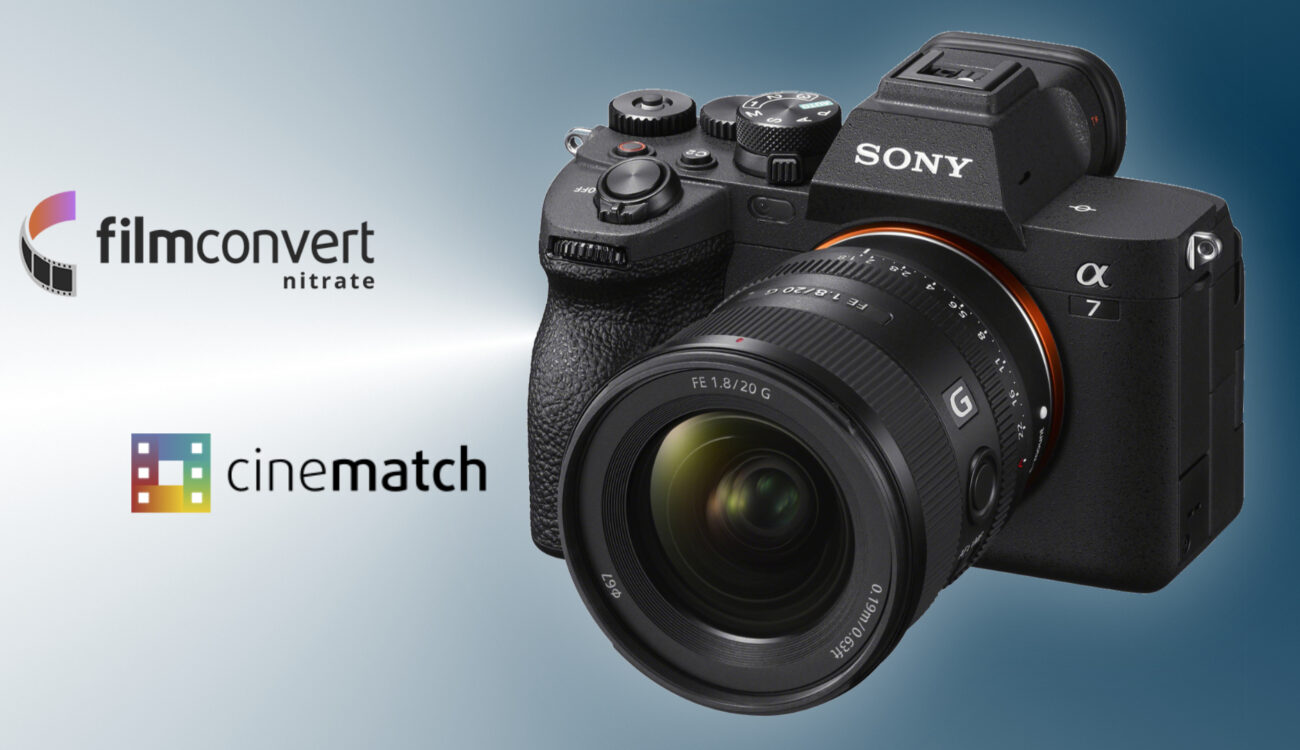 Yet another camera is now supported by the popular film emulsion plugin FilmConvert and its sister product, the CineMatch plugin, which ensures that footage from different camera makes and models can be seamlessly combined. The (very) popular Sony a7 IV was long overdue, but now it’s fully compatible with the above plugins. Let’s take a closer look!

You already know the drill, I’m sure, so I won’t bother you with lengthy explanations about what exactly FilmConvert or CineMatch is. However, if you don’t know these plugins yet, read our coverage here and here. Also make sure to read (and watch) our Sony a7 IV review here and our extensive Lab Test here.

As with all the other cameras already supported, FimConvert didn’t go overboard with flowery press release prose. Rather, they made a succinct announcement: the Sony s7 IV is now supported by both FilmConvert Nitrate and CineMatch with the download of the accompanying camera package now available. That’s about it, really.

FilmConvert / CineMatch for Sony a7 IV

But don’t be fooled: what seems to be a simple download for us end users, it actually is quite a bit of work for the folks over at FilmConvert. They need to get hands on the camera in question, put it through their lab process, taking various measurements and then create custom profiles.

As a result, you get not just a simple LUT, but a comprehensive tool set (tailored to either film emulation in FilmConvert Nitrate or camera matching in CineMatch) that lets you tweak your footage to your liking.

The downloads are located here for the FilmConvert camera pack for the Sony a7 IV and here for the CineMatch camera pack. The camera packs themselves are free of charge, but you’ll need to purchase the host plugin in order to make use of them.

CineD readers can purchase the CineMatch Plugin for 20% off. You can either purchase individual plugins for Adobe Premiere Pro, DaVinci Resolve or FCPX. Or you can take the third option and get the bundle, in case you jump from one program to another.

The release of this FilmConvert / CineMatch camera bundle is especially welcome since the Sony a7 IV is such a popular camera for many filmmakers. It is reasonably priced and has proven to be a very capable all-rounder, suitable for many different shooting situations. So having a dedicated camera package for it should help many filmmakers get the most out of their footage.

Do you own a Sony a7 IV camera? Would you use a film emulsion plugin like FilmConvert Nitrate? Share your experiences in the comments below!