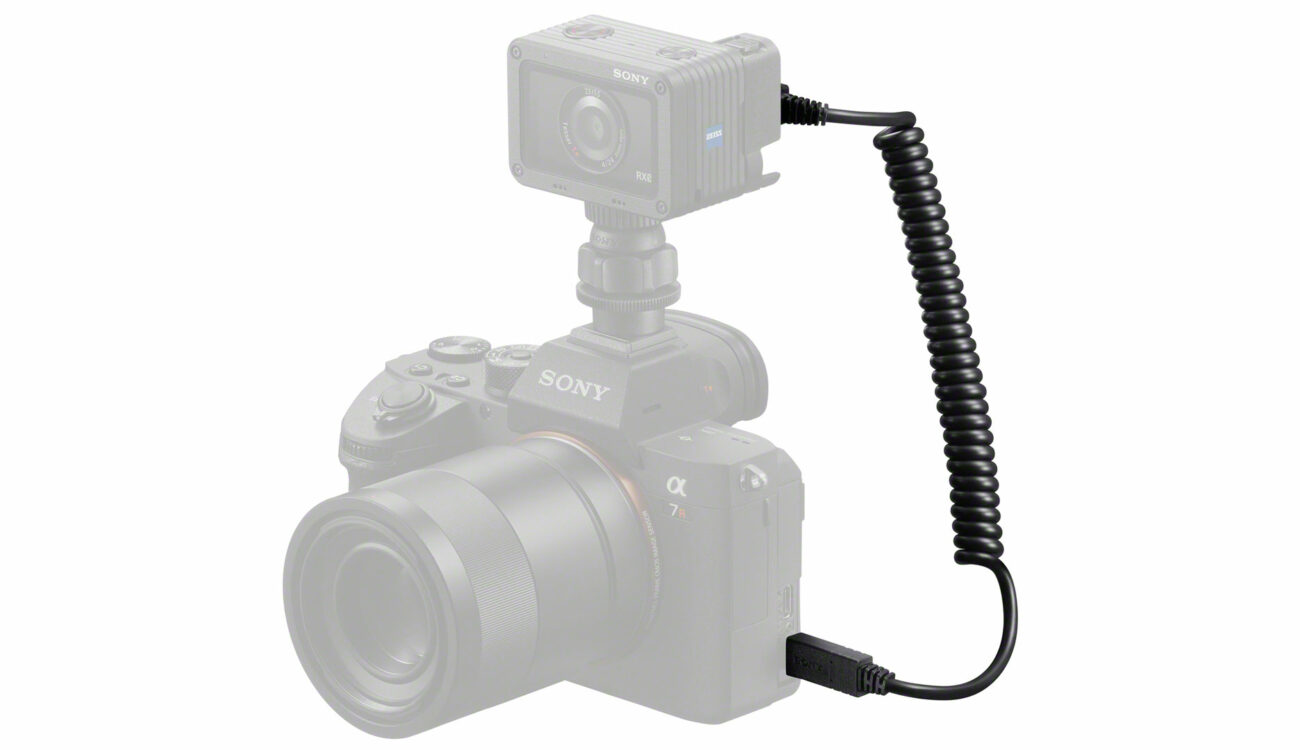 Sony’s new VMC-MM2 RX0 release Cable for the RX0 hooks up the camera to any Sony alpha camera for dual video and photography shooting. 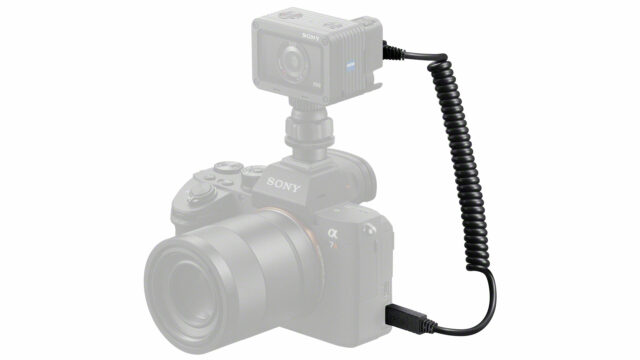 After various reviews of the Sony RX0 (check out Johnnie’s review here), we know that if used in the right way, the RX0 can be a great compact production camera and b-camera for filming. Now, Sony has increased the RX0’s integration with its other cameras, with the introduction of the VMC-MM2 release cable.

Details at the moment imply that the control aspect of the cable acts as a release cable for the RX0, starting and stopping recording or taking still photos. The concept of combining the RX0 into a small filming package is rather clever, turning the RX0 into a simple and almost remote b-camera, an alternative perspective or even for capturing behind the scenes content.

With the Sony RX0 attached to the control camera via the hot shoe, the right angle VMC-MM2 cable plugs in via the cameras USB port, and you are ready to shoot simultaneous video footage and photographs.

Looking at wider applications for this kind of setup, it would certainly have benefits for video journalism, interview content and travel, when taking shooting with a small footprint is necessary.

The Sony VMC-MM2 release cable will be available from April, with pricing details below.

Are you a Sony RX0 and alpha system owner who needs an accessory like this? How would you use this kind of setup in the field? Let us know in the comments.