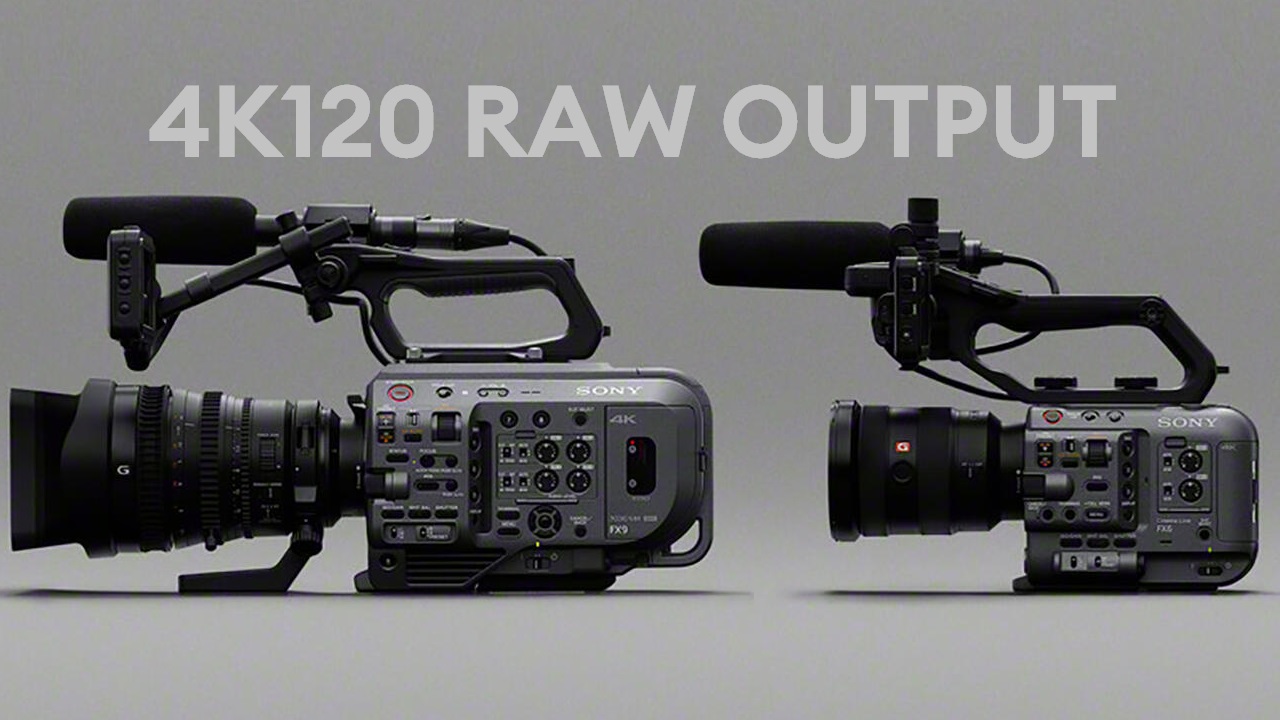 Sony just announced an upcoming firmware update (May 2021) that will add 4K 120p RAW output to both the FX6 and FX9. The output will be compatible with an upcoming Atomos HDR monitor/recorder. Later in 2021, the FX9 will get firmware 3.0 that will include anamorphic de-squeeze, Cinemascope frame lines, and Super 16mm Center Scan mode.

The Japanese tech giant Sony – more precisely its Cine division – just published huge news concerning new products and firmware updates that will be coming out throughout 2021. Perhaps the most interesting news is the upcoming firmware update for Sony FX9 and Sony FX6 cameras (reviews here and here). Let’s take a short look at what is coming.

As Sony discloses in the press release, both cameras will receive firmware upgrades to support 4K 120p RAW output with an external recorder. Now, this is quite interesting – Sony also writes that a new Atomos HDR monitor-recorder joining the Ninja V line-up will support this feature, as of April 2021. Sony confirmed in their press release that Atomos will bring out a new Ninja recorder that will be capable of recording 4K 120p RAW later in April or in May. The firmware update for the FX9 and FX6 is planned for May 2021. Sony did not specify whether the FX9 will still need the XDCA-FX9 extension unit for the RAW output, but I suppose it will.

Furthermore, later in 2021, FX9 Version 3.0 firmware will have new features such as an Anamorphic mode to display 2x and 1.3x de-squeeze and Cinemascope frame lines in the viewfinder. It will also include other features such as the addition of S700PTP, a Center Scan mode for Super 16mm lens, and B4 Lens support with its adaptor.

Furthermore, Sony announced they are developing a new 4K camera system to expand the HDC line-up with a Super35 global shutter CMOS image sensor. The camera will be compatible with Sony’s existing SR Live for HDR workflow with HLG and S-Log3. The new model is planned to be available in 2021.

When it comes to XDCAM camcorders, the 4K shoulder camcorder, PXW-Z750, expands the cache recording duration through the version 3.0 firmware update planned for May 2021. Later in 2021, a firmware update will provide the PXW-Z280 handheld camcorder with HD 120fps support and equip it with enhanced cloud capability.

On top of the mentioned camera-related news, Sony announced a handful of other upcoming updates, which include IP technology, remote productions, cloud-based services, and HDR workflows. If you are interested in any of these fields, you can take a look at the full press release from Sony here.

What do you think about the upcoming update? Do you use the Sony FX9 or Sony FX6 for your work? Let us know in the comments section underneath the article.