“Definitely not an action camera”. The Sony RX0 features a 1-inch sensor, ZEISS 24mm lens and the S-Log2 picture profile.

We get hands on with the tiny Sony RX0, which includes many of the features seen in the RX100 series of cameras with the same high-quality image from the 1-inch, 15.3 megapixel sensor. The menu system will be familiar to Sony users, with the ability to change exposure settings, picture profiles, and even add markers to aid in the video framing and composition. It shoots in HD up to 60p, with HDMI out for external 4K recording.

The construction of the Sony RX0 is extremely sturdy. Sony has put it through stress tests to withstand a load of up to 200kg, and is completely waterproof up to 10m for up to 60 minutes without any external housing. 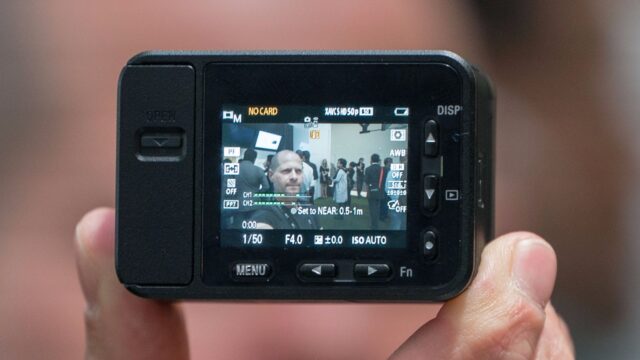 Multiple cameras can be mounted together and controlled simultaneously through the Sony Wireless Commander, the Play Memories Mobile app and a control unit that is still in development. This expands the capture capabilities of the RX0 from bullet time rigs to virtual reality and 360-degree video applications.

For further information, check out our previous article on the Sony RX0 here.

Will the Sony RX0 replace the older action cameras in you kit bag? Let us know in the comments.