A bit over a week ago I was kindly invited along with other respected journalists to a Sony Europe press event for the presentation of the new Sony RX100 V and Sony a6500. Although we were not allowed to insert an SD card inside the a6500, we gained full access to the RX100 V. To be honest, though, the actual time I could spend with the camera was rather limited, so I asked Sony to send me this little state-of-the-art piece of equipment in order to closely inspect the one feature that interested me most: its “High Speed Continuous Shooting mode”. 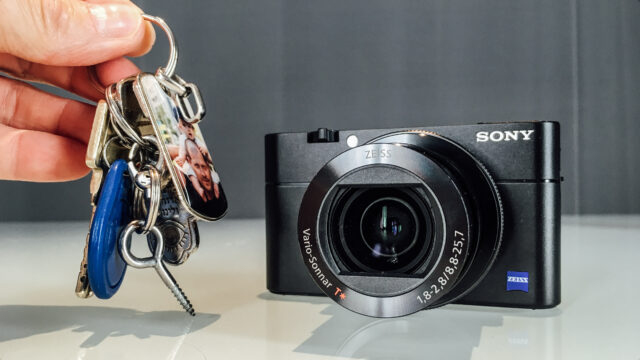 Before diving into my experience with this mode, I would like to state that the video functionality and quality of the new model is very similar to the RX100 IV (but a faster auto focus which is truly nice to have!), and as such, most if not all of the concerns I wrote about in my previous review still stand for the new model, so I’ve decided NOT to fully review the normal video functionality of the new camera. For those of you who prefer a short summary of my mentioned review, here it is: “It is only when starting to use the camera, that one will notice the RX100 IV will function best as a “home shooting device”. The advanced user will suffer the shortcomings and limitations as soon as the shooting requirements get a bit more demanding”.

So instead of using the video mode, I chose to concentrate in exploring the Continuous Shooting mode, and of course there isn’t a better way to do so but producing a short home video… In the above video you can see a mixture of short clips shot in two modes. The slow motion (fun) clips were shot in HFR “High Quality 250fps” mode (shutter at 1/500), while the normal speed clips were shot in “Hi Speed Continuous Shooting Mode”. So, why on Earth was I so interested in this function? During Sony’s press event, I learned that RAW and JPEGs can be captured simultaneously in manual photo mode with the current specification:

Needless to say that with those kind of specifications and the 1″ sensor on the Sony RX100 V, my imagination got busy thinking if and how this mode could be deployed to do some creative professional work. It was only when I got back from the event and sat down to edit my footage that I found out that my photo burst mode clips were not actually recorded at 24fps but rather at somewhere between 18-20fps, and in addition, I couldn’t open the RAW photos I took with any of the software I usually use. (RX100 V RAW is currently not supported by Adobe Lighroom/Photoshop).

So after receiving the Sony RX100 V and having a second chance to explore, here is what I learned about this Hi Speed Continuous Shooting Photo mode:

While on the subject of operating the Sony RX100 V, please note the following: 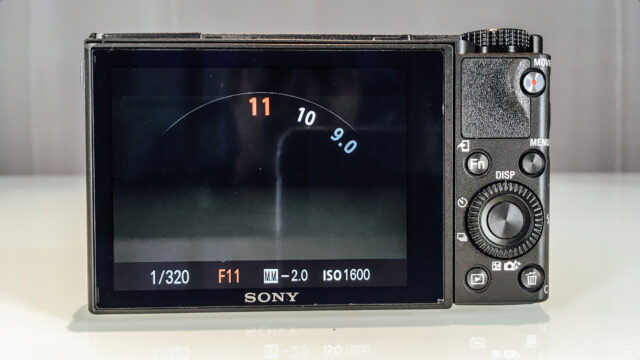 In my opinion, the Sony RX100 V remains a camera with a split identity. On the one hand, it is a technological wonder which integrates the same engine as Sony’s a99II flagship camera in a tiny space. Additionally, it offers a feature-rich video manual control options including some that are hard to find in even more expensive and advanced devices from other respected manufacturers. Also, the improved autofocus in video mode is a pleasure to work with. On the other hand, many functions are “almost there”. A body with a mic interface but no headphone jack, HFR with almost HD quality and continuous shooting mode that might be great for photographers but almost useful to videographers. I’m fully aware that this is not a professional shooting device, and for now it can serve as a great family companion and second camera to just throw in the bag and keep handy for any production. But with a little extra attention and open ear to video enthusiasts, (especially when sales graphs are proving that video professionals would like to use that type of equipment),  this camera could have become a real gem!