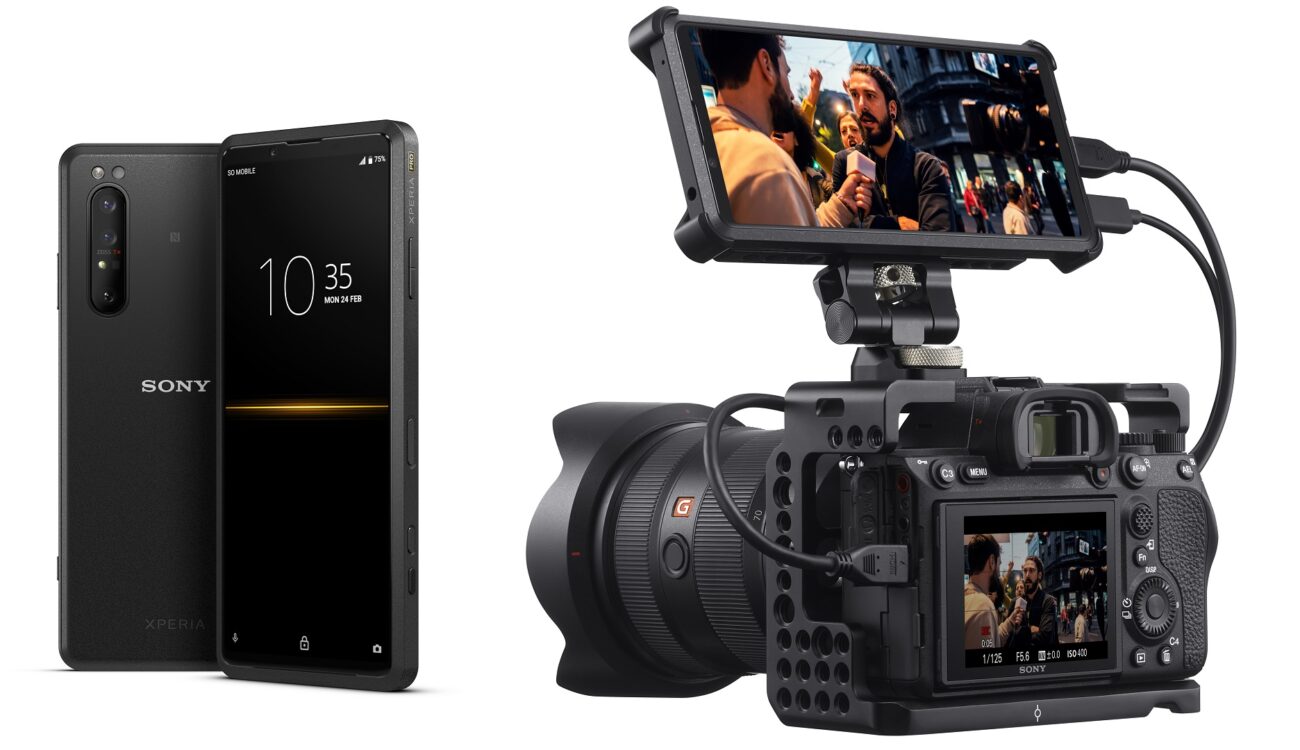 Sony has just announced the Xperia PRO – a new smartphone for professionals that focuses on fast wireless data transfer with 5G mmWave and 5G Sub-6. It has a dedicated Micro HDMI port, so it can be used as an external monitor for cameras while directly streaming video over 5G. Other specs are similar to the Xperia 1 II. The Xperia PRO is available now for $2,498.

Back in February 2020, when Sony announced its new Xperia 1 II smartphone, the Japanese tech giant also teased the Xperia PRO – a smartphone in development for professionals with an HDMI port to work as an external monitor for cameras. Today, along with the Sony Alpha 1 camera, Sony finally announced the phone. Let’s take a short look at its features and specs.

The new Xperia PRO has been designed to provide a maximum wireless transfer speed. The phone supports 5G mmWave and 5G Sub-6 for high-speed data transfer. According to Sony, the 360-degree antenna design and low dielectric constant material used in the chassis provide an optimized 5G signal strength connection.

Furthermore, the Network Visualizer feature (that can be launched via a shortcut button located on the side of the Xperia PRO) provides visualization of the signal direction, communication method, and communication speed of the device to help camera operators locate the best spot for live transmissions. It shows the current signal reception, indicates the direction of the 5G signal that is being received, and provides communication throughput and histogram.

Xperia PRO as an HDMI Monitor

Another interesting feature for video professionals is the dedicated Micro HDMI input connector. By connecting the phone to a camera, it can act not only as a monitor but also as a 5G data link to broadcast the video in real-time. Via compatible third-party apps, the Xperia PRO can stream video to an RTMP server or directly to social media platforms.

Speaking of monitoring, the phone features a 6.5″ 4K HDR OLED display with a 21:9 aspect ratio and it supports BT.2020 color space. Via the preinstalled External Monitor host app, the phone offers a screen lock function, screen brightness adjustment, zoom capabilities, adjustable grid lines, and more useful features. With the phone’s USB connection, the files can also be quickly transferred from a camera and uploaded via 5G to an FTP server.

The Xperia PRO packs the same features as Sony’s flagship Xperia 1 II. Its cameras offer Real-Time AF for both humans and animals, 4K HDR video in 24, 30, or 60fps as well as 120fps slow motion. There are three cameras at the back – 16mm ultra-wide, 24mm wide, and 70mm telephoto camera. The phone’s body combines IP65/68 rating for water and dust resistance and Corning Gorilla Glass 6 for display protection. The Qualcomm Snapdragon 865 processor with Snapdragon X55 5G modem-RF system is powered with a 4,000mAh battery.

The Sony Xperia PRO 5G is available right now. The price has been set to $2,498 which only confirms that it is aimed at professionals who need the unique features that the phone brings.

What do you think about the Sony Xperia PRO? Can you imagine using it with your camera to stream video? Let us know in the comments underneath the article.