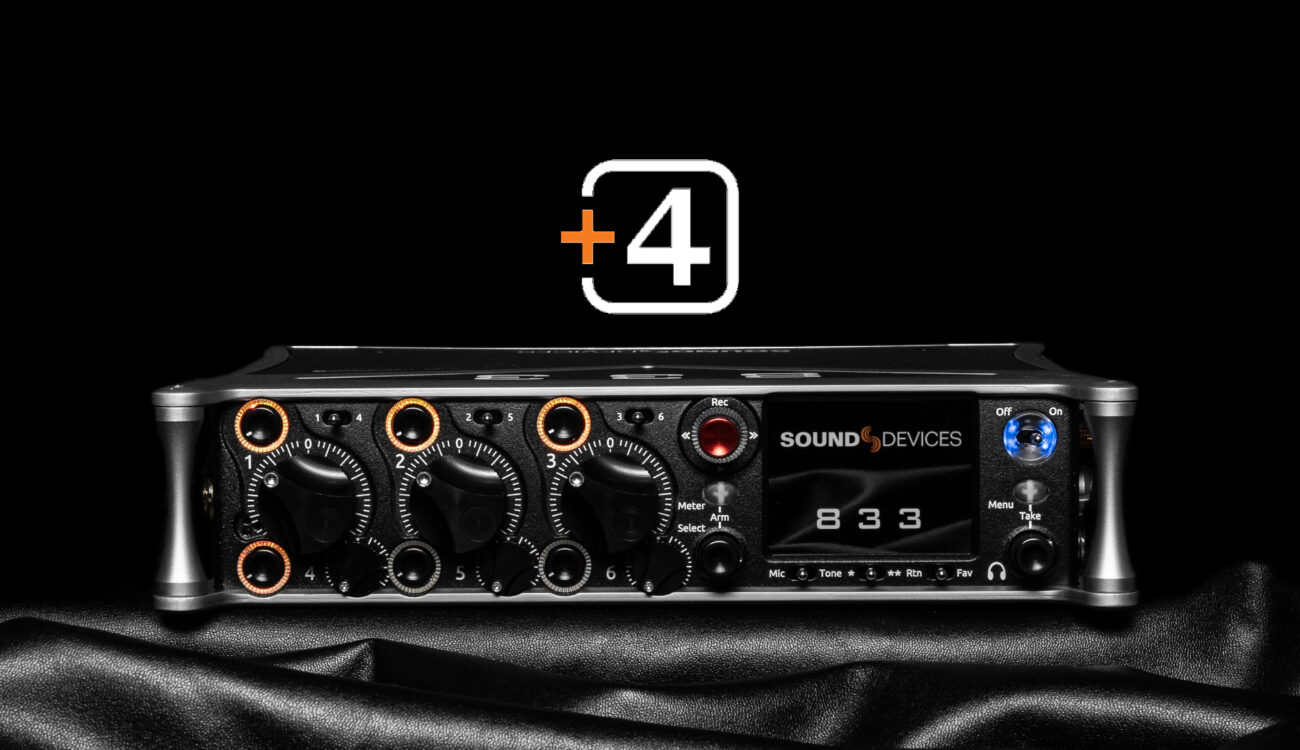 Sound Devices has released a new plugin for its 833 mixer-recorder: the +4 plugin. As its name suggests, this plugin transforms your 833 into a 12 channel / 16 track mixer-recorder. Let’s take a closer look at it!

The Sound Devices 833 is one of the company’s high-end mixer-recorder that was first released in 2019. In a nutshell, this “baby Scorpio” – Sound Devices’ flagship mixer-recorder – features six mic/line preamplifiers, eight channels, 12 tracks, six analog outputs, and a robust internal timecode system.

Audiotonix recently acquired Sound Devices, but it does not stop the audio company from releasing innovative and state-of-the-art products! Indeed, you can now get yourself a new plugin for the 833 mixer-recorder called the +4 plugin, which upgrades your machine to a 12-channel/16-track mixer-recorder.

To expand the Sound Devices 833 capabilities, the American company has just released a new plugin called +4. This plugin adds four ISO channels/record tracks to your unit, which means it now becomes a 12 channel and 16 track mixer-recorder.

You can source these four additional channels from any of the “native” 8 channels. Also, according to Sound Devices, you can “pack in the tracks with wireless channels from your SL-2 and via the analog, AES, or USB inputs.”

Last but not least, you can use these new inputs for redundancy purposes. It means that you can record six unprocessed tracks and route the same input to six other channels with some effects applied: low-cut, EQ, delay, limiters, compression, Automix, NoiseAssist, CEDAR sdnx.

If you use a mobile device running SD-Remote App, these “new” additional ISO channels will also appear so you can easily control them.

What do you think about this new Sound Devices +4 plugin? How many recording channels are you usually using? Don’t hesitate to let us know in the comments below!