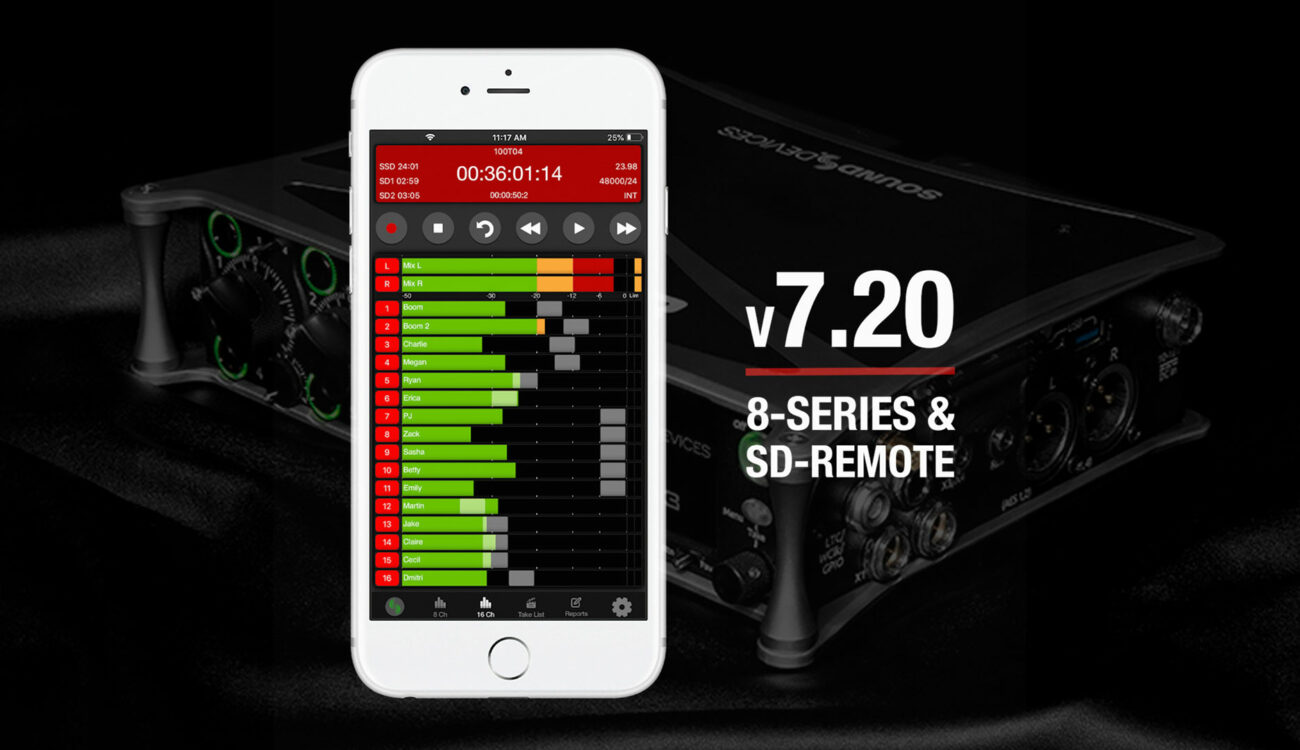 This internal (paid) plugin was introduced back in May 2020 and allowed you to cancel some background noise when recording dialogues.

Also, this firmware update includes support for SD-Remote App on the iPhone, which was previously only available on iPad and Android tablets. This App allows for remote control of faders, trim, pan, transport controls, metadata, monitoring, and more.

Below is the complete changelog of Sound Devices 7.20 firmware update:

As you can see, Sound Devices closely listen to its customers, and all these changes/bug fixes are most welcomed for such a high-end product.

What do you think about this firmware update? Do you already own an 8-Series product? Did you purchase NoiseAssist for your Sound Devices recorder? Don’t hesitate to let us know in the comments below!