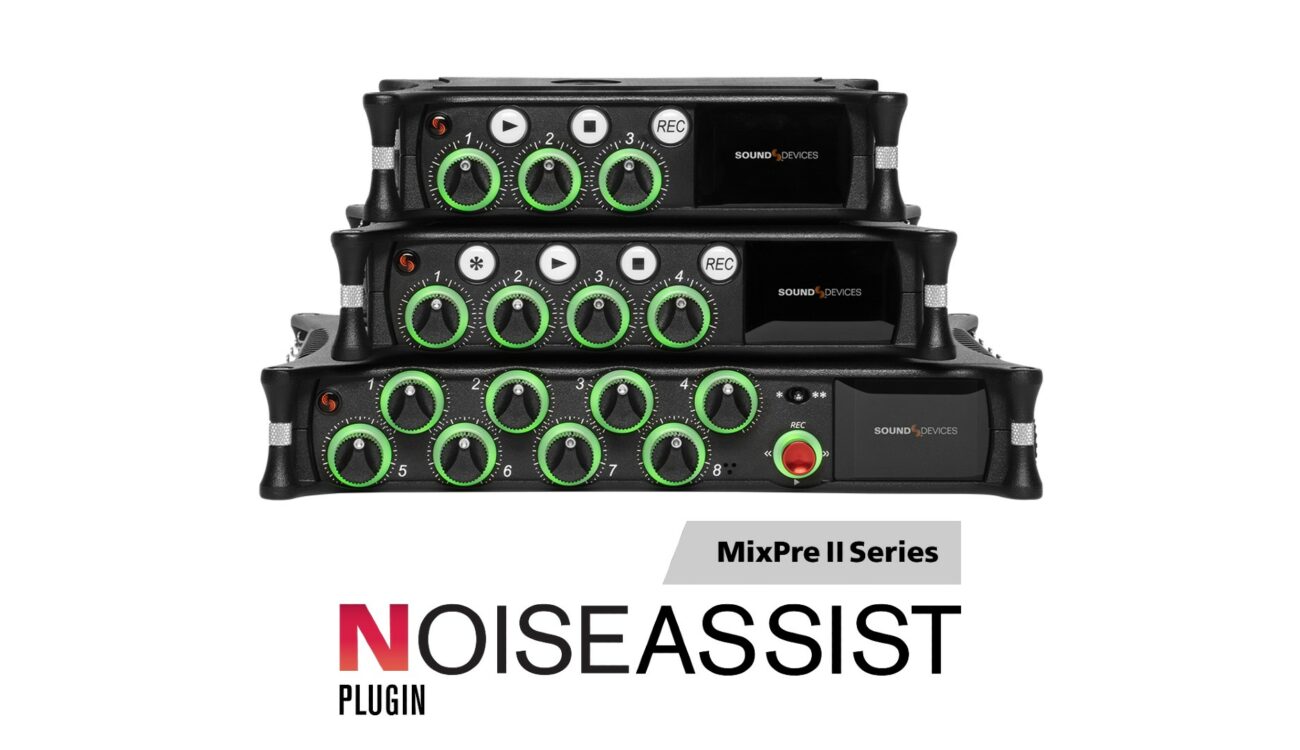 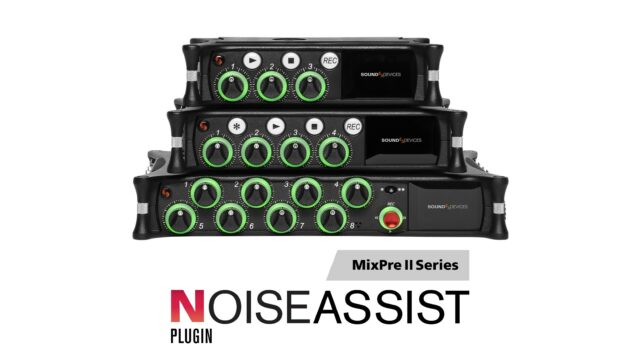 With this update, Sound Devices introduced the NoiseAssist Plugin for the MixPre II Series. The Plug-in was previously only available for the high-end 8-Series Mixer/Recorders (additional info in our news report can be found here). This makes the MixPre II product much more handy and powerful for some situations such as interviews and live streaming.

The update also enables the MixPre to have other features such as output delay both on analog and USB output up to 400ms, which ensures that audio is in sync with camera video feeds; support to the P.I Engineering’s X-Key programmable Keyboards, Sticks and Keypads as control surface; and some other improvements to the product.

The Firmware V7.00 Update does not only introduce the NoiseAssist Plug-in, but also adds some more features to the MixPre-II Series, and fixes some known issues, this includes:

The NoiseAssist Plugin for MixPre II

Earlier this year, sound devices announced the NoiseAssist Plugin for their 8-Series Mixer/Recorder. As the name says, the plugin reduces background noises such as traffic noise, generators, HVAC noise, and more in real-time on the fly. This powerful tool is now also available for the MixPre-II Series mixer/recorders.

The Introduction Video from Sound Devices for the MixPre-II NoiseAssist Plug-in:

The NoiseAssist is very easy to use – simply adjust the amount of background noise to suppress and that’s it. With only 1 ms latency, the NoiseAssist works very fast and efficiently. One instance of NoiseAssist can run on any channel, bus L or bus R. And furthermore, the NoiseAssist can be used with MixAssist Plug-in together, which makes any talking situation sounds cleaner and better, no matter if it’s one, two or more voices.

Please be aware, the NoiseAssist Plug-in is only available for the MixPre-II Series, the original MixPre Series will not be able to install the plug-in.

The NoiseAssist can be purchased at Sound Devices’ Plugin Store, and it is priced at $300. You can check the compatibility of your machine by simply entering the serial number on their purchasing webpage.

Are you a MixPre user? Do you think dealing with background noise while recording audio is wise or better done in post? Let us know your experiences about fighting background noise on set and what you think about the NoiseAssist Plug-in.