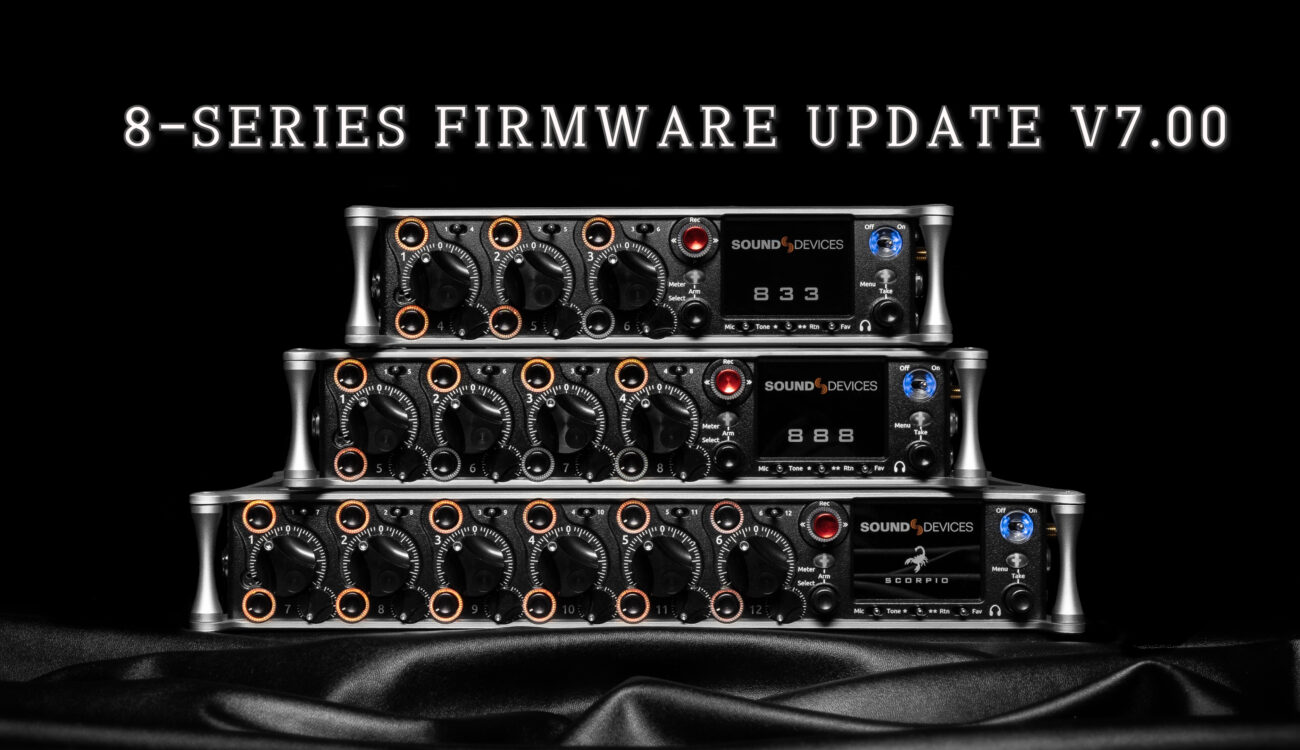 Sound Devices just released a major firmware update for the 8-series mixer/recorder. Besides a long list of improvements and additions, the most notable new feature is SuperSlot support for the Wisycom MCR54 wireless receiver and compressors on all busses. The SD-Remote App also got a v7.00 update with additional features.

The newly released firmware update version 7.00 is for all Sound Devices 8-series mixer/recorder, this includes the 833, 888, and Scorpio.

The most significant new feature is the SuperSlot support for Wisycom MCR54, which allows users to have RF Control such as set frequency, start and view RF Scans, edit parameters, and menu items directly from the 8-series mixer/recorder.

And with the firmware update, compressors are now available on all busses and all channels on pre- or post-fade. A new Q-Marks function (also known as cue markers) allows users to set markers for identifying specific positions of recordings.

There is also a new update of the SD-Remote App version 7.00. The update includes some new views and remote control of faders, trim, pan, and file transfer mode.

The new firmware update v7.00 also brings many changes and fixes to the 8-series mixer/recorder. Some changes help users improve their workflow. i.e., the Sound Report file name format is now changed for easier identification; the virtual channel will not turn off automatically when gain set to -inf, new Dante Source selection user interface, and more.

What do you think about the new features and fixes of the v7.00 Firmware Update? Is there anything that you are waiting for? Let us know your thoughts by leaving comments bellow.