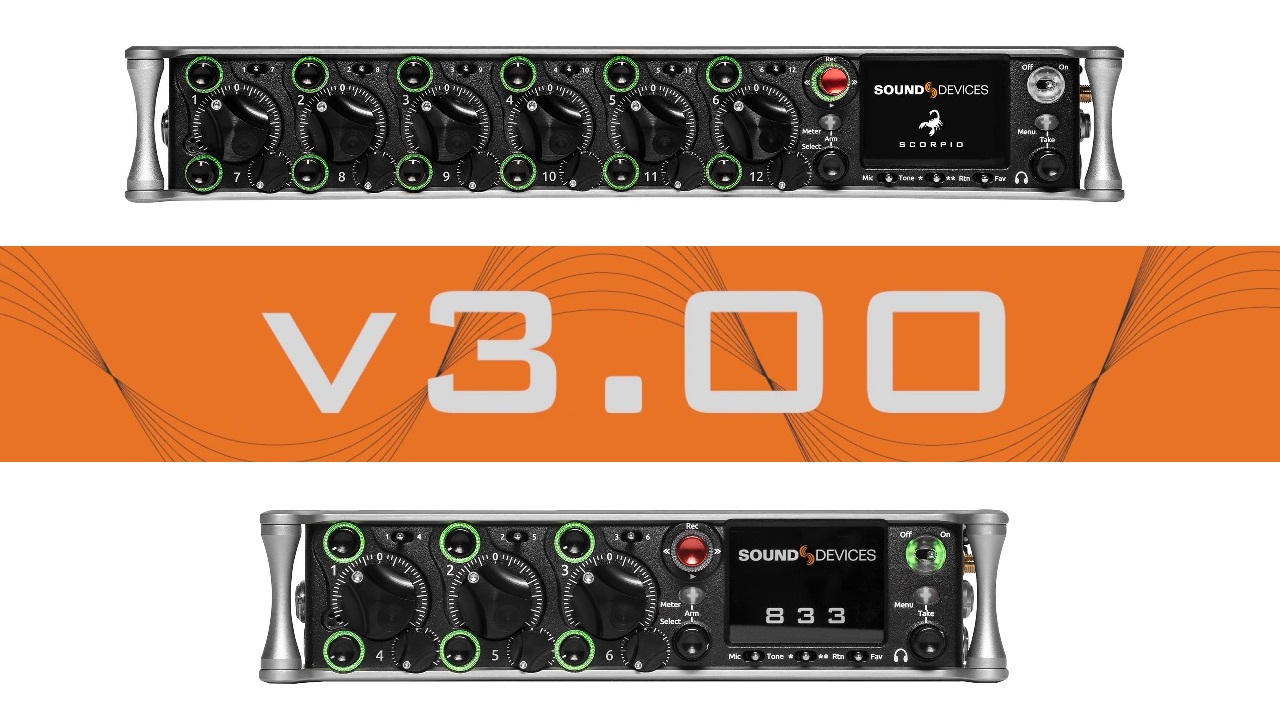 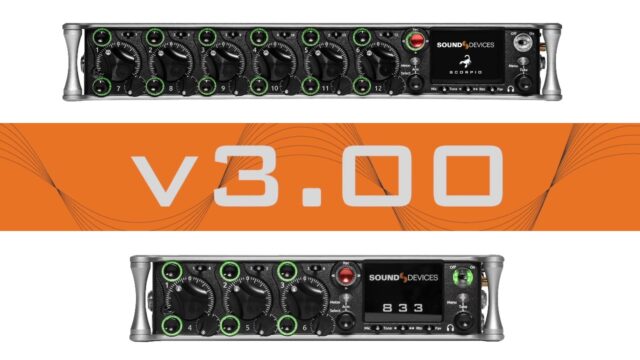 Scorpio and 833, capable audio recorders from the US-based company Sound Devices, have both been released this year. Scorpio is Sound Devices’ flagship sound field mixer and recorder that can record up to 32 channel/36 tracks. 833 is a compact mixer and recorder with 6 mic/line preamplifiers, 8 channels, a 256 GB internal SSD, and dual L-Mount charging and powering. Both recorders just got a new firmware update version 3.00. Which new features and improvements does it bring?

Sound Devices’ MixAssist algorithm intelligently attenuates unused microphones to reduce unwanted artifacts in multi-microphone applications. MixAssist has been available for both 7-Series recorders and 6-Series mixer/recorders and now has joined Dugan Automixing as an available algorithm on the Scorpio and 833.

The Sound Devices CL-12 linear fader controller is now supported. The CL-12 is purpose-built for location sound recording needs and expands the flexibility of the Scorpio and 833 ecosystems. 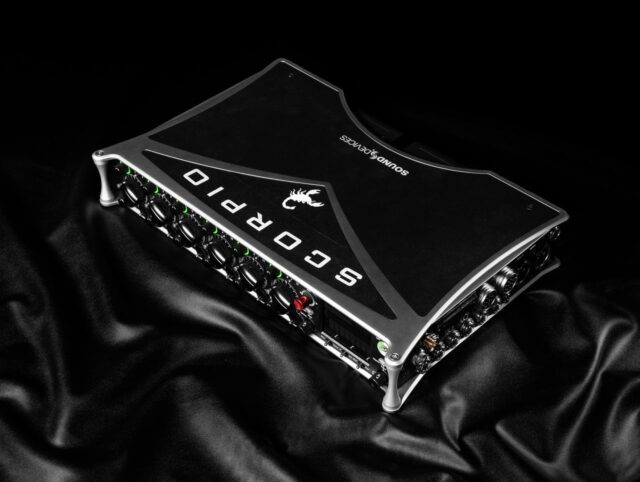 Additionally, Smart Battery telemetry has been added to the Scorpio and the 833. Both mixer-recorders will now display relevant Smart Battery information, such as battery time remaining, percentage remaining, cycle count, and temperature. 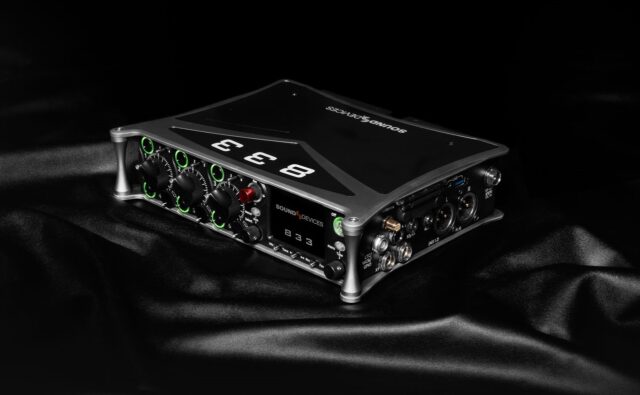 Scorpio and 833 users can upgrade to firmware v3.00 free of charge by visiting the Sound Devices Downloads page.

Do you use Sound Devices recorders for your work? What do you think about the new features added in version 3.00? Let us know in the comments underneath the article.