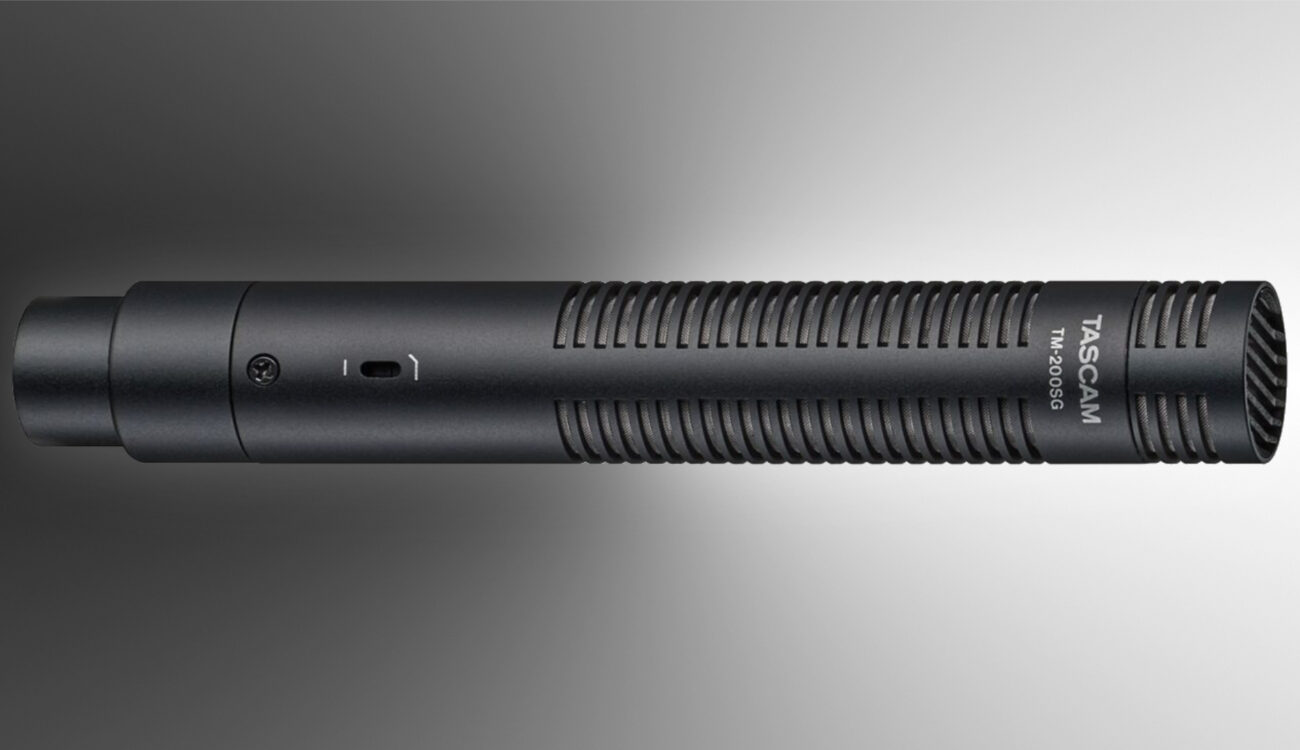 TASCAM TM-200SG is a compact shotgun microphone with a length of 153mm, super-cardioid polar pattern, and built-in low-cut filter. The microphone does not have any battery – it accepts 48V phantom power via XLR connector. Available for $149.

TASCAM has been supplying filmmakers with audio recorders and other audio devices for decades. For example, last year in January, the company launched a new DR-X series of audio recorders. The most recent TASCAM announcement includes a new compact shotgun microphone called TM-200SG. Let’s take a short look at its features and specs.

The TASCAM TM-200SG is a new shotgun microphone with a standard 3-pin XLR connector at the back. Thanks to its compact size – 23 mm (diameter) and 153 mm (length) – it can fit well as an on-camera microphone for mirrorless cameras and DSLRs as well. However, since it needs a decent preamp which supplies 48V Phantom Power, a bigger “cinema camera” might be a better fit here.

The microphone features a super-cardioid polar pattern which is suitable for directional, focused audio. There is also a built-in low-cut filter (3dB/oct at 160Hz) for eliminating environmental hum and noise in the lower frequencies. The TASCAM TM-200SG does not include any battery. The mic gets its power via the XLR port’s +48 phantom power supply (48V DC). It weighs 53g.

In case you are interested in the full technical specifications of the new shotgun microphone, here is a list from the TASCAM webpage:

The TM-200SG microphone can be pre-ordered right now. It is expected to start shipping after May 19, 2021. The retail price has been set to $149. Apart from the microphone itself, each package also includes a windscreen, mic clip with shoe mount, and soft protective case.

What do you think about the new TASCAM TM-200SG? Would you choose it over other on-camera shotgun microphone options? Let us know your thoughts in the comments section underneath the article.