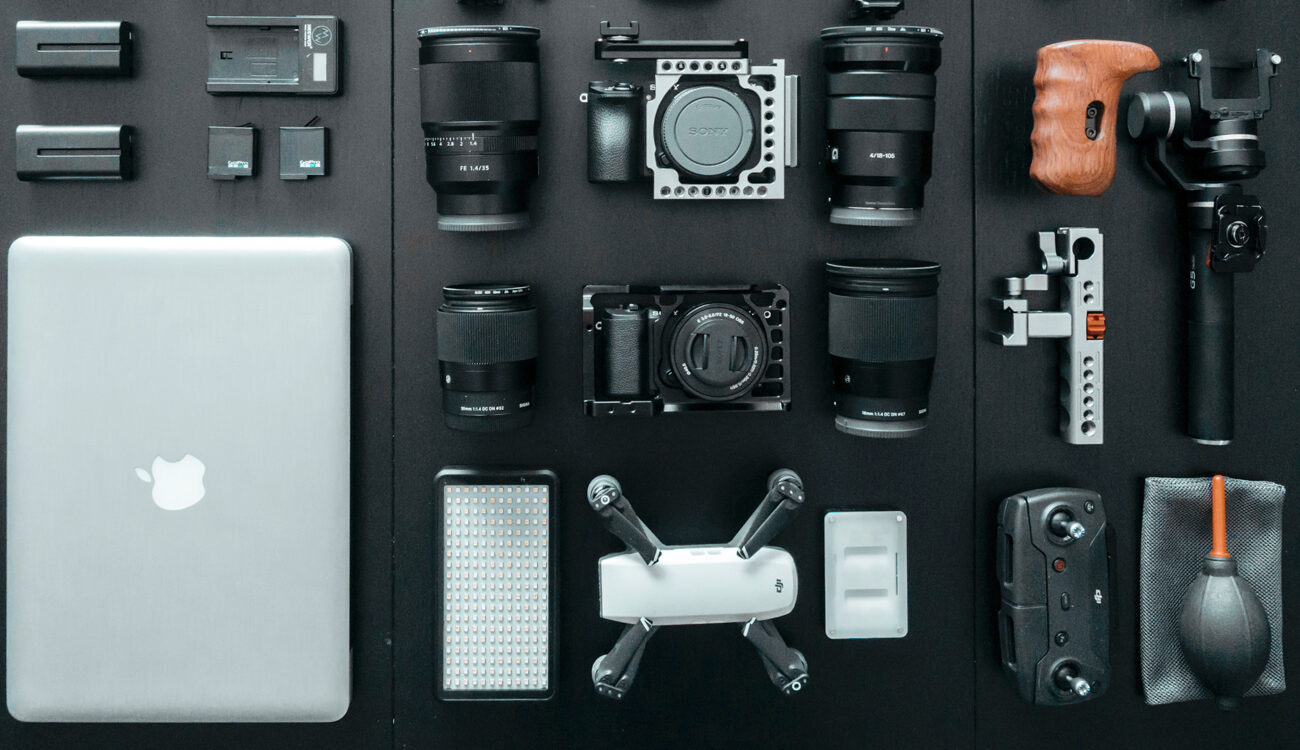 2018 is almost over and these lines were supposed to summarize the almost 365 days behind us and provide a glimpse of 2019. But instead of listing each and every major tech product of 2018, I’ll take a slightly different approach. What is the future of indie filmmaking and how does modern gear technology in mirrorless cameras helps to shape that future? 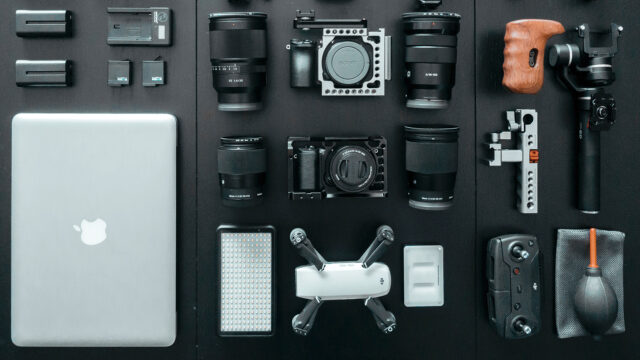 FUJIFILM X-T3, Canon EOS R, Nikon Z6 and Z7, Blackmagic Pocket Cinema Camera 4K (BMPCC4K), Sony A7 III or the Panasonic GH5 / GH5s to name just a few (make sure to read Johnnie’s article about best small cameras of 2018). All these cameras are tiny in comparison to proper digital cinema cameras. And all of these cameras are very potent filmmaking devices which were impossible to think of just a few years ago.

The one key spec which impacts the resulting video quality the most is bit-depth and chroma sub-sampling. There are more factors, but the ability of recording 4:2:2 10-bit is one of the most important factors that sets a pro camera apart from a consumer camera. Guess what: this barrier is about to collapse. The GH5, released in early 2017, is already capable of recording 4:2:2 10-bit internally but it sports a micro four thirds sensor “only”. Many of the mirrorless cameras of 2018 either record 4:2:2 10-bit internally or at least output it via HDMI. The BMPCC4K records raw as a cDNG stream (Blackmagic RAW seems to be around the corner) but –again– it “only” uses a micro four thirds sensor. The Sony A7 III tops out at 4:2:0 8-bit (internally) and 4:2:2 8-bit (externally) but it sports a full-frame sensor. Wait and see what the upcoming a7S III will offer! The FUJIFILM X-T3 does 4:2:0 10Bit internally and steps up to 4:2:2 externally, all with a super35 (APS-C) sized sensor. 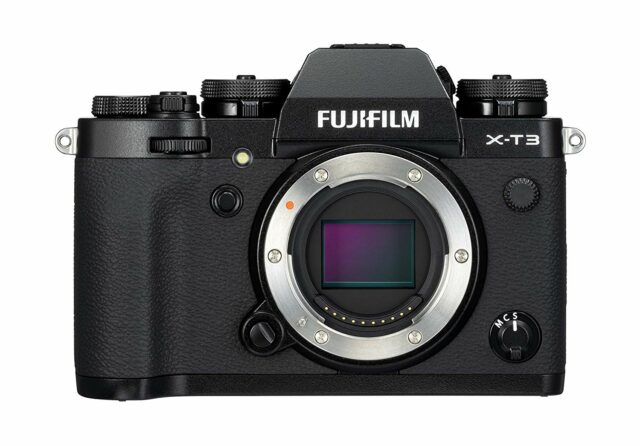 With cameras like the Panasonic Lumix S1 and S1R and the aforementioned Sony a7S III, which are anticipated for an 2019 release, the number of 4:2:2 10-bit capable devices with large sensors will grow but the compactness of the camera bodies will remain the same.

Pro technology trickles down to more affordable gear, that’s a trend which started earlier of course but in 2018 we got to a point at which the transition from mega-bucks cameras to very affordable gear is in full swing. The point is: These less and less bulky cameras don’t compromise on quality any longer. To me, 2018 marks the year in which the equation small device = poor quality is no longer valid. This opens a door to a new thinking and new concepts for indie filmmakers.

It’s not only cameras, obviously. Everything regarding indie filmmaking gear gets smaller, more lightweight yet super capable without compromising on quality. The good ol’ V-mount / Gold mount batteries for powering your (big) pro camera are now available in tiny sizes. Bebob offer their V-micro line of batteries, CoreSWX have the Hypercore 9 Mini and the Power Base EDGE (even as a specialized model for the BMPCC 4K). Building a decent rig becomes a whole lot simpler if the battery is not the bulkiest part of it! 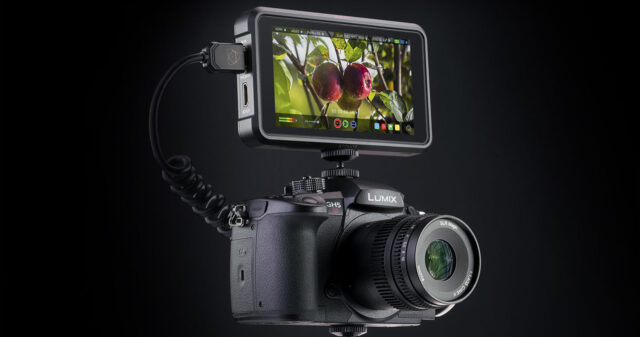 External video recording is still a thing, for obvious reasons. But even solutions for full-fledged external recording become smaller and yet as feature-packed as full-sized gear. The Atomos Ninja V fits a mirrorless rig perfectly while the larger Shogun Inferno might seem a little bulky on such a camera. The BMPCC4K renders an external recorder obsolete and to be honest I’d be happy to see more (smallish) cameras with such potent recording options, including high frame rates, in 2019.

Internal sensor stabilization is another buzz word of 2018. Not every camera has it and it’s one of these things which might tip your buying decision to one or the other make and model. If you, like me, chose a non-stabilized body such as the superb FUJIFILM X-T3 you might want to get a gimbal for certain smooth tracking shots. In 2018, grabbing a powerful yet decently priced one, is not a problem anymore (here’s our review of the X-T3). 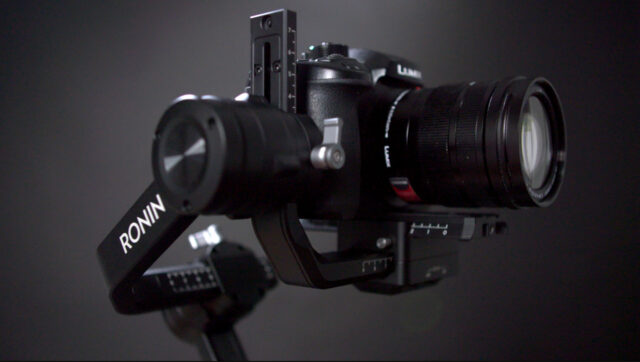 The gap between huge devices such as the MōVI Pro or the DJI Ronin 2 and smaller single handed gimbals is no longer very big. Sure, a bigger device can handle (way) higher payloads but the single handed Ronin-S is indeed a very capable gimbal for all of the aforementioned mirrorless cameras (here’s our review of the Ronin-S)! It’s actually kind of overpowered for such a camera which ensures very good reliability and performance even for demanding movements. Other options are the Tilta Gravity G2X or the new Zhiyun Crane 3 Lab. 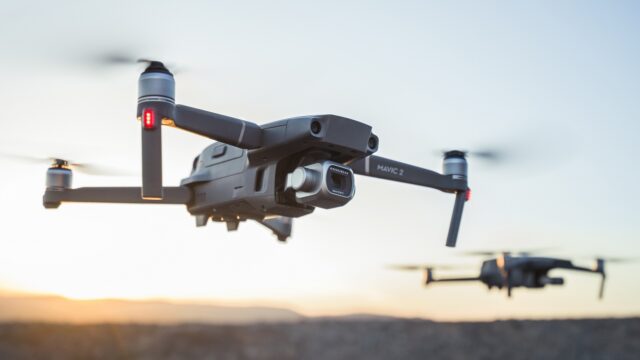 Wanna film things from above? The new DJI Mavic 2 Pro is a pocket-sized drone which packs lots of punch for its tiny size. You can carry one of those along with your other gear all the time. If you need it: it’s there waiting to lift off. If you don’t: no worries, maybe next time. Compared to that bringing an Inspire 2 to set is a bit of a hassle. The Inspire 2 is the better drone, sure, but for many use cases the Mavic 2 will be just fine without comprising too much on image quality.

You see where this is heading, right? In late 2018 you can pack a whole truckload worth of filmmaking gear into one reasonable sized backpack. Useful options would be the new Peak Design Travel Backpack complete with packing cubes in various sizes (2018) or the WANDRD PRVKE (from 2016). 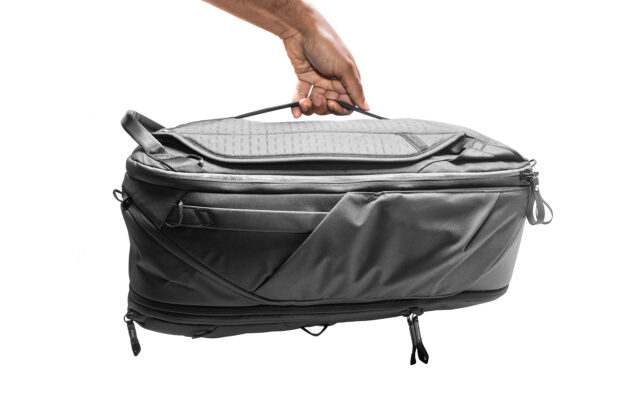 It’s all about portable, versatile, customizable and modular gear. Everything gets smaller, yet more powerful. Being a one-man band is not an obstacle anymore but an opportunity. Grab your bag and go. Camera, on-board monitor, lenses, gimbal, drone, travel tripod, batteries, media, it’s all in there!

All of the above-listed gear would leave the technically savvy guy (or gal) of 2015 with an incredulous look and a strong craving reflex. Just because the specs seem to be way too good to be true for such smallish pieces of gear.

You could easily employ a recent mirrorless camera as a B-cam next to a proper camera such as a Canon C300 mark II. Depending on the job, you could even replace the bigger camera without being left behind with bad image quality. You can use a Mavic 2 Pro instead of a Phantom 4 Pro V2.0 or Inspire 2. Sure, there are differences in terms of image quality but the point is: The Mavic 2 Pro is not bad – at all! The aforementioned gear is not inferior just because it’s not playing in the premier league of filmmaking. All of it is very decent indeed.

Being in this business for more than a decade (15 years to be exact) I know that cutting edge gear always was kind of the minimum requirement for most jobs. And I think these times are over for good. Cutting edge gear will always be a thing but for the average indie filmmaker it’s not only OK but very reasonable to employ average prized gear for their jobs. As I’ve stated before: Average doesn’t mean inferior any longer. Just like with audio gear, video gear doesn’t need to be cutting edge anymore in order to perform at a very decent level.

Pro cameras will always play their role and depending on the job they are worth the bulk and cost. On many other jobs, however, a smaller package will do just fine. Just grab your tiny yet super powerful mirrorless camera and off you go!

And when you’re done shooting, recent developments transform your laptop into a pro workstation: Just connect a portable eGPU and edit / grade / export away. Everything in a traditional post production pipeline can be achieved using a laptop right there in the field. Again, full-fledged post suites are still a thing of course but you can do it on the go. This was impossible in 2015 but here we are on the brink of 2019… 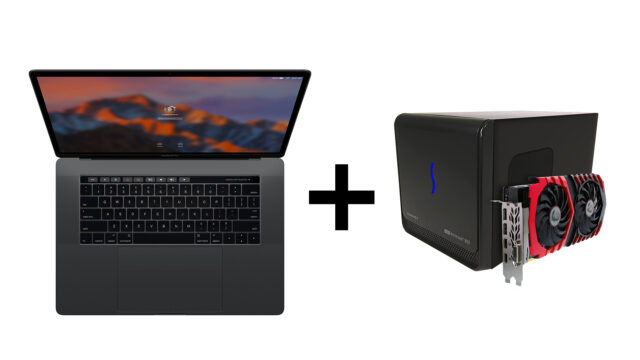 This is the future and it will evolve in 2019 and beyond. As I stated in the beginning, this article was meant to sum up 2018 and in a way it did. My approach is putting together a one-bag solution with 2018 tech for all my indie filmmaking needs for 2019 and I will write up a dedicated post once I’ve finished building it. Let’s cut some bulk while remaining confident that we are employing state of the art technology!