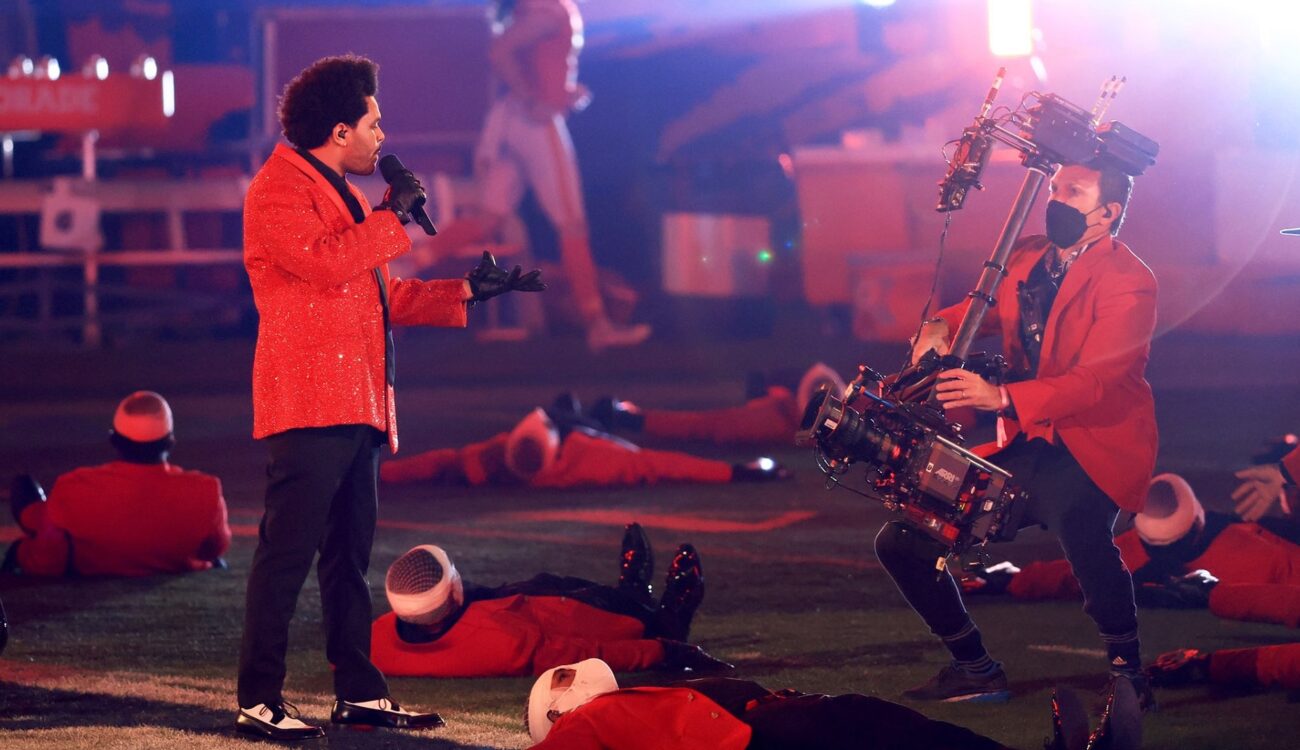 This year’s Pepsi Halftime Show with The Weeknd during the Super Bowl LV was broadcast using ten ARRI Super35 cameras. PRG, the company behind the technical side of the show, shared some interesting information about the equipment used.

Even if you, like me, don’t follow American football, you must have heard about the Super Bowl – the annual championship game of the National Football League (NFL). It is not uncommon to watch the Super Bowl every year even though you do not follow NFL all year long. The final match of the National Football League long ago exceeded the boundaries of the sport.

Watch the video below (it seems that the rights holder does not allow to embed the video, but do not worry, it is just a click away over on YouTube):

This year’s Pepsi halftime show during the 55th Super Bowl featured the Canadian singer, songwriter, and record producer Abel Makkonen Tesfaye known professionally as the Weeknd. Why am I writing about it on CineD? The international entertainment production company PRG that was responsible for the technical realization of the show shared some interesting information about the light and camera equipment used on the halftime show.

PRG has been a technical partner of the Pepsi Halftime Show for more than 20 years. This year’s show was produced by Roc Nation and directed by Hamish Hamilton of Done and Dusted. While PRG provided lighting and video equipment for other segments of the Super Bowl as well, for the Halftime Show itself the rental order was comprised of more than 700 lighting fixtures.

Among them, there were 8 proprietary PRG GroundControl Longthrow units, an advanced automated follow spot, 2 GroundControl Best Boy Luminaires, 140 Icon Edges, and 64 Best Boy Spots. The light design for the show was made by Al Gurdon.

The camera equipment used for the live broadcast of the Halftime Show was what caught my attention. According to PRG, this year’s Halftime Show broadcast included “cinema-style” (large sensor) cameras for the first time in Super Bowl history.

Hamish Hamilton, a director of Oscar and Emmy award shows, wanted to employ a cinematic feel to this year’s Pepsi Halftime Show. PRG supported the idea with its so-called 35Live! multicamera system. As PRG states, the camera order included 3 engineers, 8 ARRI ALEXA Minis, and 2 ARRI AMIRAs with lenses and accessories.

The middle segment of The Weeknd’s show takes place in a lit maze with a close-up camera with an ultra-wide-angle lens. As PRG further writes, the camera used for this segment was an ARRI AMIRA with the ARRI Ultra Prime Zeiss 8mm Rectilinear lens. For the last part of the show, the crew used streak filters to achieve the trippy vertical color bleed effects.

Did you watch this year’s Super Bowl and the Pepsi Halftime Show with The Weeknd? How did you like it? Let us know in the comments section underneath the article.