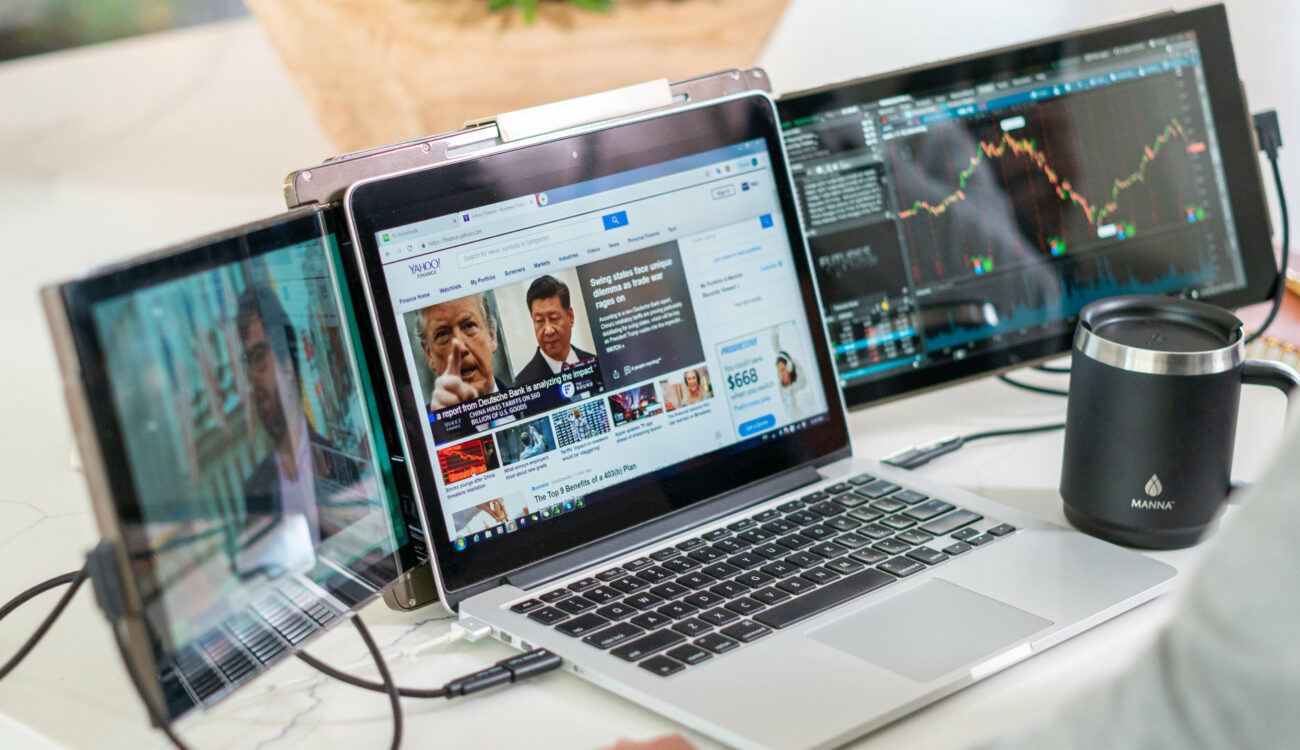 About a year ago we reported about DUO, a laptop accessory for doubling the screen real estate while working away from that multi-screen workstation. In 2019 DUO (which changed its name to DUEX shortly after the successful Kickstarter campaign) gives place to its successor: TRIO. 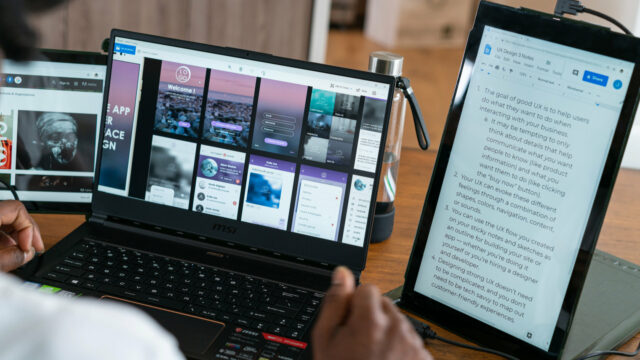 TRIO is still about adding one extra screen to your existing laptop screen. so why is it called TRIO you might ask? Well, this new model is designed in a way that you can stack two TRIOs on top of each other, resulting in, you guessed it, a trio of screens.

There are two models: the ´normal´ TRIO which sports a 12.5“ screen and a TRIO pro one which comes with a 14“ screen. Watch the Kickstarter campaign video below for a quick roundup:

The TRIO is the result of user feedback of the original DUEX (aka DUO). The team has managed to make the TRIO 40% more energy efficient, lighter, more compact and they implemented the ability to adjust the brightness right into the unit. If you choose to get two TRIOs you now can clip both units together and extend your existing screen to the left and to the right. Or you can mount one of the TRIOs in portrait mode (hi there, geeky coders!) using the new and improved kickstand.

When using two TRIO screens you now can rotate both screens to the back so they form a triangle, pretty neat for roundtable presentations!
Just like the former DUEX, TRIO attaches to your laptop via four magnets. These magnets will hold the extra screen(s) in place but they won‘t safe your laptop screen from tipping over to the back and that‘s why the base of TRIO actually sits on the table so the units weight won‘t stress your laptops hinge too much. 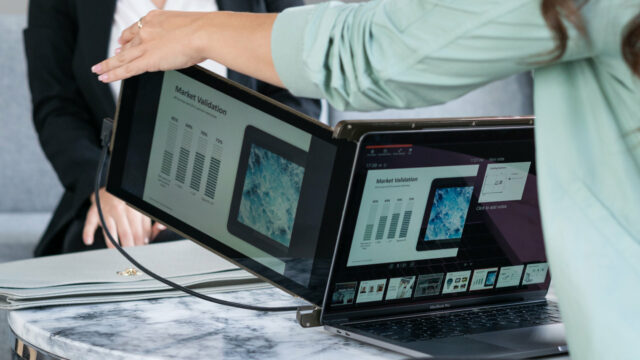 The same USB connection is being used for transmitting the video feed from your laptop, that’s why you‘ll need to install a custom USB to eDP (Display Port) driver on your laptop of choice. If you‘re running a linux machine a custom DisplayLink driver is needed.

TRIO is scheduled for a Jan 2020 delivery but please keep in mind that we‘re talking about a Kickstarter campaign here. Things can go smoothly or not. You never know, just know that it‘s not a shop you‘re buying stuff in, it‘s a crowdfunding platform with all the risks and benefits. 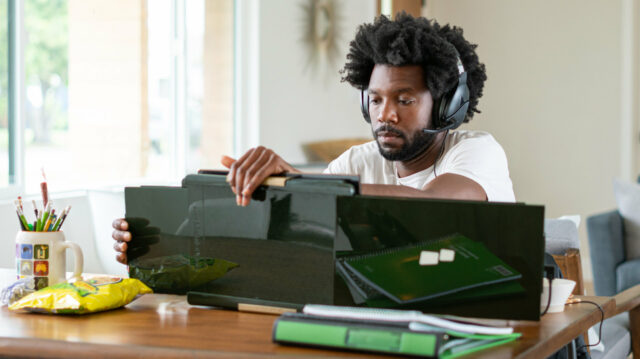 While the last campaign was super successful, Mobile Pixels just had to announce a delay of delivery for the second batch of DUEX units on their Indiegogo campaign. This was due to an IC chip that became obsolete during production so they had to re-source another chip and redesign the circuit board. Not a major issue but just be aware that these things can happen during such a campaign.

If you are a Mac guy or girls and you own both, a MacBook plus an iPad, you also can use that very iPad as a second screen for extending your screen real estate. The popular Duet app syncs or extends your Desktop to the iPad in high quality and with zero delay. With the upcoming iOS 13 the same feature is build right into the OS — under the name sidecar.

What do you think of this device? Do you have any experiences with the DUEX (DUO)? Share your thoughts in the comments below!