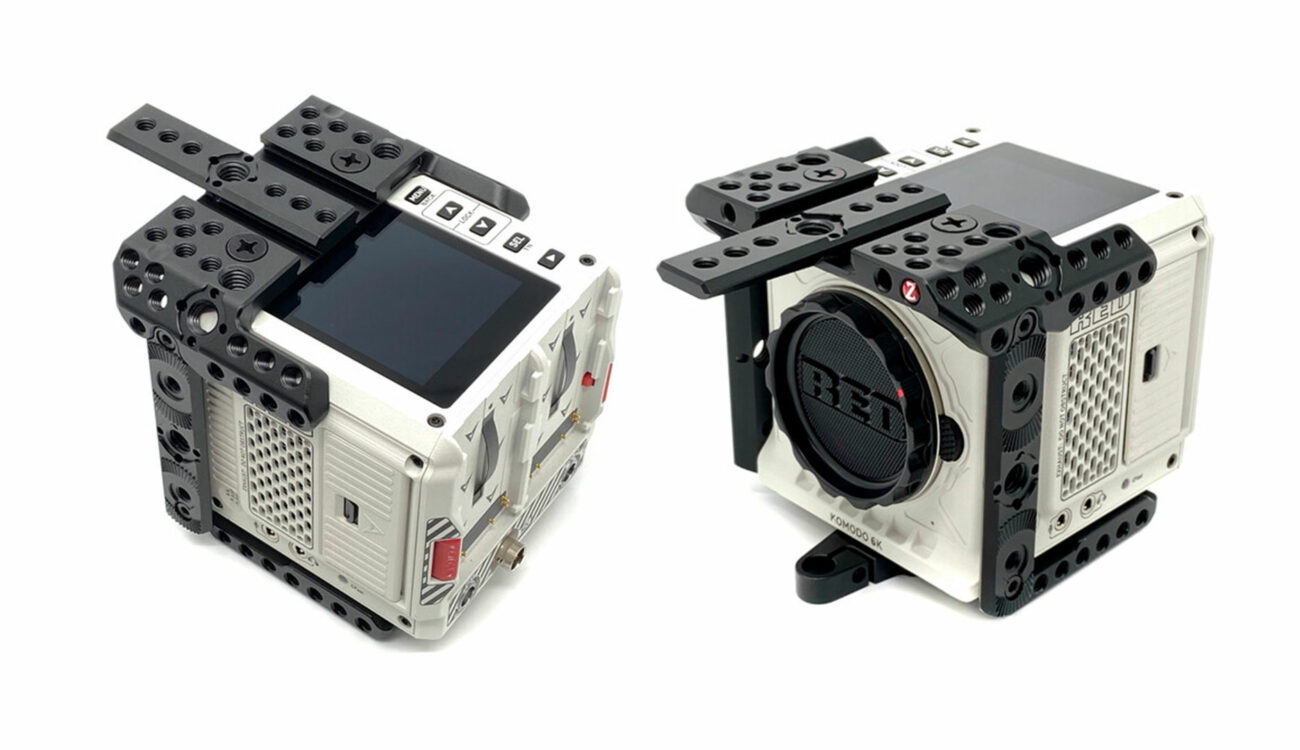 Zacuto, the American company specialized in third-party camera accessories and rigging solutions, has released its Zacuto RED Komodo cage solution that consists of a base plate, two side plates, and a bottom plate. As usual, you’ll find 1/4″-20 and 3/8-16″ mounting points all over the place, as well as an integrated Z-Rail (NATO standard) built into the top plate. In addition to that, they also launched a new Rosette Trigger handgrip. Let’s take a closer look at it!

After Wooden Camera, Tilta and a couple of other camera accessories manufacturers, Zacuto has just launched its lineup of cage and rigging solutions for the RED Komodo that already started shipping. The queue of orders for the camera is still very long, so Zacuto is just in time for the party!

The Zacuto RED Komodo cage can be seen as a minimalistic and modular approach to what a cage for the Komodo should be. Indeed, the camera body is small, and I think you should be able to rig it as large or as small you want, depending on the type of project you’re shooting. To do that, your cage must adapt to your shooting style and not the other way around.

All parts are made of aircraft aluminum, which is strong and lightweight. Of course, this cage will work perfectly with the Zacuto ACT Recoil eco-system if you want to switch between tripod/handheld/shoulder rig configurations quickly.

Along with the Zacuto RED Komodo cage, the company has also released the Zacuto Rosette Trigger handgrip. This handle is a very compact, low profile trigger grip that rotates 360 degrees with a simple press of a lever and that is rock solid once you let the button go.

The Zacuto RED Komodo cage is available for pre-order now for $237.50/€230. You can also buy all individual parts of the cage separately if you want.

What do you think about Zacuto’s approach to a cage for the RED Komodo? What cage did you purchase for your Komodo? Don’t hesitate to let us know in the comments below!