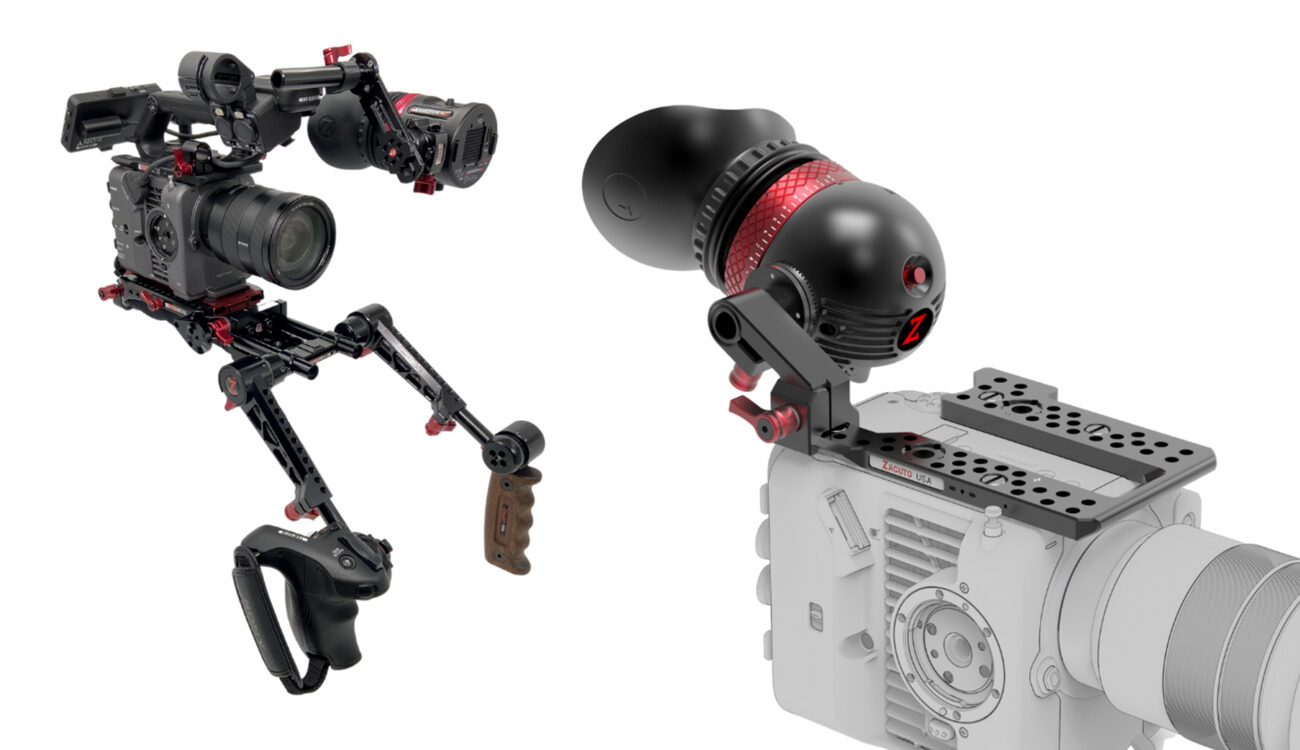 Zacuto recently released a couple of accessories for the Sony FX6, including a top plate, a Z-Finder solution with a shoulder mounting kit, a handle mount adapter. Let’s take a closer look at all these products!

US accessory manufacturer Zacuto is moving fast with new releases recently, with accessories for the Canon EOS C70, the RED Komodo, and now the Sony FX6. There are no doubts that these three cinema cameras are the hottest new tools if you’re looking for a camera in the sub $10K market.

Let’s start with one of the core items of every camera rig, the top plate. This plate contours around the Sony FX6’s top handle and features several 1/4″-20 and ARRI Style 3/8″-16 mounting holes. The Zacuto top plate attaches to the camera via four 1/4″-20 screws for a very secure fit. As always, with Zacuto’s accessories, the top plate is entirely made out of metal.

Also, on the right side of the Zacuto Sony FX6 top plate, there’s a built-in NATO rail so that you can attach additional accessories. The top plate doesn’t obstruct the FX6’s built-in monitor mount at the camera’s left-back, which is nice.

The Sony FX6, like the Canon EOS C70, doesn’t have a built-in EVF, which can be problematic in bright daylight shooting conditions. Of course, you can use a third-party EVF to solve that problem (like Zacuto’s own Gratical EVF series), but Zacuto also developed its own Z-Finder, Z-Finder Mount, and Shoulder Mounting Kit.

The Sony FX6 Z-Finder attaches to the FX6’s original LCD screen and locks securely into place. It offers you a 2.5x magnification with diopter adjustment from -4 to 0 (extender frames are also available). The Z-Finder features Zacuto’s anti-fog glass diopters for extra comfort.

Finally, for maximum flexibility, you can get the Z-Finder Shoulder Mounting Kit that consists of a handle mount, an Axis Micro, a 1/4″-20 Fluid Rosette Mount, and the Rosette adapter for the Sony LCD. That way, you’ll be able to mount your FX6 Z-Finder in every possible position.

A Zacuto Sony FX6 Recoil Rig with dual trigger grips (the grips are the same as those for the FS5/FS5 Mark II and FS7), with everything included, and a VCT Pro baseplate will be available for $1700.

What do you think about all these parts for the Sony FX6? Did you already receive your camera? Don’t hesitate to let us know in the comments below!