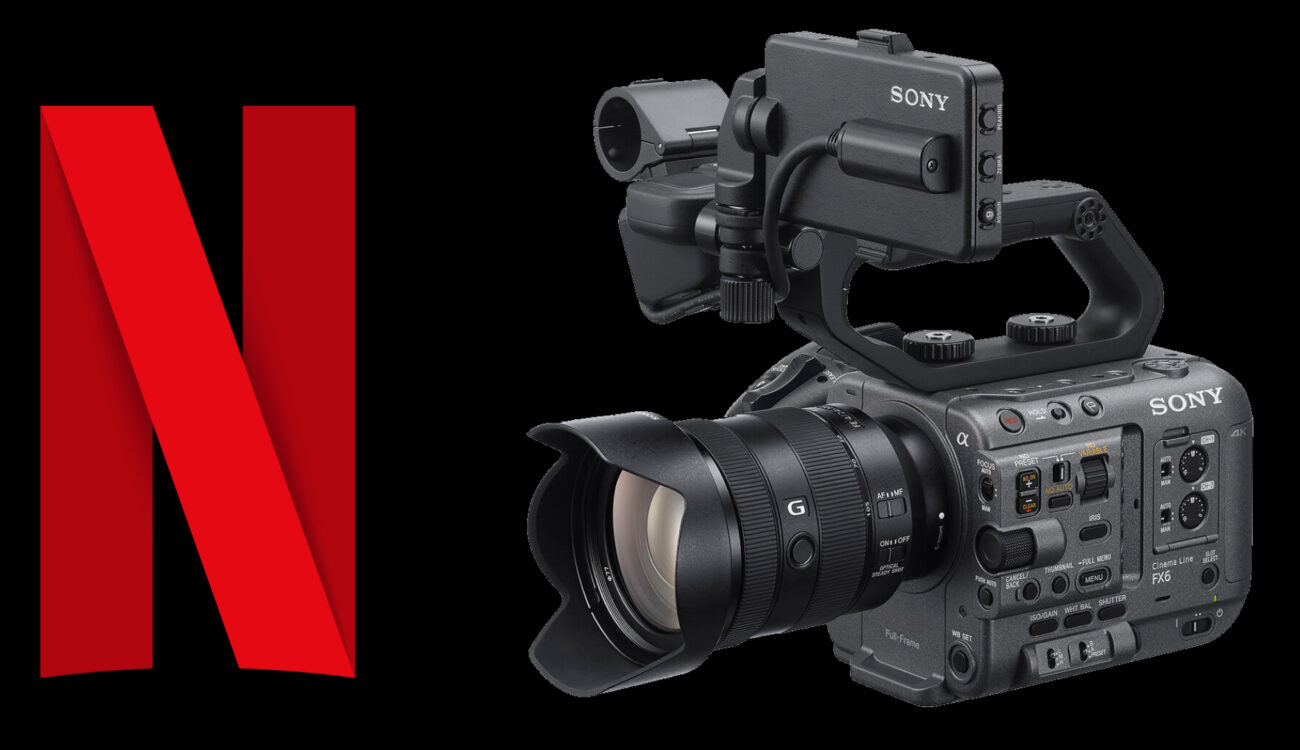 Netflix has been pretty busy lately certifying new cameras for their “Netflix Original” label. The latest approved make and model is the Sony FX6. Let’s dive into the specifics of this latest approval.

Not long ago a “broadcast quality” camera wasn’t something you would (or could) buy on your own, and we’re talking SD quality here.. interesting times, indeed!

It’s almost too perfect: What’s between you and a gig with Netflix is not the price tag of your camera anymore. It’s just your personal network and creativity, really. It’s nice to see that affordable cams appear to deliver decent image quality that makes it onto the big stage.

The one thing, this approval does not include is anamorphic capture on the Sony FX6, since that would just crop into the 4K sensor. And as a result, the recorded footage would not meet Netflix 4K standards anymore. But that’s it really, other than that you can grab an FX6 and off you go – creativity, some funding and lot’s of good people around you assumed.

Here are the details of this latest Netflix approval:

As mentioned above, anamorphic capture on the FX6 is not approved but other than that this is a pretty capable (and compact!) camera for documentary work or even as “A”-cam on bigger productions. If the choice of lenses and lighting is good, this little Sony is a more than decent choice I’d say.

What do you think? Are you ready for your first Netflix show? Share your thoughts in the comments below!