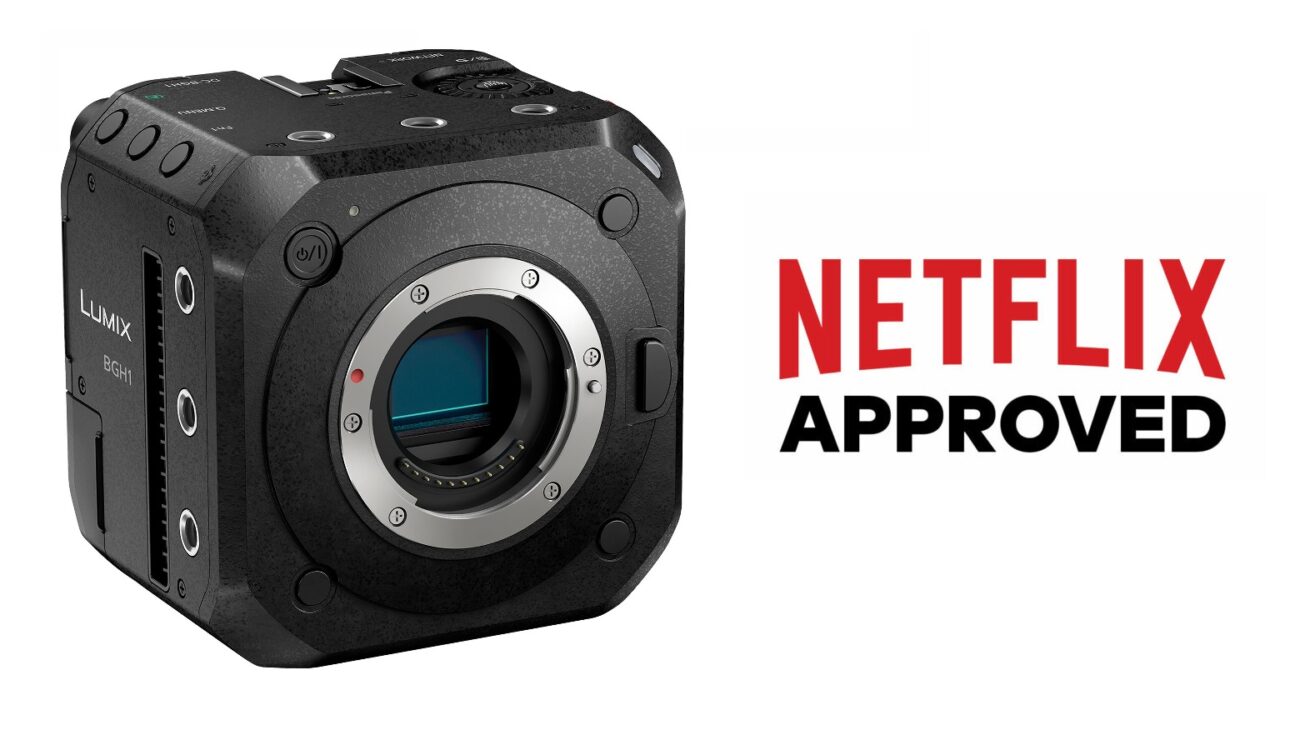 Panasonic LUMIX BGH1 “box-style” camera is now approved for Netflix 4K Originals content. At around $1,998, this makes it the most affordable Netflix-approved camera at the moment. Could this be the new “crash-cam” for Netflix productions?

Netflix has a list of cameras that are approved to shoot Netflix 4K Originals content. The exact recommendation for these productions is that “90% of the total runtime of a final program should be captured on approved cameras. For non-fictional content, this threshold may be more flexible. Any exceptions must be discussed with the relevant Netflix project lead.”

The LUMIX BGH1 is the seventh camera from Panasonic which has been approved by Netflix. It features the same Micro Four Thirds image sensor as the LUMIX GH5S. The whole thing is packaged in a Box-shaped body with a Micro Four Thirds lens mount that, just like the Z CAM cameras, requires an external viewfinder or monitor.

The BGH1 accepts the same batteries as the Panasonic EVA1 and it includes some useful features like dual native ISO, 3G-SDI output, and BNC Timecode input/output. For more information about the camera, make sure to check Johnnie’s BGH1 First Look Review and Gunther’s BGH1 Lab Test.

As with all approved cameras, Netflix has published a Camera Production Guide for the LUMIX BGH1 (available as PDF file here). This guide summarizes the settings and best-practices for capture with the camera on Netflix 4k Originals.

For anamorphic production, the Academy 4:3 modes with a suitable anamorphic de-squeeze monitoring are approved:

One of the reasons for the approval of this camera was probably also the included Timecode input/output via the BNC connector.

The Panasonic LUMIX BGH1 currently retails for $1,998 (around €1,720 plus VAT in Europe) and it is, therefore, the most affordable Netflix-approved camera at the moment. Could the BGH1 become the new “crash-cam” for Netflix productions?

What do you think about the LUMIX BGH1? Did you get the chance to work with the camera already? Have you filmed content for Netflix 4K Originals before? Let us know in the comments underneath the article.