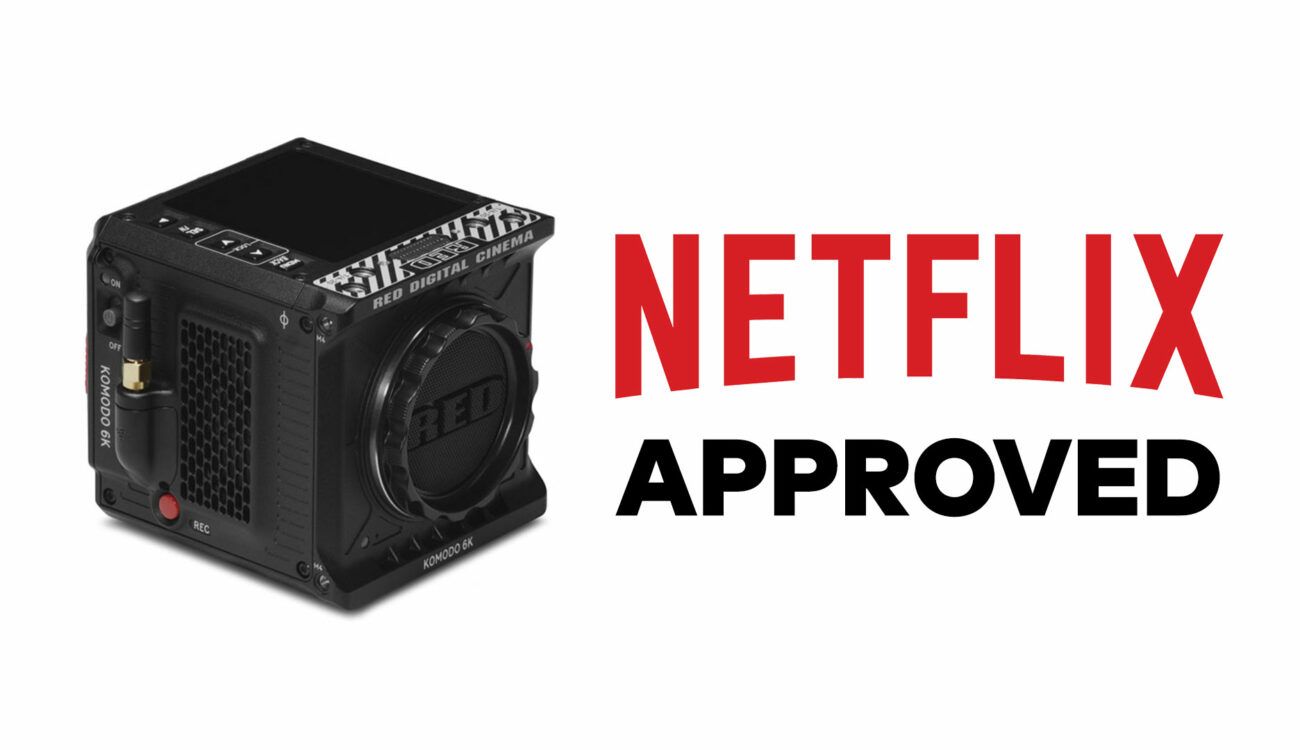 Netflix has just announced that the RED Komodo is now officially approved to create Netflix 4K Originals content. In short, all RED cameras (except the RED One) are now Netflix compliant. Let’s take a closer look at it!

The RED Komodo, which was initially designed to be used as a B Cam/crash cam alongside bigger RED cameras, is being used more and more as a primary camera by filmmakers worldwide.

Indeed, this tiny camera that features a Super35 sensor capable of shooting in 6K REDCODE RAW at up to 40 frames per second with a global shutter is a lightweight and affordable introduction into the RED ecosystem for a lot of content creators.

Over time, Netflix approved dozens of cameras, including the Panasonic S1H, ARRI ALEXA LF/ Mini LF, the Canon C300 Mark III/C500 Mark II, and so on. Now, all RED cameras except the RED One are Netflix approved.

Netflix has just released an official production guide for the RED Komodo that lists all the best practices if you plan to shoot a Netflix 4K Original project. In a nutshell, here are the main points you need to keep in mind:

That’s good news for RED Komodo users who will now be able to offer their production services for Netflix commissioned jobs. If you want to learn more about it and read/download the complete Netflix, please click the link here.

What do you think about the RED Komodo being Netflix Approved? Did you already receive your camera? Don’t hesitate to let us know in the comments below!