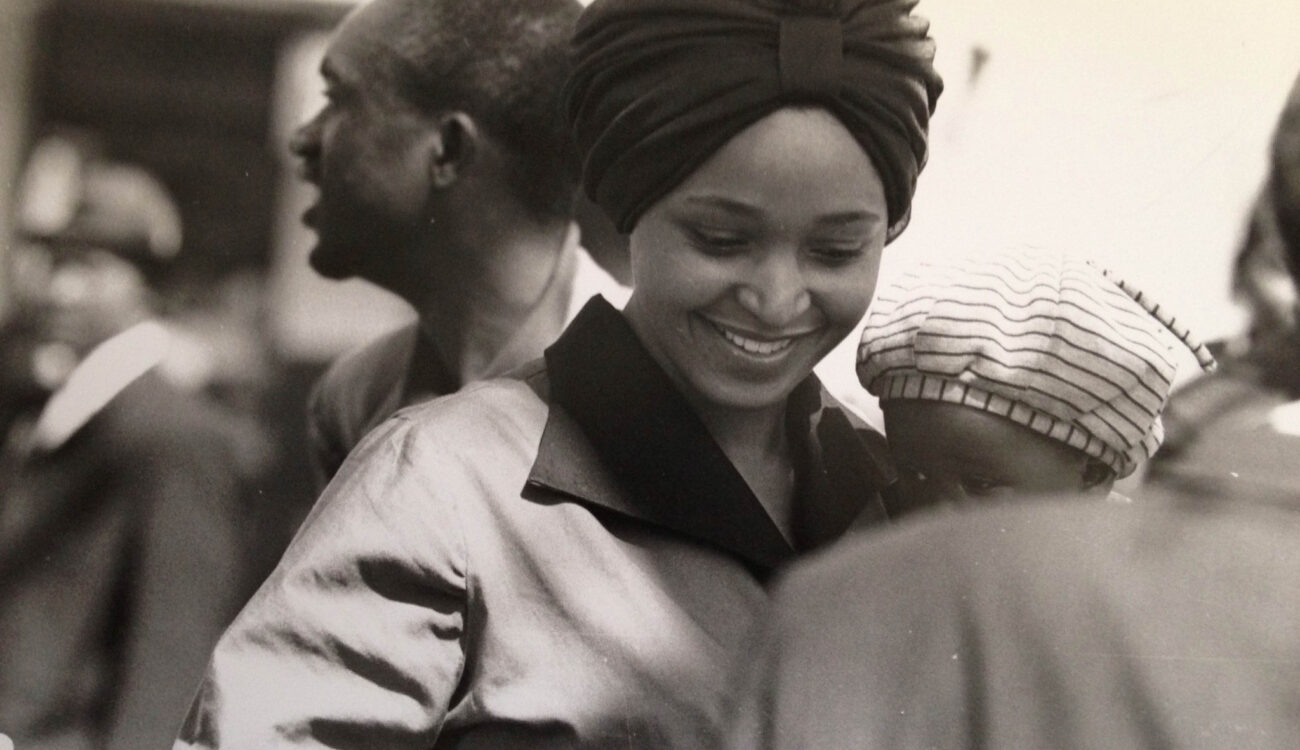 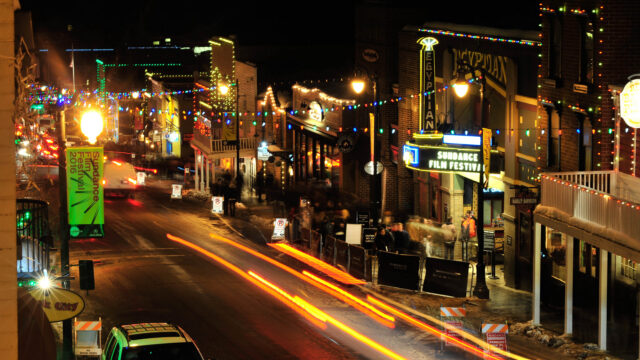 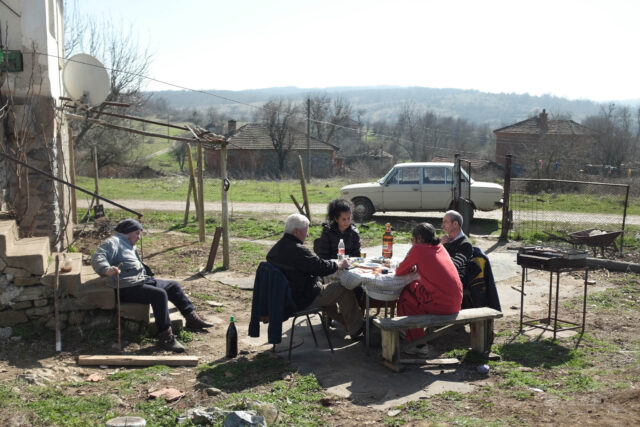 My favorite of all the doc features I watched at Sundance, The Good Postman is a ripped-from-the-headlines documentary following two men in a small and economically devastated 36-person town in Bulgaria and their struggle to deal with the Syrian refugee crisis. Both men, one unemployed, and the other – you guessed it – a postman, decide to run for mayor of their tiny village. The results are sometimes humourous, but with a powerful and heartfelt undercurrent.

Shot beautifully throughout, the film is a wonderful metaphor for the much larger refugee crisis that Europe is struggling with, told through the eyes of a few dynamic characters on the front lines. The film ends on a note that is wonderfully unexpected and will stick with audiences long after they leave the theater.

Link: Trailer for The Good Postman 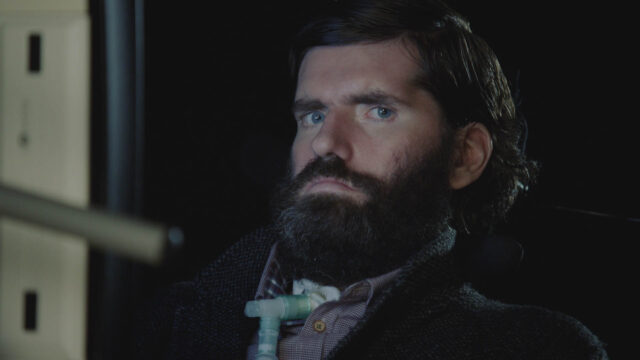 Simon Fitzmaurice appears in It’s Not Yet Dark by Frankie Fenton, an official selection of the World Cinema Documentary Competition at the 2017 Sundance Film Festival. Courtesy of Sundance Institute | photo by Kate McCullough.

It’s Not Yet Dark tells the story of a talented Irish filmmaker, Simon Fitzmaurice, with a Sundance connection of his own (his short film premiered at Sundance in 2009) as he battles with motor neuron disease (ALS). This powerful documentary, narrated by Collin Farrel and based on the book of the same name, follows Simon as he struggles to connect with his family and his love of filmmaking.

The story weaves beautiful imagery with Simon’s own words to tackle large themes that are sometimes tricky to explore. This film deals with life and its meaning, illness, the treatment of those with chronic diseases, family, depression, identity from occupation, and our universal struggle with mortality. Whether expressly or not, you cannot watch this film and not be grateful for the ability to do what you do, whatever that may be. A favorite with the filmmakers present at Sundance, this film left an impression on me, and will hopefully find wide release in North America. 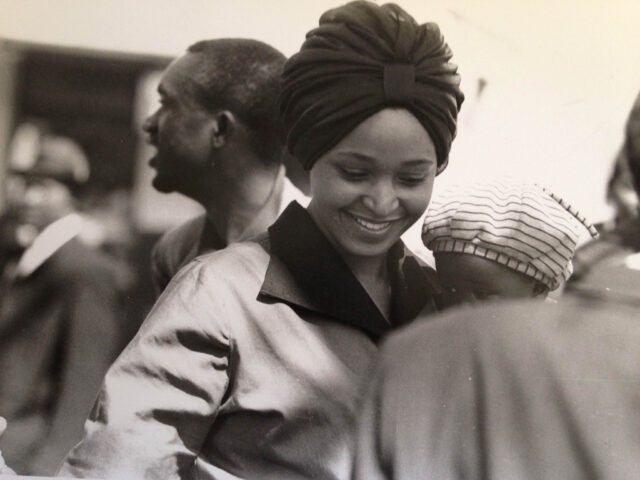 This documentary makes meticulous use of archival footage to tell the story of Winnie Madikizela-Mandela, a controversial character in the eyes of the press and not at all the perceived saint that her husband, Nelson Mandela, was portrayed to be during his lifetime.

Winnie’s story is told in a chronological format, and Pascale and her editor, Giles Gardner, must be given respect for clearly spending many hours digging through hundreds of hours of old newsreels and b-roll to get the film across the finish line.

Archival-heavy docs sometimes suffer from pacing problems, but there is none of that here. The story surges forward enlivened by a great musical score and is a great look into the mind of a character not well-known to western documentary audiences.

We had the opportunity to talk to Winnie director, Pascale Lamche and you can read more about what we learned from her HERE. 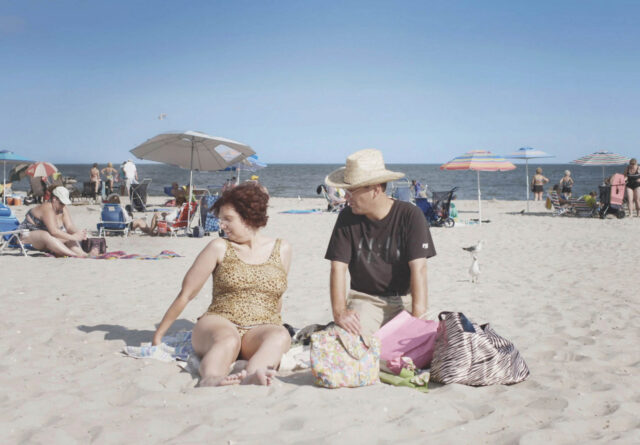 From a cinematography perspective, Dina is shot unlike any other doc I have ever seen. Many scenes are covered in one or two shots and the camera never once pans or tilts, resulting in a truly great cinematic experience that, at times, feels like a play but in all the right ways. You have to remind yourself occasionally that these characters are real and not actors – it is shot that well.

Directors Dan Sickles and Antonio Santini tell the story of two autistic adults and their struggle to find intimacy with such love and care it is easy for the audience to fall for both characters.

Distribution company “The Orchard” picked up the film and a Fall release is planned. 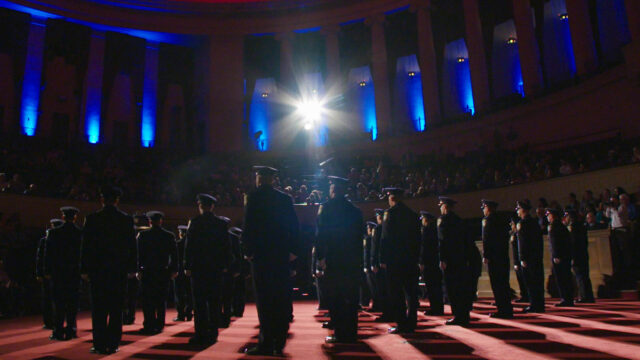 Director Peter Nicks followed up his critically acclaimed feature documentary The Waiting Room with The Force at the festival this year. The Force documents two chaotic years of the Oakland City Police Department, and begins with a new police chief stepping into the job.

The director manages to not choose sides in a film that is tough to watch, but compelling throughout. We also heard from Peter Nicks in part four of our “Lessons from Sundance” series. His film asks tough questions about the role of the police force on the streets of the US and doesn’t provide any easy answers, but the film is worth the ride.

Which of these docs from Sundance 2017 has you most excited? Which filmmakers are you most curious to follow?