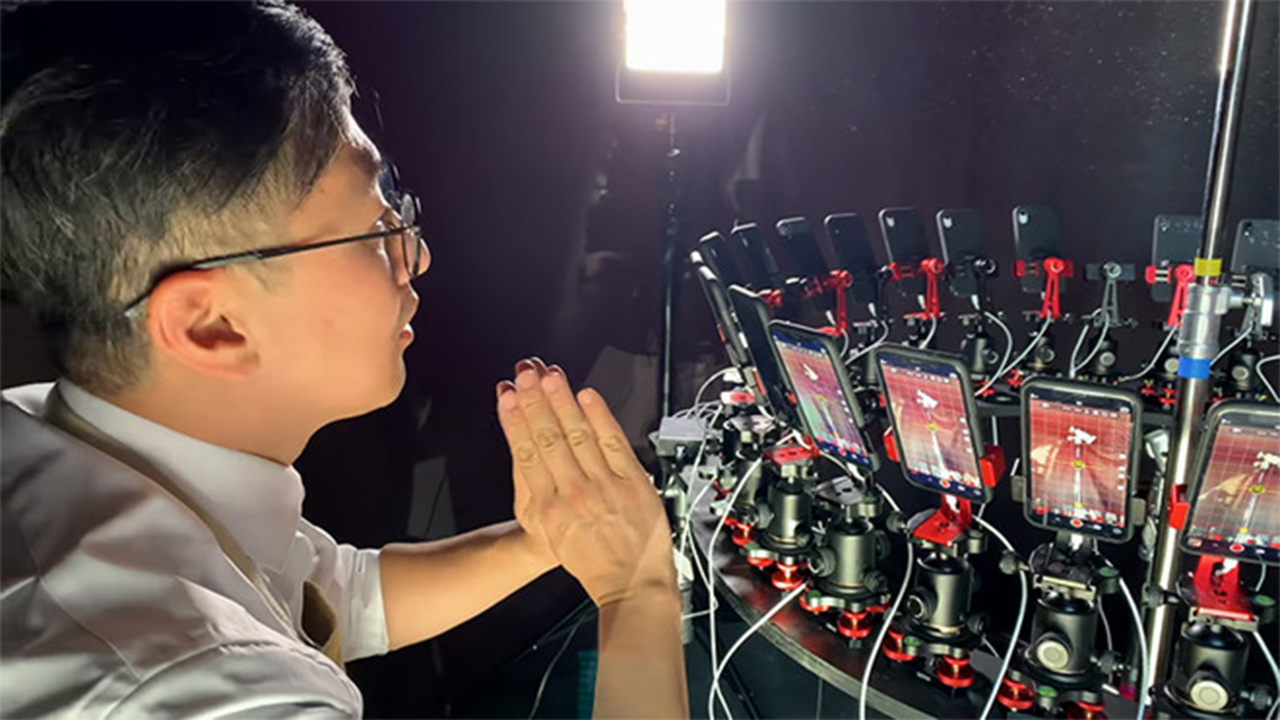 The iPhone XR is a great phone, of course, but it can also be a fantastic video camera. Apple is showing in their latest video what a single camera smartphone, or 32 of them, can do in the right hands.

Apple just released a new video for the “Shot on iPhone” ad campaign, which is entitled “Shot on iPhone XR — Experiments II: Full Circle.” For the making of this video, the team at Incite – Donghoon Jun and James Thornton – used 32 iPhone XRs mounted on a bullet time rig.

The script of the video, commissioned by Apple, is quite simple: let’s play with fire, colored slime, colored water, and dry ice bubbles. So the script is not the coolest part of the video. However, I think it is the first time a bullet time rig is used with smartphones. 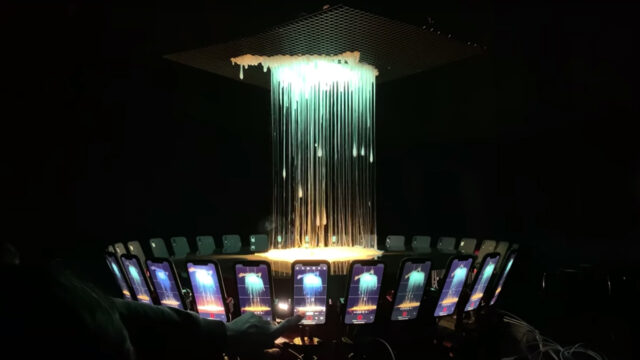 Picture from Apple’s Behind The Scenes

A bullet time rig is a camera combination that goes anywhere from 24 to 240+ cameras to create an effect of time freeze. Each camera is placed at a different position and angle along a circular rig, and all cameras shoot the same scene at the same time. This effect and technique were introduced to the masses by the Matrix films directed by the Wachowski Brothers.

It seems like you can’t buy this type of rig online or at a local store. Indeed, every bullet time rig is unique and depends on production needs. The tricky part of this type of shooting is the camera positions, the camera control protocols, and of course the post-production process.
To make it happen, the team at Incite simply used a series of Apps: Pro Camera app, ProCam 6 app, and Moment app.
Synchronization of the iPhones was done in post using the clapperboard at the beginning of each take.

If you want to learn more about it, a behind the scenes video is available.

This video also uses specific iPhone camera capabilities like slow-mo, which can go up to 240 frames per second. Hence Apple, please, why did you shoot it vertically?

This is not Apple’s first “experiment” video. Back in September, just before the release of the new iPhones, Apple shared another video also made by Donghoon Jun and James Thornton. This time, the team used clay and ink to demonstrate the camera’s capabilities. You can watch it here.

What do you think of this crazy rig? Did you already use a smartphone for a project? Let us know in the comments down below!