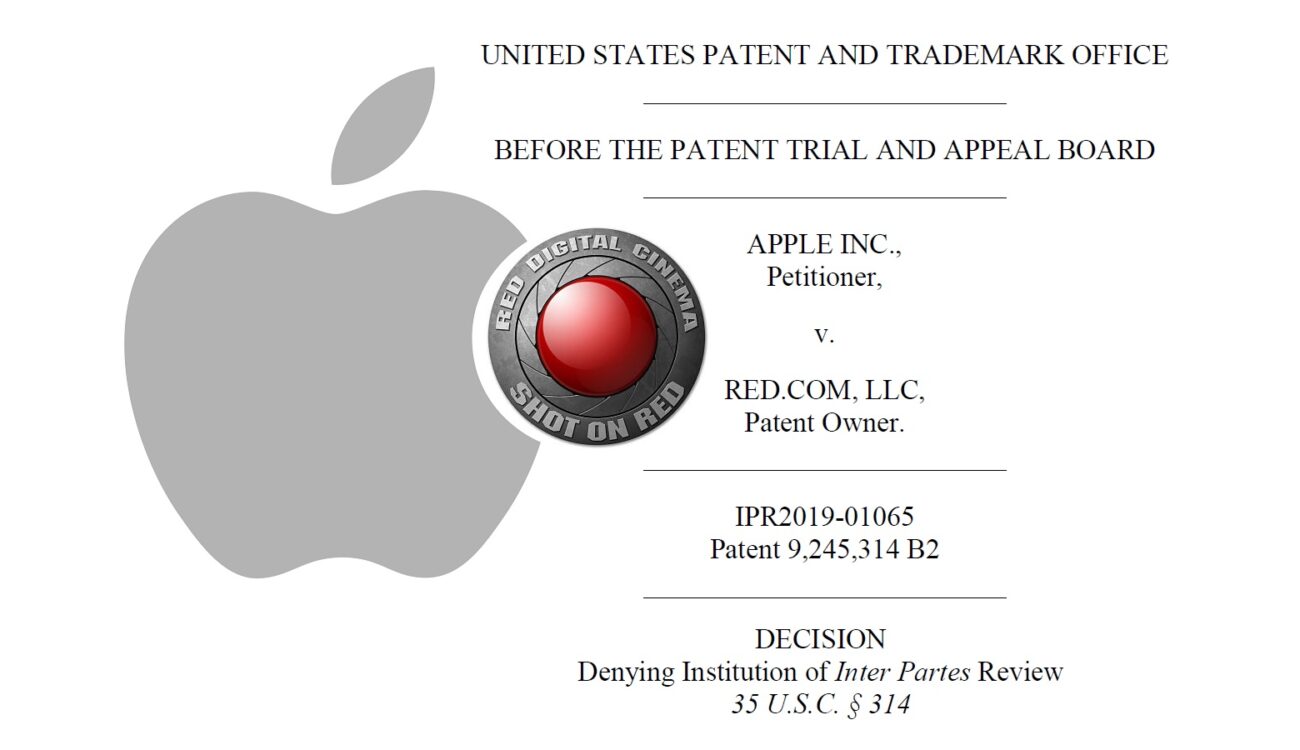 US patent court dismissed Apple’s challenge to RED’s compressed RED RAW recording patent due to the lack of relevant evidence. Their patent withstands Apple’s challenge for now, so ProRes RAW remains to be used in cameras only with RED’s permission (license). 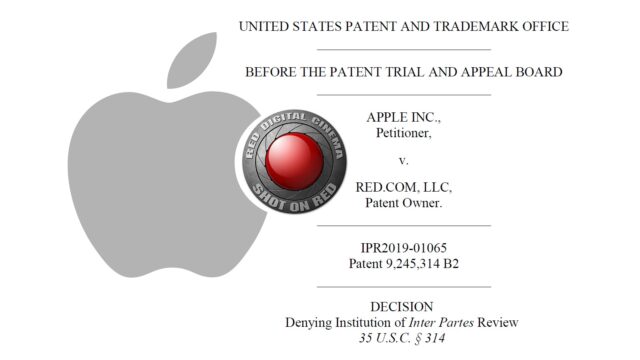 In August 2019, Apple challenged RED’s Compressed RAW recording patent by the US patent court. It seems the reason was Apple’s ProRes RAW codec. The Cupertino tech giant wanted to push their own developed codec further and make it available for other camera manufacturers. This codec, by the definition of it, fulfills RED’s patented compressed RAW codec recording. That’s why anyone who wants to use such a codec in their devices, needs to either make an agreement with RED (and pay for the use).

Right now, ProRes RAW is only available at selected Atomos recorders. The Australian company most likely made an agreement with RED and they are licensing the use of ProRes RAW. It seems that by challenging RED’s patent, Apple wanted to find a way around having to pay the license fees.

The new update in the case from yesterday is that Apple’s challenge by the US Patent court has been dismissed. They stated it as Denying Institution of Inter Partes Review.

The 19 pages PDF document is available for download at United states patent and trademark office website. The conclusion is written as the following:

Petitioner has not shown a reasonable likelihood that it would prevail in establishing that any of the challenged claims 1–30 are unpatentable.

It is ORDERED that the Petition is denied and that no inter partes review is instituted for any challenged claim on any ground of unpatentability.

It seems to me that if Apple wants to go further with this case, they can provide additional evidence and make USPTO open the case again. For now, however, RED’s patent withstands the challenge.

Please note that this article also includes my speculations. Both companies, of course, don’t publish every bit of information concerning their legal disputes. RED and Apple have had an active business relationship for years.

RED’s president Jarred Land, of course, reacted to this by posting a short comment in the new thread on RedUser. I pasted the full version here:

We are pleased to see our REDCODE patents withstand another challenge.

To be clear, as I mentioned before, this never really was Apple vs. RED. It has always been APPLE + RED, and this was all part of the process defining how we work together in the future.

RED integration with Apple’s METAL framework for realtime R3D playback is coming along well and the work that the two teams are doing together is exceeding expectations. We are very excited for the new Mac Pro and the new XDR pro display and the power they bring to the entire RED workflow.

He also posted a red-apple-heart photo on his Instagram, stating that both companies will continue to work together closely in the future as well. There is no official statement from Apple about this case yet.

What do you think of this case? Do you expect Apple to try to challenge the patent again or not? Let us know in the comments underneath the article.