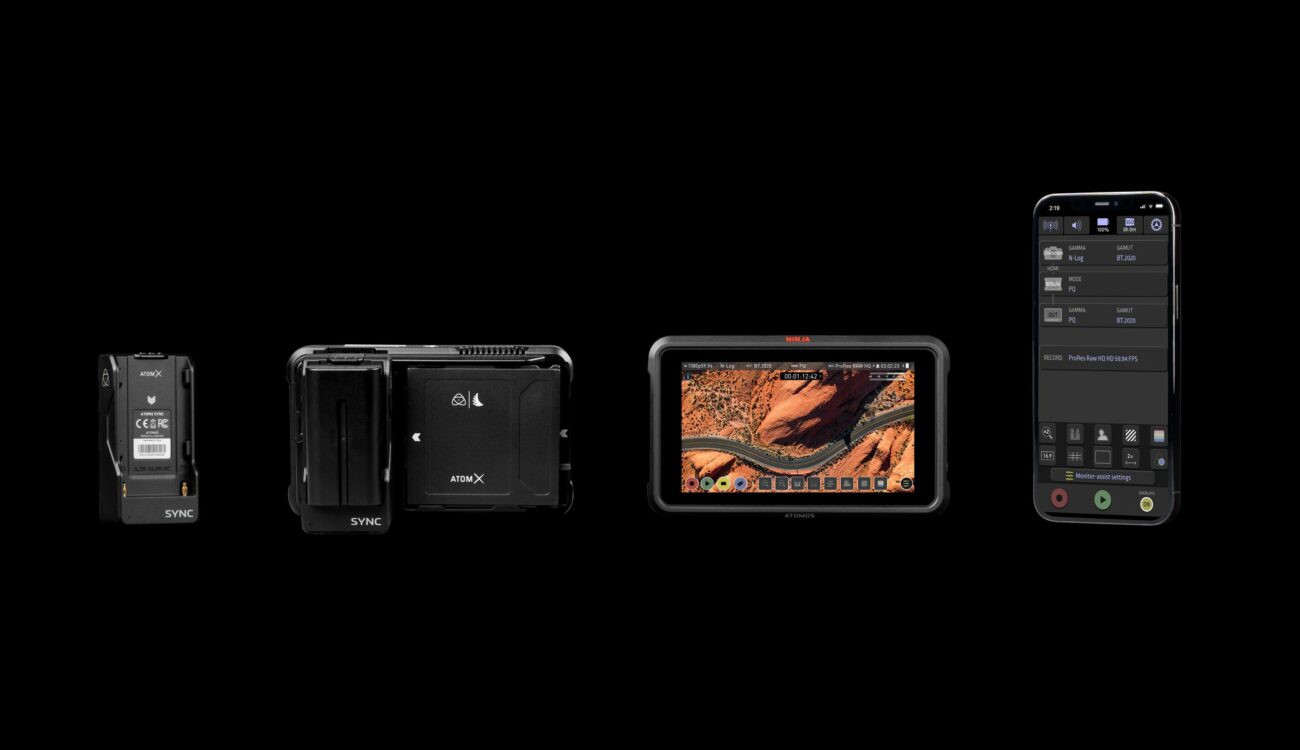 Atomos have just announced that their AtomRemote app (iOS & macOS) is now capable of controlling the popular Ninja V and Ninja V+ monitors/recorders. Alongside this release is a firmware update of a new feature to manage fan speed on the Ninja V and Ninja V+.

Until now, the AtomRemote app was tailored exclusively for Atomos’ flagship NEON line of HDR monitors/recorders, but now the company is opening the app up a bit to control the popular Ninja V and V+ devices as well. Still, you’ll need to use iOS or macOS, neither Android nor Windows are supported.

This latest update now also works with the AtomX SYNC expansion module to provide remote control features for the Ninja V/V+. It can be used to set LUTs and activate onscreen tools, including focus peaking; as well as operate recording and playback functions.

The ability to control the NINJA V/V+ remotely will help with awkward camera positions, where easy access is not always possible. Of course you can still use the Ninja just as normal but with the addition of remote control.

With the addition of the AtomX SYNC module to the Ninja V/V+ your device (iOS 12 or later / macOS 10.15 or later) can connect via Bluetooth LE directly via the AtomRemote app. Device pairing is saved on the Ninja itself, which makes connection as simple as launching the app on the device and activating remote mode on the Ninja.

Sync with other devices

The AtomX SYNC system works by appointing one Ninja V and Ninja V+ as the “server” device. It’s then able to run as an accurate clock to supply timecode to unlimited AtomX SYNC and Timecode Systems’ devices and up to 6 “client” devices over Bluetooth. When using RF technology, devices can be spaced up to 200m apart and with multiple Ninja V/V+ systems, record functionality can be ganged together, which is a perfect solution for multi-cam productions.

For more information, read our news post about Timecode Systems here. A nice little added benefit to using the SYNC module is that this module comes with its own small battery that provides a Ninja V/V+ host with enough power to hot-swap the main battery.

With the introduction of the new AtomOS 10.72 firmware, Atomos has added an additional feature that is sure to be welcomed by filmmakers: manual fan control. When working with electronics, especially tiny devices like the Ninja monitors/recorders, heat dissipation is always an issue. To avoid overheating, these devices need a fan, but to avoid interfering with sound recording on a quiet set, you also don’t want to hear weird noises…. a dilemma.

To tackle this problem, Atomos engineers have introduced some new adaptive modes for handling fan speeds. For example, you can set the speed to a minimum during recording. The fans may then be sped up between shots to cool the device down rapidly. The brightness of the screen can also be dialed down to extend the recording time.

The new AtomOS 10.72 firmware can be downloaded here.

What do you think? Are you using a Ninja V/V+ device on your jobs? Share your experiences in the comments below!