Monitor and recorder manufacturer, Atomos, has entered the world of large scale field and production monitors with their new Neon monitors. The idea spawned out of a set visit by Atomos Founder, Jeromy Young, and we caught up with Jeromy at Cine Gear to chat about the Neon series and what type of user they are aimed at. Details below: 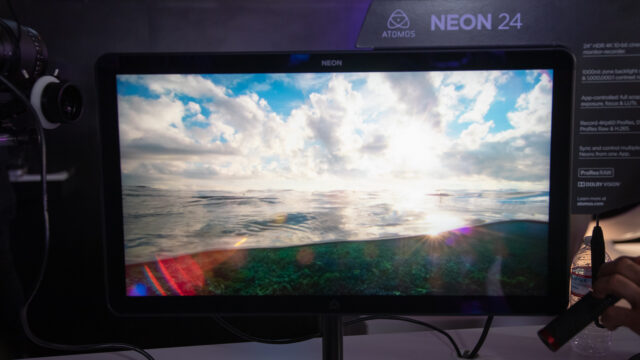 Previously announced (HERE) by my colleague, Nino Leitner, the Atomos Neon series of production monitors are big, very big, and they span 17″, 24″, 31″and 55″ versions. While all nearly identical in terms of features the monitors jump in price as they get larger (as you might expect). Each of the different sized monitors are aimed at a variety of users from focus pullers to DITs and post client facing roles and we cover that in depth in the previously mentioned announcement post, but the banner features here might be that they are true 10-bit displays, include AtomOS App Bluetooth integration and are built to take some punishment. 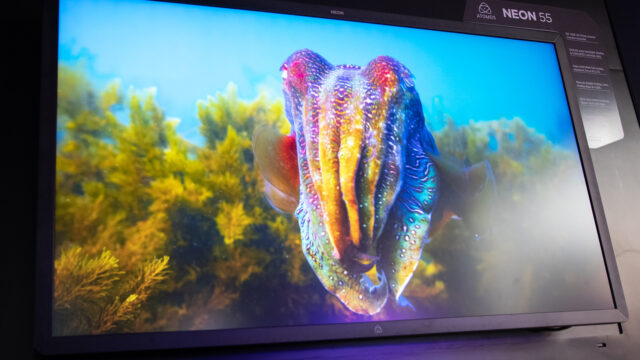 The 55″ Neon is gigantic. Evidence in the photo above.

These are expensive displays (starting at $4,000 for the 17″) and they are presented at a price point that we aren’t used to seeing from Atomos, even in the case of the previous flagship Sumo 19 inch. It will be interesting to follow the company as it dives into the high-end professional market with the Neon series.

What do you think of the new Atomos Neon series? Let us know in the comments below!