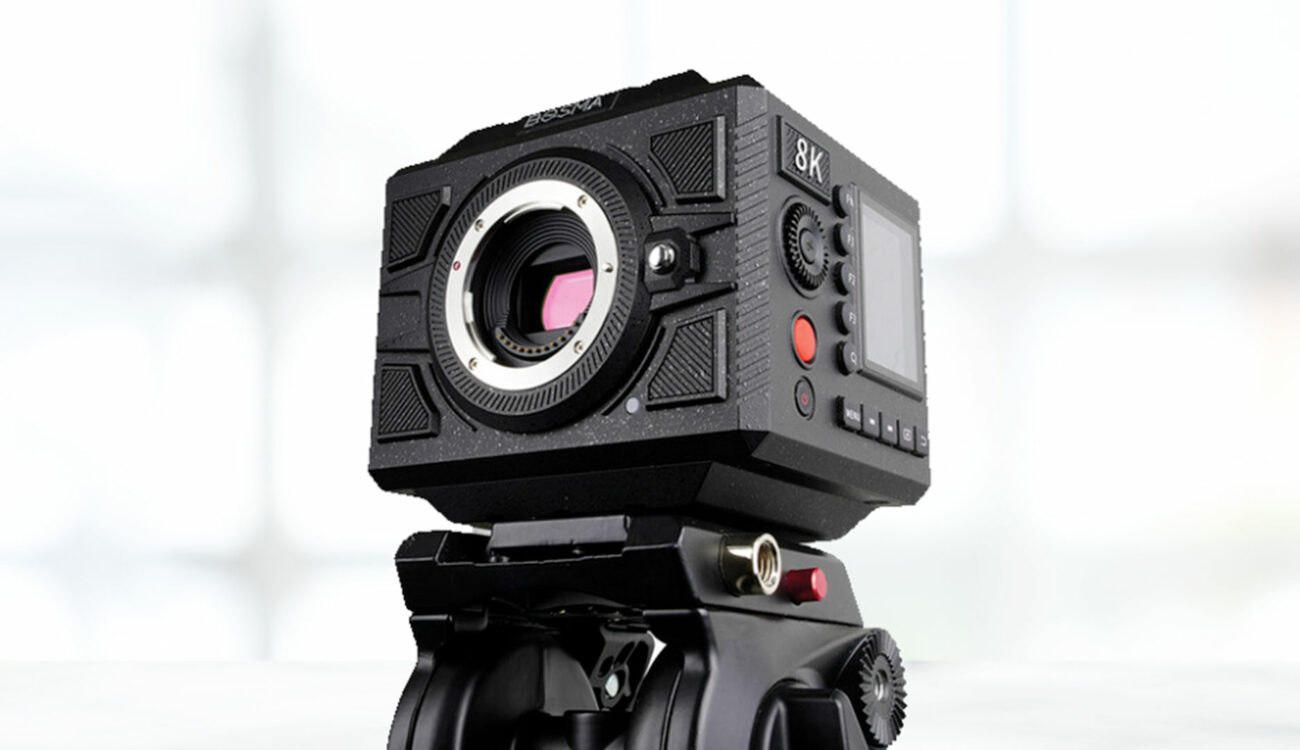 Bosma recently announced that their first cinema camera, which has been in the making for years, is finally available: the Bosma G1 Pro. This compact camera features an 8K Micro Four Thirds sensor and can record internally to CFast 2.0 in ProRes 422 12-bit at up to 30p. Also, it can record externally in UHD 8K (7680 x 4320) at up to 60p via its HDMI output. Let’s take a closer look at this newcomer in the cinema camera market!

Bosma is a Chinese manufacturer of high-definition security cameras and other smart home devices, including 8K ultra-high definition video surveillance cameras. Already back in 2019, we saw Bosma’s first cinema camera during various tradeshows: the G1 Pro.

The G1 Pro is a reasonably compact camera with dimensions of only 12.6×10.8×10.8cm for a weight of 1.2kg. This box design might remind you of other cameras, such as the Panasonic BGH1, Z CAM E2, or, more recently, the RED Komodo/V-Raptor.

The camera controls, buttons, and status screen are all on the right side of the camera. The top of the camera features five 1/4″-20 mounting points.

I think it’ll be a tough sell for Bosma, especially with such a steep price point. Camera resolution is not everything, and parameters such as dynamic range, recording media, color science, ergonomics, and so on are important for filmmakers. Furthermore, selling a camera without seeing any footage shot with it is strange, to say the least. In my opinion, the G1 Pro is a little late to a market that might be moving towards larger image sensors.

Additional information and full specifications and be found here. or, visit Bosma’s website.

What are your thoughts on the G1 Pro? Does it make sense for the kind of content you shoot? Don’t hesitate to let us know in the comments down below!