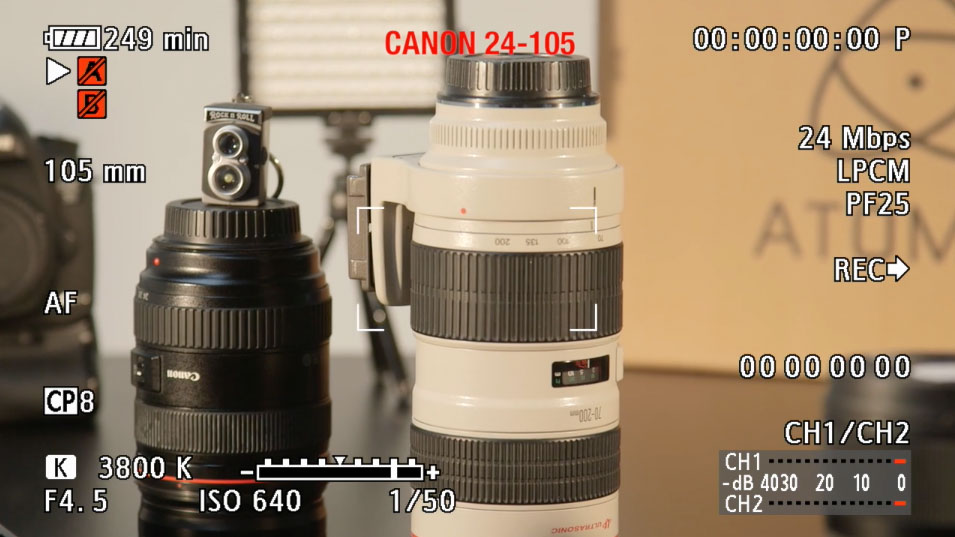 Melbourne-based video production company SilvaStreet have upgraded their C100 to get continuous autofocusing using the dual pixel method announced in November last year. It’s a $500 upgrade (that needs to be done by Canon Professional Services) which we already reported about.

It enhances the functionality of your C100, which was already push-AF capable, now giving users the ability to have a continuous autofocus option that doesn’t “pump” too much. With brushless gimbals like the MoVi becoming more mainstream every day, continuous autofocus has become “cool” again, or at least necessary, if you don’t own a wireless follow focus (which can get pricey quickly) and don’t always have a focus puller on set.

The test results by SilvaStreet are very interesting – as expected, there are significant differences between the lenses used. They were able to get the smoothest focusing results with the Canon L 24-105 f/4, a very popular lens in the documentary world. The widespread 70-200mm f/2.8 (the “old” version) did well too, despite being less smooth, most likely due to the shallower focal plane on the longer lens. The Canon 24-70 f/2.8 (old version), my personal “go-anywhere with me” Canon zoom lens seems to be the least smooth lens tested, which is unfortunate as it’s so widespread. The super-fast Sigma 18-35mm f/1.8 which I have also recently purchased (the sharpest and fastest photo zoom lens I have ever seen) works very well, but weirdly only at f/1.8, which makes it a bit useless … Canon also announced that the same $500 AF upgrade will be available for the C300 starting in May (we reported about it here).

It’s impressive that autofocusing is relatively usable using photo lenses anyway, considering they were designed for taking stills only. There is definitely a market for upgrades like this one with devices like the MoVi and other handheld stabilizers. At BVE, I talked to a Canon UK representative who confirmed that Canon plans to provide more paid upgrades for their existing line of cameras in the future, trying “to extend the life of existing cameras”.

As a MoVi owner, I will definitely consider paying the $500 for the C300 upgrade – just days ago I improvised the C300 handle onto the top of my MoVi and assigned a button on the handle to use the “push AF” function that was introduced with a recent (free) firmware upgrade for the C300.

It wasn’t pretty, but did its job …  for from what a continuous autofocus would be able to do, but better than no focus control at all. I used the Zacuto Grip Relocator cable. It also sounded like there won’t be a new camera in the C line of cameras from Canon at NAB 2014. With NAB around the corner, we will see soon.