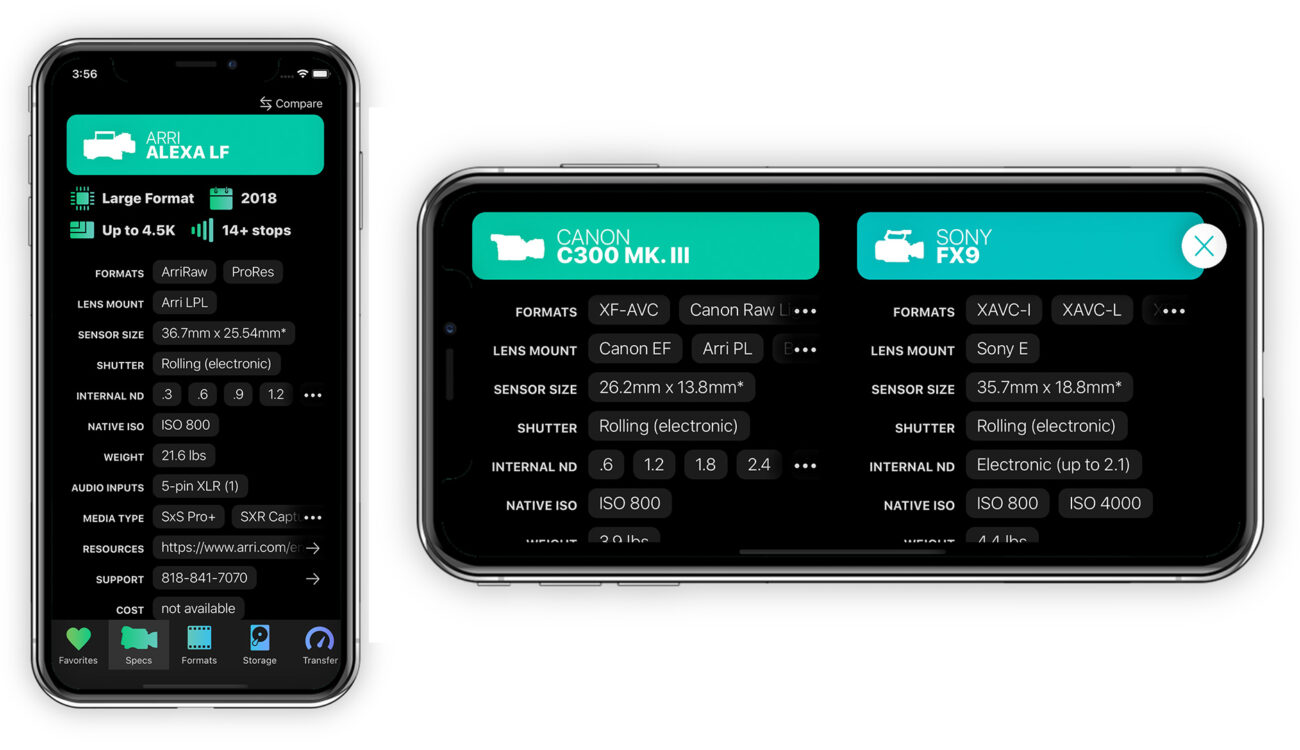 If you’ve never heard of the Cameras + Formats app for iOS, you’ve been missing out. We covered the previous release here. The latest update is out now, and includes a complete overhaul of the interface and some additional calculators, such as the new Transfer tool, plus improvements to other tools.

What is Cameras + Formats?

Cameras + Formats is a quick reference tool on your iPhone that lets you see all the important specifications and features of just about any common video camera, plus estimate power requirements and running times, data rates for various codecs and formats, and now an estimate of data transfer times too.

Included are over 100 cameras from Arri, Canon, Red, Sony, Blackmagic, Panasonic and more. The app covers over 75 formats, including ProRes Raw and Blackmagic Raw.

Previously you had to find your camera in two different menus. Once to view specs, and then again to look up the related file sizes. In Cameras + Formats v4.0 you only have to find the camera once, and the selected camera remains active when changing tools and viewing all the different information.

The new transfer tool makes estimating transfer times a breeze. It can be used to calculate likely transfer times to a hard drive, or even online. You can save presets for quick access at any time.

The new power tool lets you add accessories to your camera and see the estimated power draw and battery timing. You can also calculate how many batteries you’ll need to run a particular configuration for a given duration.

You can purchase version 4 of Cameras + Formats from the App Store now, for either $2.99 a month, or once off with an in-app purchase of $49.99 which includes all future updates. If you’re an existing Cameras + Formats user, you can update to version 4 at no additional cost.

Are you already using Cameras + Formats? What do you think of the latest improvements? Let us know in the comments below.