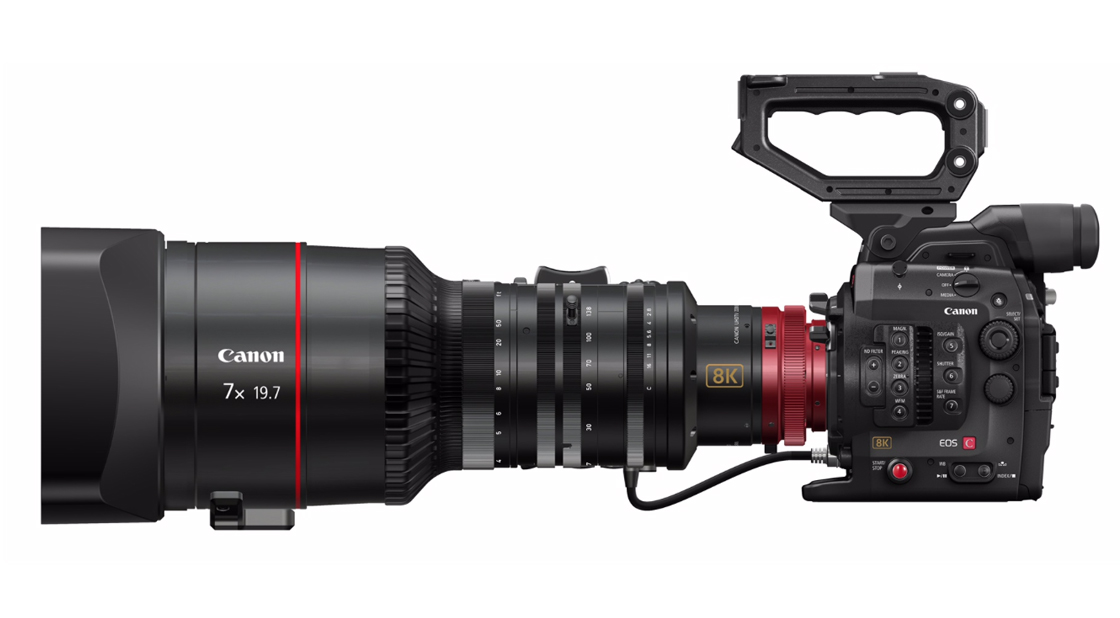 Canon has swooped in with a host of new concept announcements. New developments include an 8K EOS Cinema Camera with lens, 8K reference display and monster 120 megapixel DSLR.

The C300 Mark II announcement signified the end of the line for the C500, out performing the old flagship EOS Cinema camera in both features and price. There was talk that to maintain ranks its replacement would exceed 4K, it seems the talk is getting a little more serious.

Canon has announced development of a new 8K EOS Cinema Camera that could potentially be the new C500.

“The Cinema EOS System 8K camera being developed will be equipped with a Canon Super 35 mm-equivalent CMOS sensor that makes possible high-resolution 8,192 x 4,320 pixel (approximately 35.39 million effective pixels) imaging performance even at a frame rate of 60 frames per second with 13 stops1 of dynamic range and a richly expressive wide color gamut.”

Canon also states reference to offering 8k to 4K as well as 8K acquisition on the developing camera, they’re EOS Cinema line has always used a downscale to yield desired image quality, it’s nice to hear this as a user option as well as native high resolution support.

The 8K camera continues support of the EF lens mount. The huge lens collection is one of Canons big assets so it comes as no surprise that a new cinema camera will offer support as standard. I’d imagine they’d be a slight tweak as to offering a positive lock EF mount to support the vastly larger and heavier glass it will require in front of the sensor.

Speaking of which, the new 8K developing camera has been unveiled along with the 7x 8K lens that surfaced as a concept lens last year. The mammoth lens will offer a 19.7 to 138mm range on super35mm at a constant f/2.8 aperture. 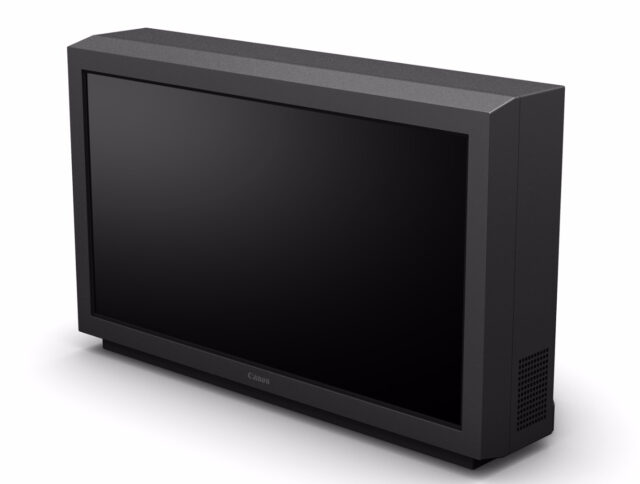 Canon has also mentioned a new 8K display to accompany the camera (what’s the use in recording quad 4K if you can’t view it, right?)

“Incorporating Canon image-processing technology, the ultra-high-resolution 8K reference display currently under development will achieve high brightness, high contrast (high dynamic range) and a wide color gamut. Additionally, with a pixel density exceeding 300 pixels per inch, a level approaching the limit of human visibility, the display will make possible ultra-realistic imaging that enables the reproduction of subtle changes in light that were previously not possible.” 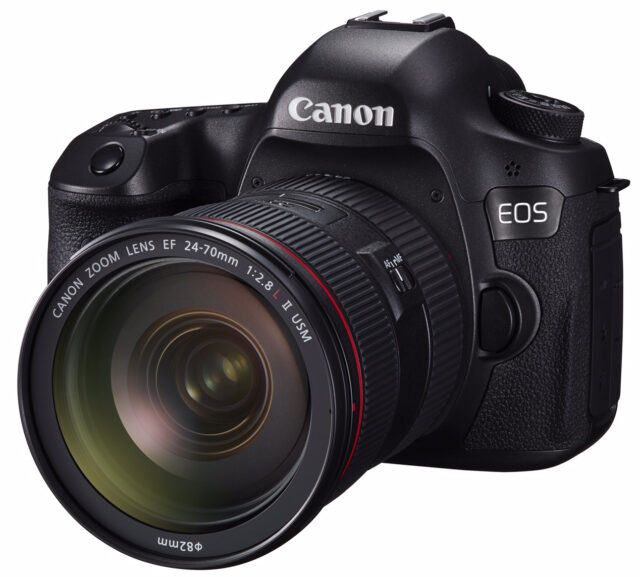 Whilst no official image is supplied of the camera we are presented with a placeholder graphic of a Canon 5D body, and assured that it will slot into the existing EOS series platform and EF lens line.

“The high-resolution images that the camera will be capable of producing will recreate the three-dimensional texture, feel and presence of subjects, making them appear as if they are really before one’s eyes. The camera will facilitate a level of resolution that is more than sufficient for enlarged poster-sized printout while also enabling images to be cropped and trimmed without sacrificing image resolution and clarity”.

Such high resolution in reality is hard to fathom right now, and there’s no word of exactly how far along any of these developments are.

We’ve seen this behaviour from Canon before, some that turn out to be production line cameras (odd ball 4K DSLR that turned into the 1DC), and some that fall into the shadows from which they were conceived (that weird spherical one). The 8K Cinema Camera makes perfect sense in terms of Canons current line; it’s surely a matter of when over if.

The second one I’m sure we’ll be waiting a while for at the very least, despite promises of continued native EF-lens support 120 megapixels will surely demand a completely new set of high resolutions lenses.