At this year’s Inter BEE, we had the chance to talk to Ryuji Nurishi, the managing head of the Canon Sumire Prime lens line. A perfect opportunity to chat a little bit about the idea behind this line of character-driven glass. What’s new and why soft might be the new sharp. 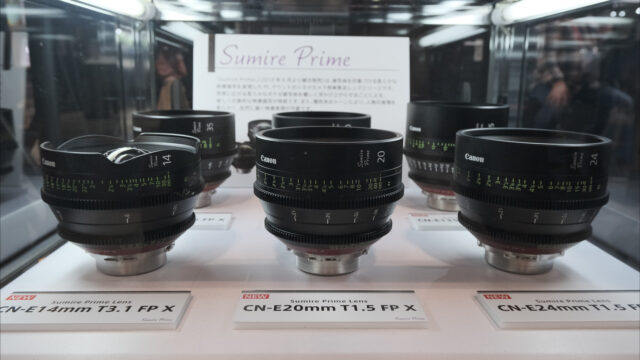 Canon Sumire primes are a newly developed line of lenses which, as opposed to the “original” CN-E cine primes, come with a certain character applied to their optical performance. They are a bit softer, yet deliver a very high resolution. They tend to flare a bit more yet these well-controlled flares add to the image rather than ruining it. And if you happen to wonder how to pronounce “Sumire”, Canon is here to help:

Canon’s new line of cinema prime lenses named Sumire Prime (pronounced “Soo-mee-ray”) – associated with the beauty of a flower whose petals are open.

These Canon Sumire Prime lenses seem to deliver what DPs and camera operators tend to ask for these days: character. It’s not about super high-resolution, ultra-sharp image rendition and zero optical “errors”. That’s upon the shoulder of modern digital cameras. But to tell your visual story you need more than technical superiority and perfect images.

Character is the buzzword here and the Canon Sumire Prime lenses tend to deliver exactly that. However, character is not to be confused with inferior lens design here. These Sumire Primes are outstanding pieces of technology, no doubt about it. It’s just that Ryuji-san and his team managed to implement a certain look without impacting the quality of the lens itself. The promo video below was shot by Canon with a Canon C700 FF along with – of course – Sumire Primes.

In order to create the Sumire lenses, Canon gathered a lot of feedback from pro customers around the globe. The clear trend was (and still is) the desire to deploy a lens as a creative tool that adds to a certain look rather than an optically perfect (as in neutral) piece of glass which sole purpose is to direct light towards the sensor plane. 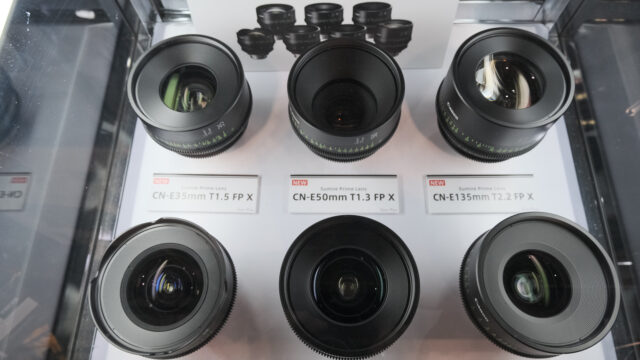 The result of all this research is the Canon Sumire Prime line of lenses and as you can read (and watch) in our review here, the look and feel of these lenses are rather impressive.

The Canon Sumire Prime line of lenses consists of the following focal lengths (for now):

Each lens covers full frame sensors and is capable of delivering up to 8K resolutions, yet adding a softer overall look to the image. According to Ryuji-san, contrast and resolution are not the same thing and therefore, the same lens can produce pleasingly soft contrast yet delivering very high resolution at the same time. 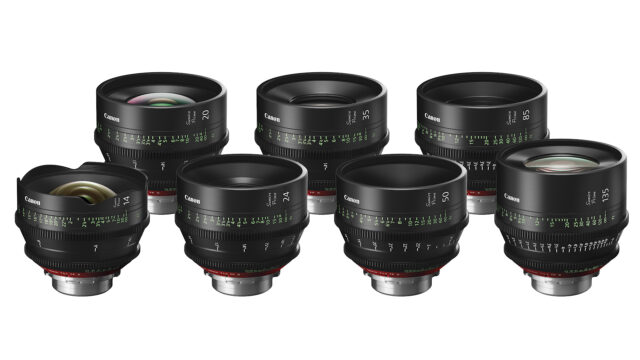 Each lens, except for the 14mm one, accepts a 105mm front filter. All lenses sport a smooth 300-degree focus throw, a 11-blade aperture and a unified housing so focus and iris gears are on consistent positions. Same goes for the unified 114mm front diameter and the presence of focus and iris marking on both sides of the lenses. PL mount is standard but all lenses can be swapped for an EF lens mount.

Cine lenses tend to be pricey pieces of kit and the Canon Sumire Primes are no exception to the rule. They aren’t uber-expensive, compared to other offerings but I think rental houses might still be the more likely customers rather than owner/operators.

Additional information about the Sumire lenses can be obtained here.

What do you think about the Canon Sumire Primes? Do you like the look or do you prefer other offerings? Share your thoughts in the comments below!