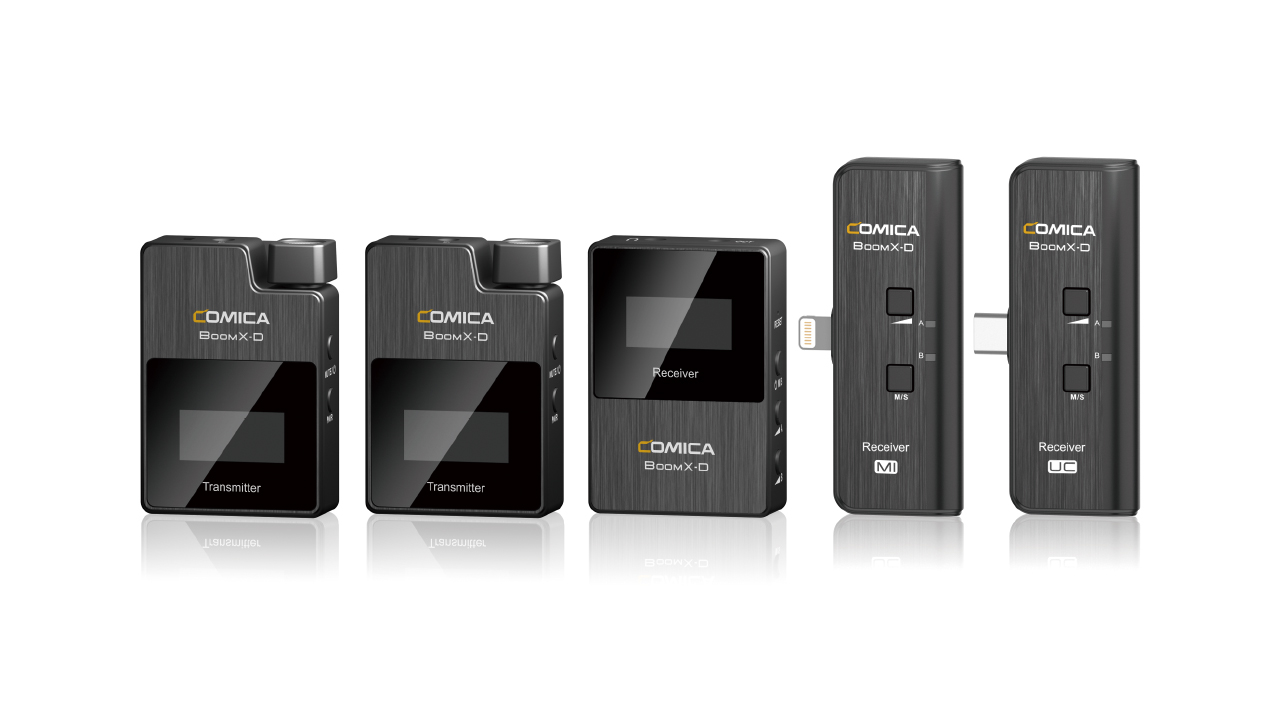 Comica, a Chinese manufacturer in the audio market that produces affordable products, has just introduced its latest wireless solution: the Comica BoomX-D. This wireless microphone setup uses the 2.4 GHz WiFi bandwidth, and you can pair two transmitters to one receiver. A handy smartphone receiver dongle allows you to record sound directly onto your smartphone. Let’s take a closer look at it! 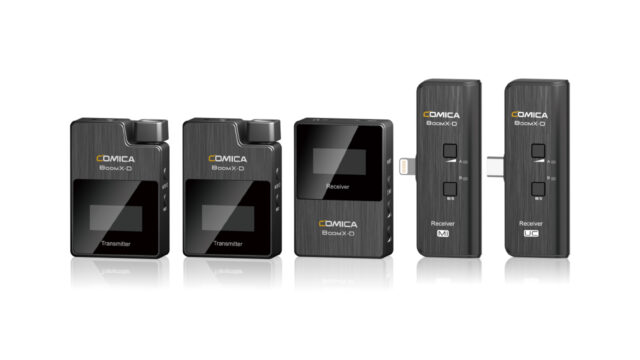 Comica is a Chinese company that has been manufacturing affordable microphones since 2012. They are not new to the wireless market, and they already have several products available. Now, they have introduced their latest solution for filmmakers: the Comica BoomX-D.

Like the RØDE Wireless Go or the Sennheiser XSW-D series, the Comica BoomX-D series uses the 2.4 GHz wireless bandwidth, which means they work globally. The BoomX-D automatically adjusts its frequency to the strongest available signal to avoid interferences. The system transmits the audio signal at up to 48KHz/16 bit with a latency of under 20ms and a working range of 165ft/50m, according to Comica. 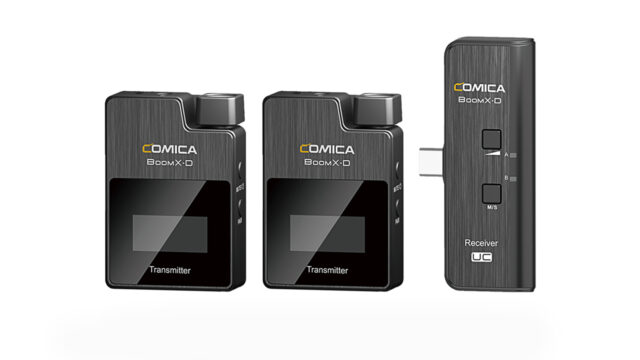 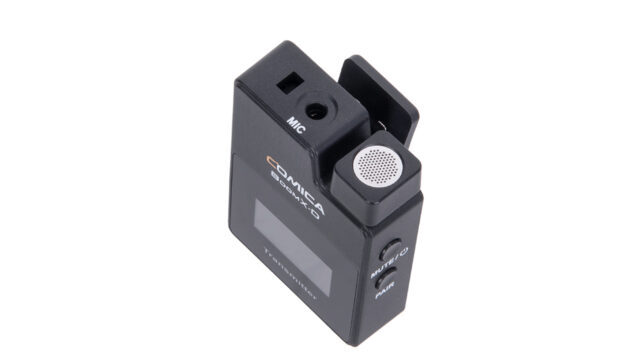 The transmitter features a built-in microphone and a 3.5mm jack input. This 3.5mm TRS mic port is non-locking, except with the included lav mic, thanks to a special buckle that locks in the transmitter. There is a screen on the front of each unit that shows the remaining battery life, audio level, and other display functions. 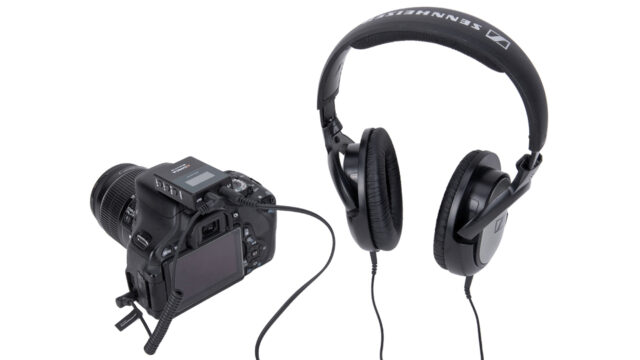 The receiver has one 3.5mm jack output as well as a 3.5mm headphone jack. You can mount the traditional belt pack onto your smartphone and record directly onto your mobile phone with the included 3.mm TRS to TRSS cable. On the side of the receiver, there are two buttons to adjust the volume input of each transmitter separately. 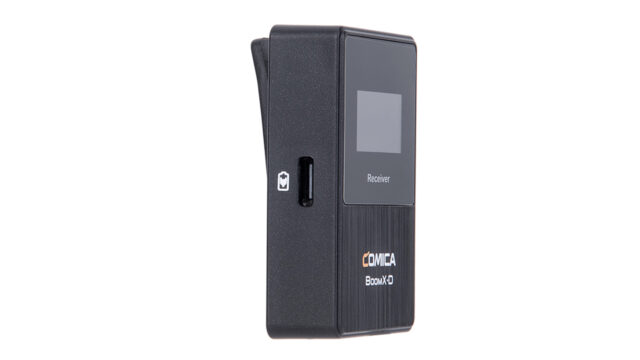 The Comica BoomX-D belt packs are powered by an internal, built-in 300mAh battery that should last for up to five hours. You can recharge the battery via the USB Type-C port. At the back of the belt pack, there is a belt clip to put on your talent. 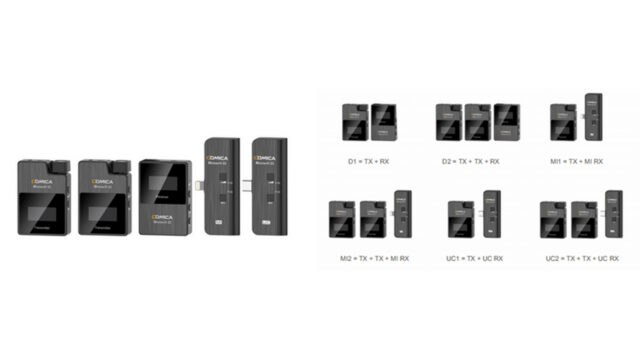 The Comica BoomX-D series of products will be available in mid-March. Several packages are available to suit your needs:

What do you think of the Comica BoomX-D series? Do you consider choosing it over the RØDE Wireless Go or Sennheiser XSW-D series? Let us know in the comments below!