Watch part 1 of episode 20 by clicking here – in case you missed it!

In part 2 of episode 20 of ON THE COUCH, I talked with pro photographers Kamil Tamiola, Tom Barnes and Lucas Gilman about photographers moving into video production.

There are a lot of challenges that photographers face who want to move into filmmaking which they probably don’t think about beforehand. Lucas mentioned his challenges when he decided to shoot video for the first time, with things like audio, moving camera, technical issues and many other things that he never thought about – even different framing and selection of shots, going all the way down to thinking even more in sequences rather than individual shots, which is crucial for editing. 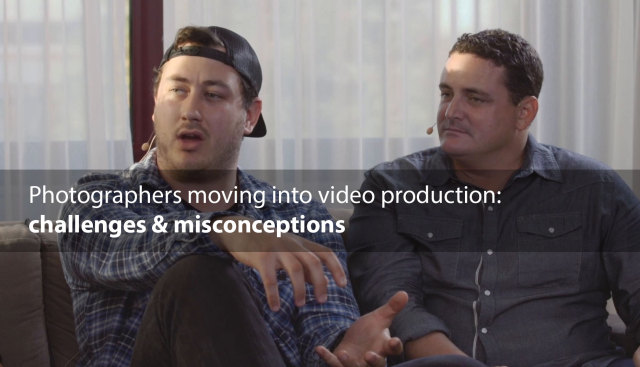 Tom talks about how he got into and out of video again, because of the hassle of a huge crew that he has to deal with if he wants to do it properly. He mentioned the influx of amateurs into the photography world who started calling themselves photographers the moment they were able to afford a cheap camera – the same which is happening now in the video world. Which is a good and a bad thing at the same time, because while it gets harder to sort through people and find out who is actually capable of delivering great images, it also made our whole industry much more democratic – with this very site being a great example of people who got empowered by the film aesthetic and shooting capabilities that was introduced to lower-end productions with the Canon 5D Mark II and everything that followed.

We talked about the phrase, “It’s a really nice camera you got there, it takes really good images,” which shows a total disregard for the photographer or filmmaker and is kind of synonymous for the obsession with technology we face day in and day out.

Lucas and Kamil talked about how filmmaking is much more of a team effort compared to photographing and how it is impossible to do everything by yourself in the video world. It’s a much more social effort in general and one person can much more easily make or break it – and it’s much less of a one-man show, despite the fact that the media usually only focuses on the persona of the director.

The amount of “buzz” in the industry with new technologies like 4K, raw and HDR, clients get more easily excited about these buzz words and it often takes some “education” by the creative people involved to actually explain to them that it isn’t always necessary to shoot everything in high resolution and so on. 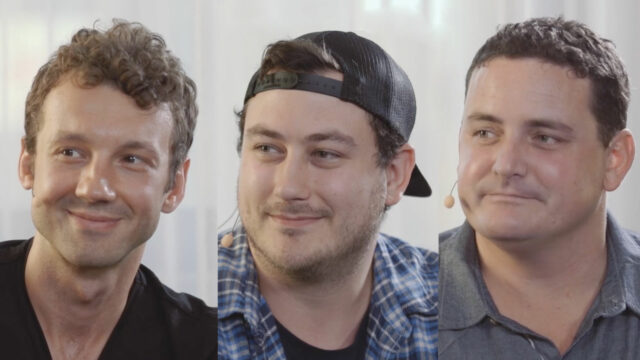 We talked about the industry obsession with resolution in general, whereas things like dynamic range and latitude are still not considered as important by manufacturers, at least from a marketing point of view.

Camera manufacturers also market 4K and 6K (and even 8K) as a means to shoot video that is of so high resolution that you can pull still images from the video and use them as proper stills (instead of a photographer). We talked about the various points on why this is purely marketing talk and of little to no relevance in the “real world”.

Check back in about a week for the third and final part of this episode of ON THE COUCH, when Tom, Lucas, Kamil and me will talk about the advantages of shooting tethered to a computer with photo (and video) cameras as well as client monitoring solutions.

Watch all other episodes of ON THE COUCH so far by clicking here!