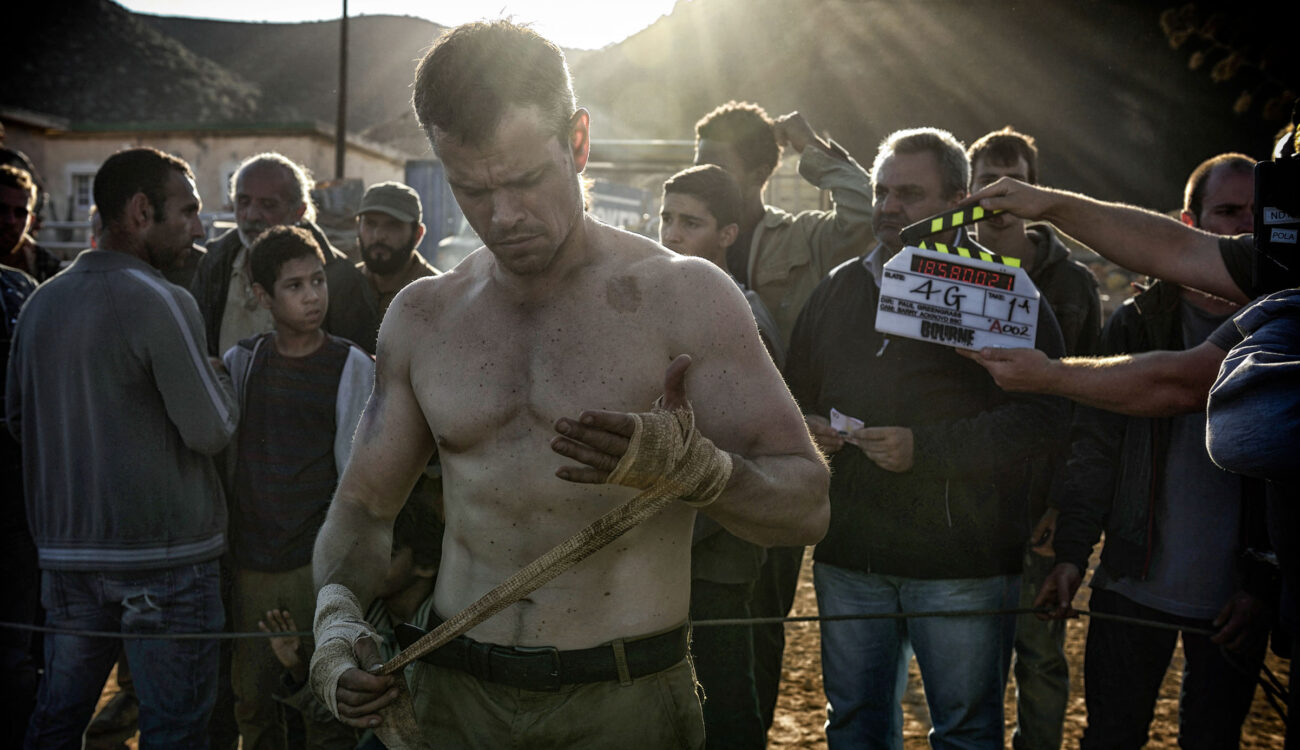 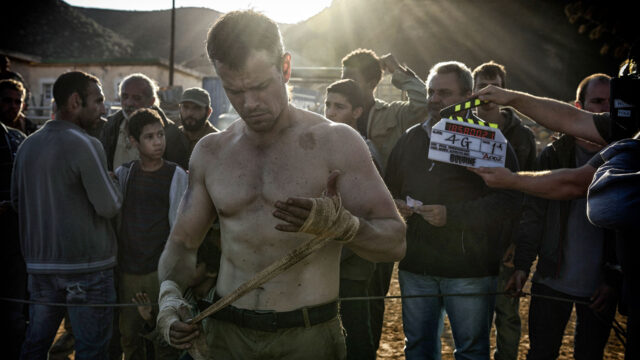 Matt Damon on set during during production of Jason Bourne. Credit: Universal Pictures

Goldcrest Post, London provided full post production services for Bourne director Paul Greengrass. The ever growing community of professional and aspiring colorists and editors who rely on DaVinci Resolve will be happy to see one more high-profile production finished using this software. It’s yet another testimony to the power of the system, as well as of the hard work and innovative development that has been invested in Resolve by Blackmagic Design.

While some were skeptical when Blackmagic Design made the move to add NLE functionality to Resolve, it is arguably the most significant decision in the history of this software. Turning Resolve into a fully-featured NLE, with the most seamless workflow of any editing or grading solution on the market has catapulted Resolve into the hands of more creators than anyone could have imagined. Resolve is now relied upon as the heart and brain of more post production workflows than ever before.

For Universal Pictures,  the online edit and grading of Jason Bourne were in the capable hands of Goldcrest’s Sinéad Cronin and Rob Pizzey respectively. “Working on the project together in DaVinci Resolve Studio allowed us a great deal of fluidity, and we were able to collaborate closely throughout,” reveals Cronin. “I could conform and work on the online edit in Resolve’s Media and Edit pages, whilst Rob could render a grade on the Color page at the same time.” 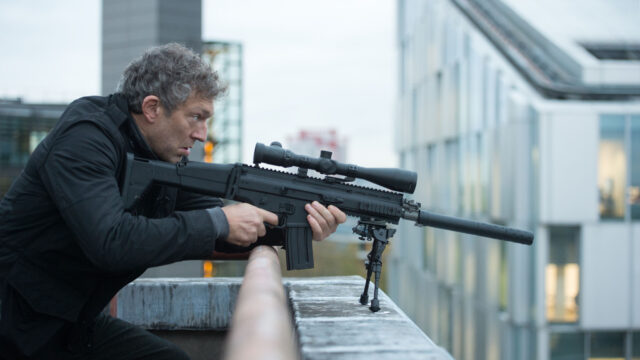 Resolve’s seamless workflow between editorial and finishing, and its collaborative workflow features seem to be the central theme of its success with Jason Bourne.

“There’s so many action-packed scenes, with extended chase sequences and set pieces, so the scale of postproduction was huge; for example, one of the reels had more than 1,000 cuts. Timescales were tight, and I would work on a section of the online edit, knowing that Rob would be in the theater ready to grade with the client. Everything we did in Resolve was in real time, which really helped us to work to a tight deadline,” explained Cronin.

When it came to color, there were some specific creative requirements to create location-specific moods and looks. Having previously collaborated with Greengrass and cinematographer Barry Ackroyd on a number of films, colorist Pizzey had an extensive understanding of how the team wanted to use the grade to enhance the action. “In Jason Bourne, there are sequences in Las Vegas, Athens and Berlin and an important part of the grade was to differentiate the mood and feel between these locations…but to ensure the overall aesthetic of the series remained in evidence,” he explains. 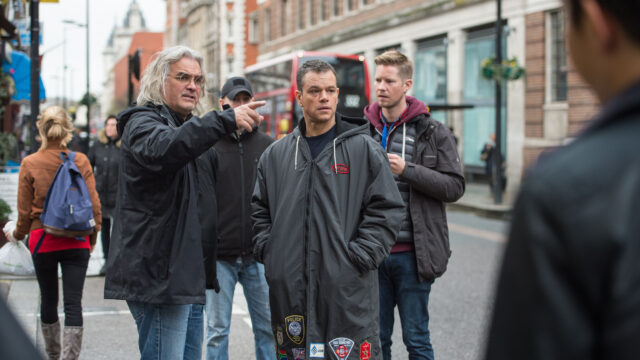 Paul Greengrass, the director of The Bourne Supremacy and The Bourne Ultimatum, once again joins Damon for the next chapter of Universal Pictures’ Bourne franchise

“Barry and I worked during preproduction to produce templates in Resolve from test footage, which would then act as a base for Barry to check his lighting on set, and for processing the rushes. Deploying Resolve at the preproduction stage meant that when we came back together to do the final grade, the sessions were extremely smooth and productive.”

The grade was also used to enhance the film’s editing, particularly in the action sequences. “One of my favorite sequences in the film to grade takes place in Athens, which was shot entirely at night. As the action is on the streets, which are filled with layers of smoke, and a fire unfolds, the edit intercuts scenes from a CIA control room,” explains Pizzey. “I kept the CIA room very cool and clinical, with a blue palette to differentiate from the warm, realistic riot scenes. Using Resolve’s grading toolset with some shape work, I was able to reflect some of the warmer tones from the screens in the control room back onto the actors’ faces. It was a very subtle, but extremely effective contrast within a key sequence.” 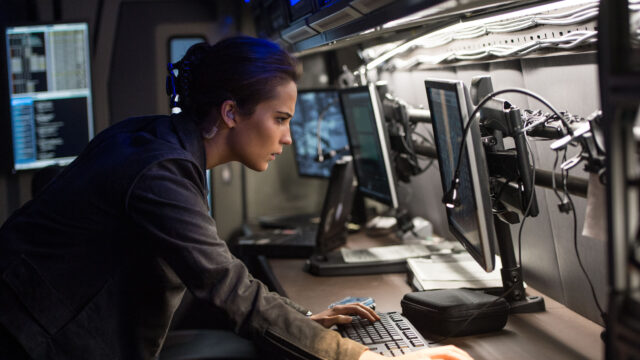