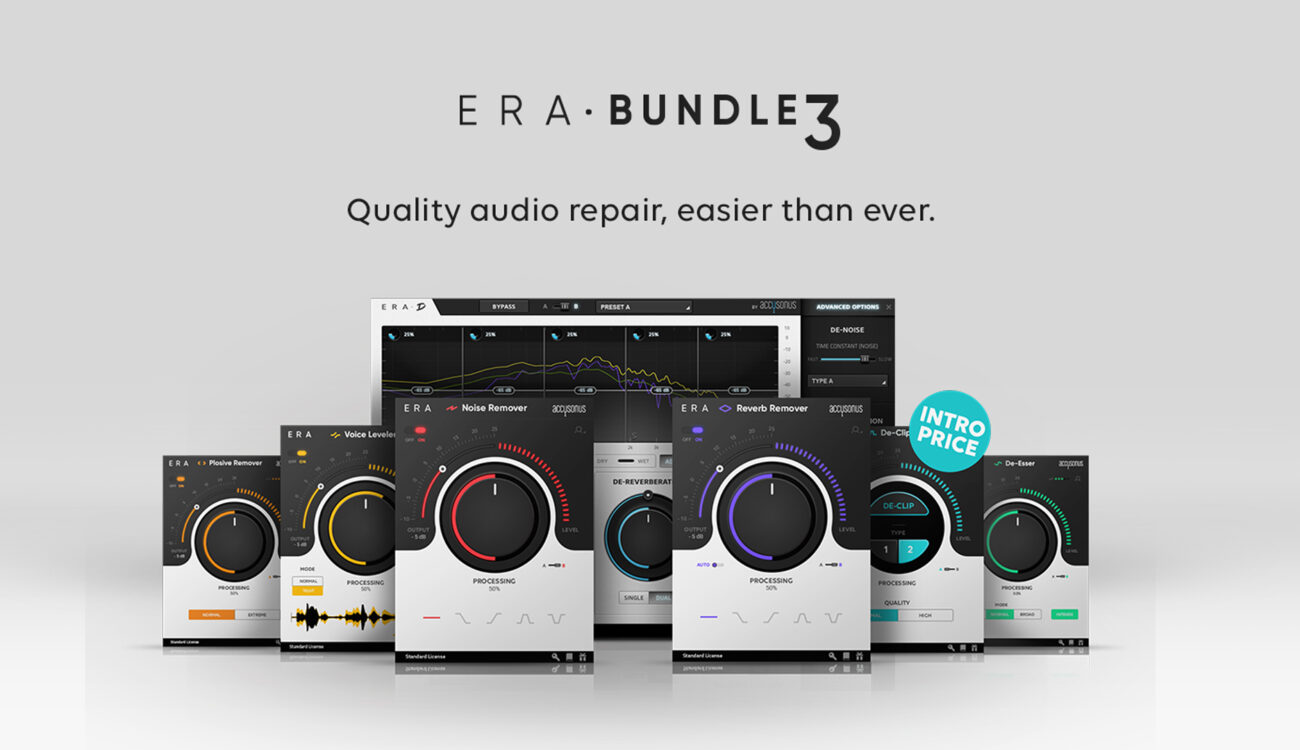 In a previous article, we talked about ERA Single Knob plugins developed by Accusonus. Upgrade to version 3.0 is now out and includes an update for every plugin in the bundle and the addition of a new plugin: ERA De-Clipper. Let’s take a look at how this new plugin can save you from re-recording.

The ERA Bundle is a comprehensive package that includes everything you need to improve your audio in post. Compatible with nearly every DAW available on the market, the standard bundle includes the Noise Remover, Reverb Remover, Voice Leveler, De-Esser, Plosive Remover. The Pro Bundle adds the ERA-D plugin to the list.

With filmmakers in mind, ERA plugins are made to speed up your workflow. The concept is to improve your recordings with high-quality audio processing with just one turn of a knob and without extensive knowledge of sound post-production.

This version 3.0 adds several updates, improvements and bug fixes for all available tools. In a nice addition, a new breath-control module appears in the Voice Leveler plugin. Finally, the exciting part of this update is a new plugin: ERA De-Clipper. 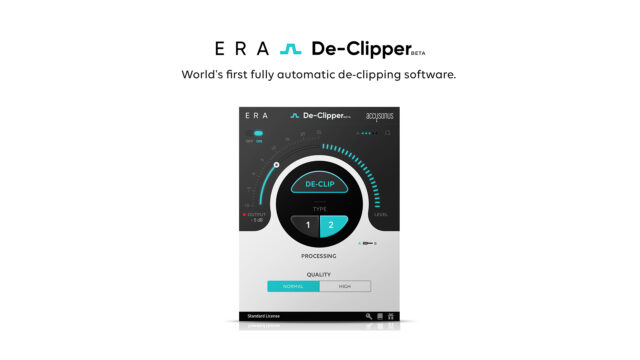 Let’s take an example that, I’m pretty sure, happened to every filmmaker. As a one-man crew, you have to take care of many things. Part of your job includes setting the camera(s), the lighting of the scene, the movement of the cameras and the sound.

You are hired to shoot an interview, everything went fine during the shoot, and you come back to the office. As you are watching your nice looking footages, you quickly realize that parts of your sound recording are clipped. Clipping happens because you set your recording levels too high. Of course, you can’t re-shoot because the interviewee is out of town now. Also, let’s face it, it doesn’t look pro to have to do a re-shoot.

The ERA De-Clipper is now here to help you restore saturated audio parts of your clip. De-clipping is not as simple as lowering the volume of your sound. When you reach the 0dB limits, everything that is over it is gone.

The idea behind the ERA De-Clipper plugin is to automatically “re-create” the missing parts of the signal and also tune the thresholds for you.

However, this is still a beta release to get feedback from users about the plugin.

The upgrade to version 3 is free for all existing customers of the ERA Bundle Standard and ERA Bundle Pro. The ERA De-Clipper is part of the upgrade. Head over to their website to learn more or purchase. Alternatively, you can buy them also at B&H, links below.

Did you already try the ERA plugins? What do you think about the new De-Clipper plugin? Let us know in the comments down below!