Facebook is about to start monetizing many of the billions of video views it gets, in an effort to challenge the dominant player in the video business, YouTube. Video content has exploded on Facebook over the past year, with daily video views averaging at 4 billion views globally.

The ad feature will not be a preroll ad like we know from YouTube, which certainly wouldn’t be perceived well with Facebook’s autoplay feature for videos. Those ads will be played in between “suggested videos” that appear after an autoplay video has finished playing. 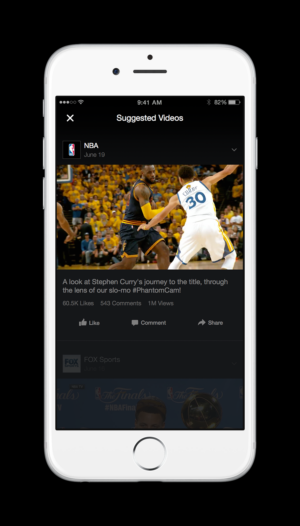 Facebook will start the ad model with a few selected media companies in the beginning, and will only roll it out on its iPhone app first. Fox Sports, the NBA, Funny or Die, Hearst and Tastemade are among those. According to Facebook, independent media producers will be added to this program in the future, likely after it has launched successfully on all platforms.

In my opinion, these are great news for video producers – very much like when YouTube started its Partner Program, it’s likely that there will be a bunch of people who will make a very successful living from the monetization of their videos, once the program is open for the general public to join.

In the meantime, it might be a good time to get your Facebook video content ready and start building that page or channel until the monetization option is there. While it gets harder and harder for Page content to reach a relevant audience, Facebook’s algorithm currently clearly prioritizes video content somehow over “normal” posts.