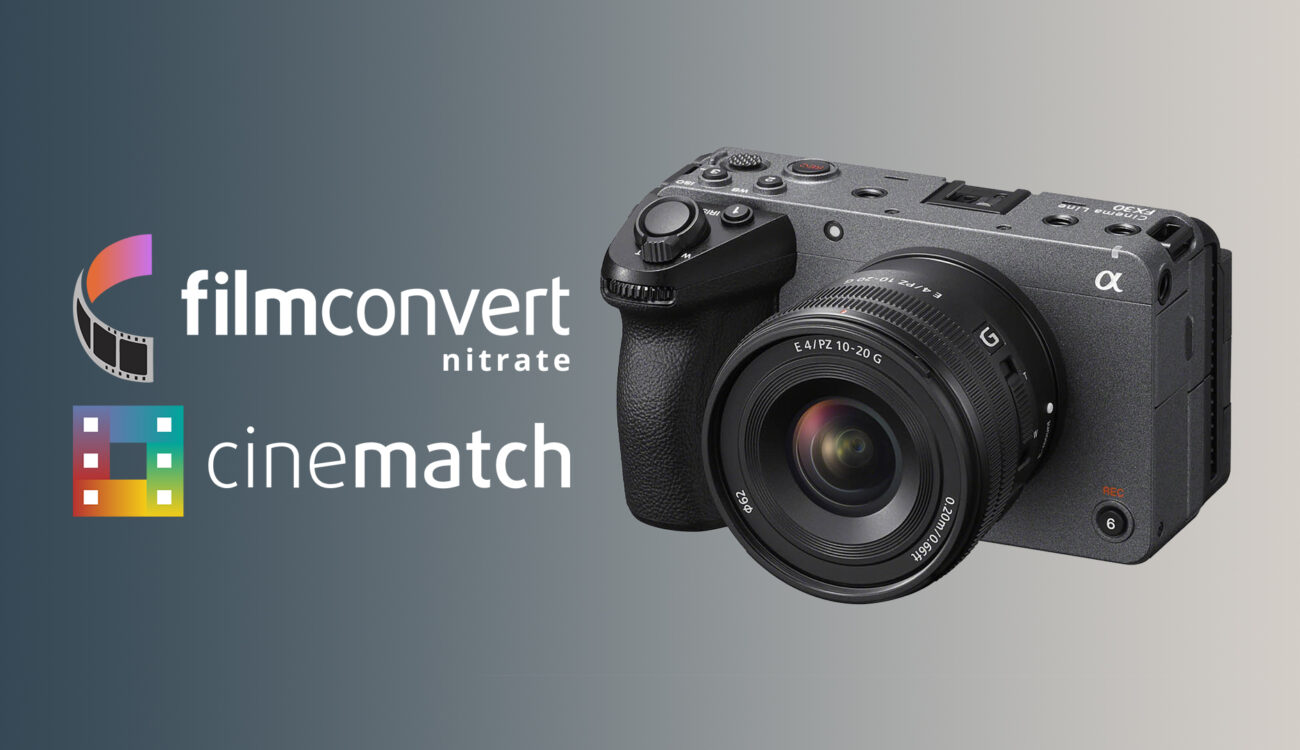 FilmConvert recently released a new camera pack for the Sony FX30, compatible with both Nitrate and CineMatch plugins. Both packs can be downloaded directly from FilmConvert’s website, allowing you to grade and match your FX30 footage with other cameras quickly. So let’s take a closer look at it!

The Sony FX30 was released in September 2022 and walked in the footstep of the FX3. Indeed, both cameras have the same camera body, but the FX30 sports a 6K Super35 image sensor, and it can record footage in 4K UHD at up to 60 frames per second in All-I / Long GOP h.264/265 10bit 4:2:2 codec. If you want to learn more about it, we had a pleasant conversation about the FX30 with Sony’s product planner Kosuke Imagawa-san.

If you’re new to FilmConvert’s plugins, they are designed to speed up your color-correction and color-grading post-production workflow with easy-to-use controls. CineMatch is a color-correction plugin that allows you to easily color-match different cameras with a click of a button. On the other hand, FilmConvert Nitrate is a color-grading tool to help you replicate specific film looks, including the color and grain of various film stocks.

All plugins are based on the camera sensors’ data profiled individually by the FilmConvert team. In addition, the company regularly releases updates and new camera packs, including the recent FUJIFILM X-H2S, Canon EOS R3, Sony a7 IV, Panasonic Lumix GH6, and many more.

These new FilmConvert camera packs for the Sony FX30 are compatible with most of the camera’s picture profiles, including S-Log3, Cine EI, and Cine EI Quick. That way, you’ll be able to match the FX30 with any other camera easily you might have and fully benefits from its 14+ stops of claimed dynamic range.

FilmConvert camera packs are always available to download for free for all existing users. You can download it along with support for a wide selection of other cameras directly from FilmConvert’s website.

Also, CineD readers can get FilmConvert’s CineMatch and Nitrate plugins for 20% off. In addition, you can purchase individual plugins for Adobe Premiere Pro, DaVinci Resolve, or FCPX. Bundles are also available if you need to jump from one NLE to another.

What do you think about this new camera pack for the Sony FX30? Did you add the FX30 to your kit as a main or B-camera? Don’t hesitate to let us know in the comments down below!