FUJIFILM has just announced its new flagship APS-C sensor size, X mount video-oriented mirrorless photo camera, the X-H1. It’s safe to say that while developing this camera, FUJIFILM had us – the filmmaking community – in mind.

The race to capturing the hearts of filmmakers has just become tougher with the introduction of the new FUJIFILM X-H1. Built on the heritage of the successful FUJIFILM X-T2, this new top-tier camera is rolling out with included additional features that are likely to appeal to many: the 5-axis in-body stabilization system, included F-log and the newly-developed ETERNA film simulation picture profile, just to name a few. 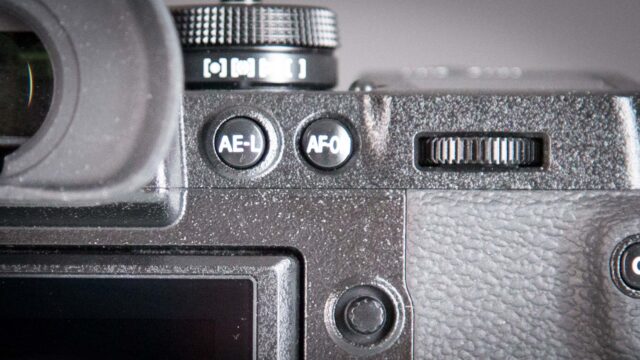 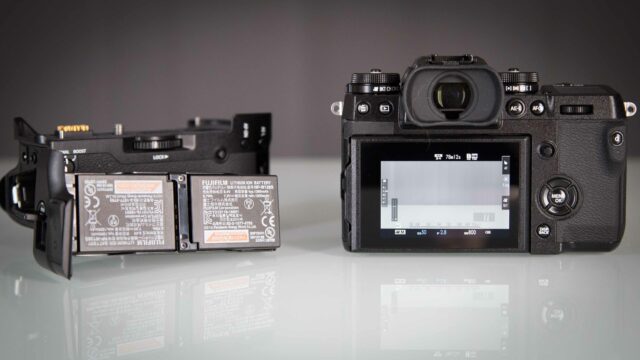 The new camera felt very robust in my hands and operating it was very similar to using the older X-T2, except for the new AF-ON button – very useful when shooting in manual focus mode and using the EVF: just press this button and get your desired point instantly in focus. The new X-H1 uses a new vertical power booster grip, which I personally like to work with as it adds more stability when holding the camera. Speaking of which: the booster grip also adds additional benefits, like being able to monitor sound via the included headphone socket, support for 3 batteries for longer shooting periods and, last but not least, doubling the total length of the recording time when shooting in 4K, for a total of 30 minutes instead of 15. 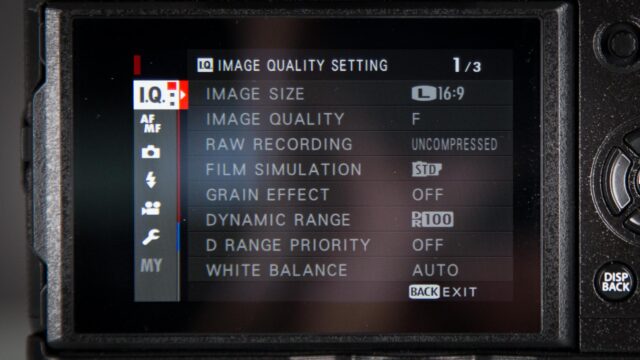 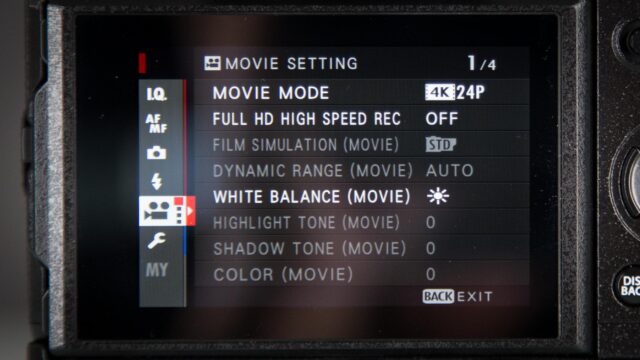 Most camera video features are now under one roof

On the menu front, FUJIFILM has done a great job by eliminating (greying out) most if not all of the unnecessary photo-related menu entries when in video mode. As far as I’m concerned, there is just one point that can be improved: 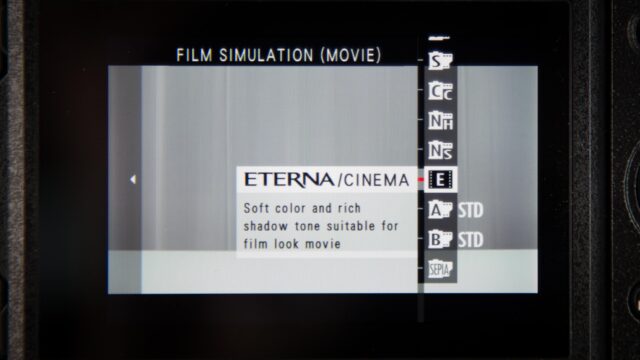 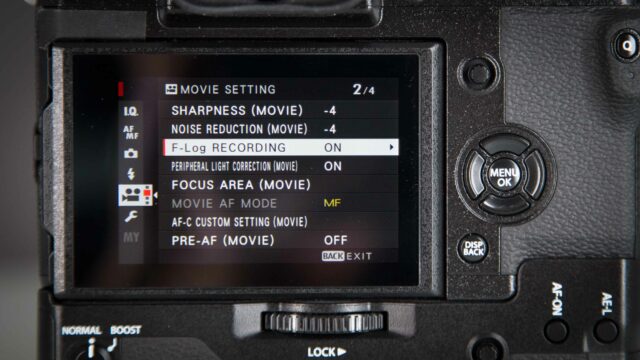 This is the place to mention that the new camera uses the same sensor and processor as the Fujifilm X-T2 but, as the top camera model and in order to differ from the current X-T2, FUJIFILM has added some significant beneficial improvements to the new X-H1. The most notable are:

On top of the above, it is worth mentioning the Dual SD slots with relay recording functionality, front and rear tally option, the ability to record 120fps in full HD mode, DCI 4K setting (24p only), silent video operation mode (see detailed explanation below in the “Pros” section), good low-light performance and a high data rate recording of up to 200Mbps.

This is also the place to mention a video feature that is not yet functional, but will be next month. I’m talking about the launch of the FUJINON  X mount MK lenses. These high-quality, lightweight and compact lenses will be a perfect match for the new camera and besides of benefiting from the 5-axis in-body stabilization system, I’m eagerly waiting to see what else this combo will bring. 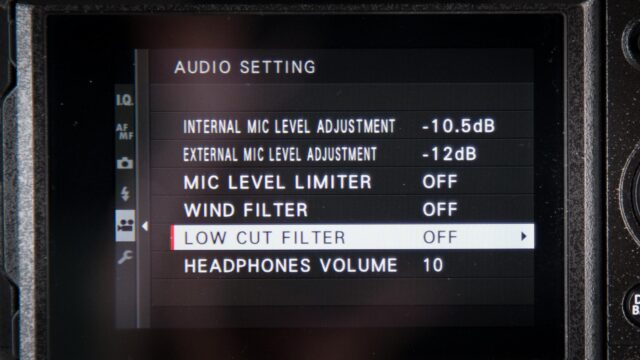 This is where this new camera shines. There is something very cinematic in the look and feel of the picture, and even the noise in high ISO settings (like 5000) is not really disturbing, looking at times like film grain. On the downside, it is truly a pity that FUJIFILM did not implement 4K 50/60p recording and, when it comes to the recorded bit depth and color sampling, apparently the current sensor/processor combination is not able to record in the much-desired 4:2:2, 10-bit specification environment.

When it comes to audio, the built-in microphones will capture sound in 24bit / 48KHz quality but, most importantly, the external audio sound recording quality is very impressive. One reason for this might be due to FUJIFILM adding the possibility to disable the low cut filter in camera. This can obviously give a richer sound to any interview, for example. I haven’t seen this feature being implemented internally in other mirrorless cameras. 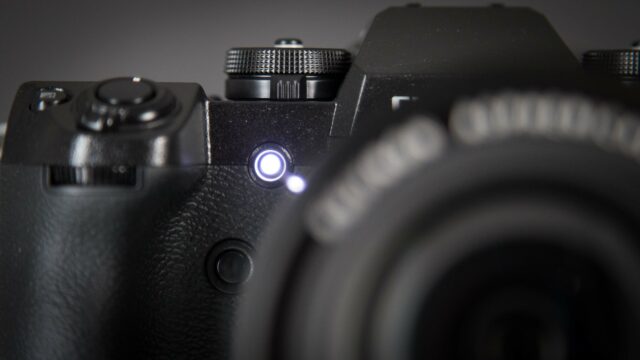 Its current firmware is where the camera scores the lowest for me. The three main obstacles are a somewhat inconsistent continuous autofocus performance in video mode, an issue with manual focus and inconsistent sound performance. 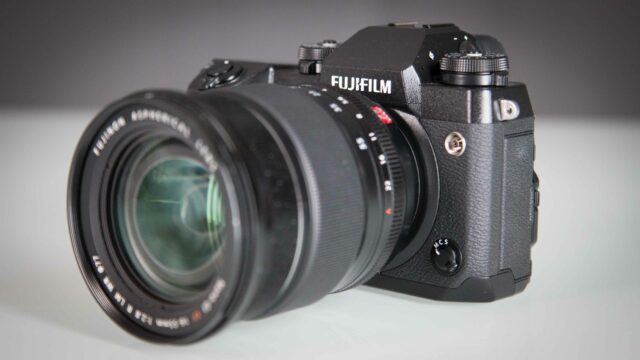 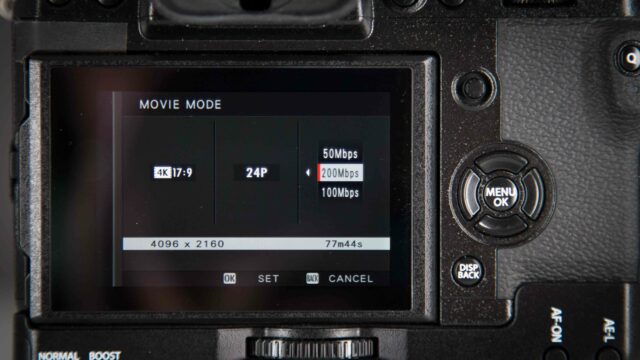 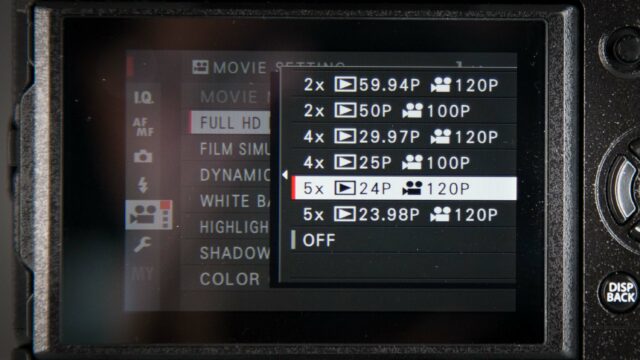 Issues that FUJIFILM can hopefully take into consideration and check if fixing them is possible (in no particular order): 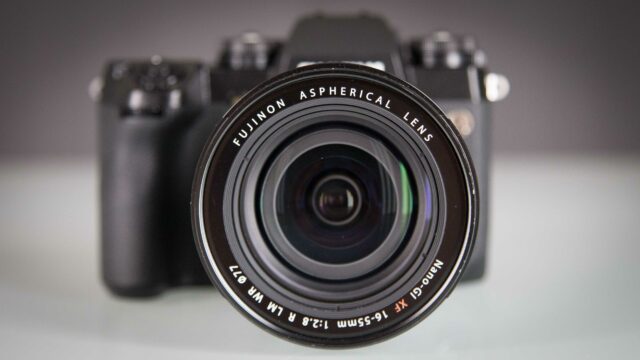 The lens used in this FUJIFILM X-H1 review was the FUJIFILM XF 16-55mm f2.8 R LM WR. It is one of FUJINON’s flagship zoom lenses with a Full Frame focal length equivalent to 24mm – 84mm and a constant f/2.8 aperture throughout the range. Here is a quick list of the Pros and Cons I found while combining it with the X-H1: 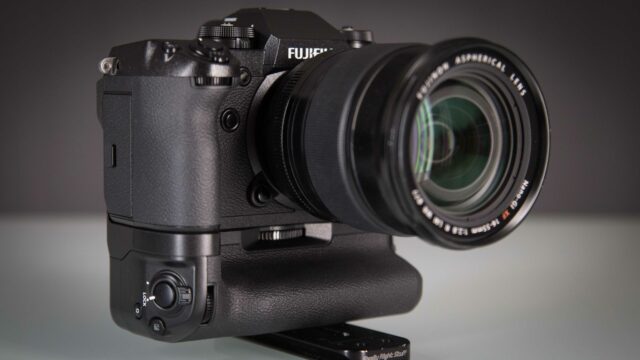 With the introduction of the new X-H1 camera, FUJIFILM is slowly but surely closing the gap between its video-oriented mirrorless photo cameras and its rivals. It is also very clear that FUJIFILM is very determined to listen and cater to the needs of the filmmaking community. The thing is, my above statement is relevant for the present time and, while this camera is nice to work with, it will have to go through one or two firmware update cycles in order to fix some of the glitches mentioned in my review and fulfil its true potential. Additionally, current models from other respected manufacturers with enhanced functionality – be it 4K50/60p frame rate, 10-bit recording, better color sampling or higher low-light sensitivity – are aiming to capture that exact same crowd. So, in short, does this camera offer enough to make one jump on the FUJIFILM bandwagon? Time will tell, but the direction is extremely positive. 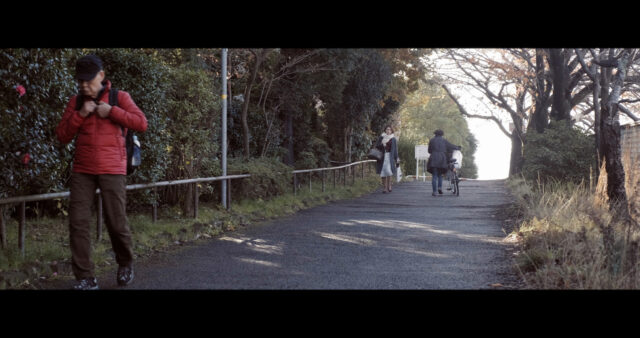 A still taken from my timeline

Many thanks to Sakiko Takahashi and Natalie Behiri.

What is your take on the FUJIFILM X-H1. Are you impressed with what this camera has to offer and can you see yourself updating your current gear with it? Share your opinion with us in the comment section below.