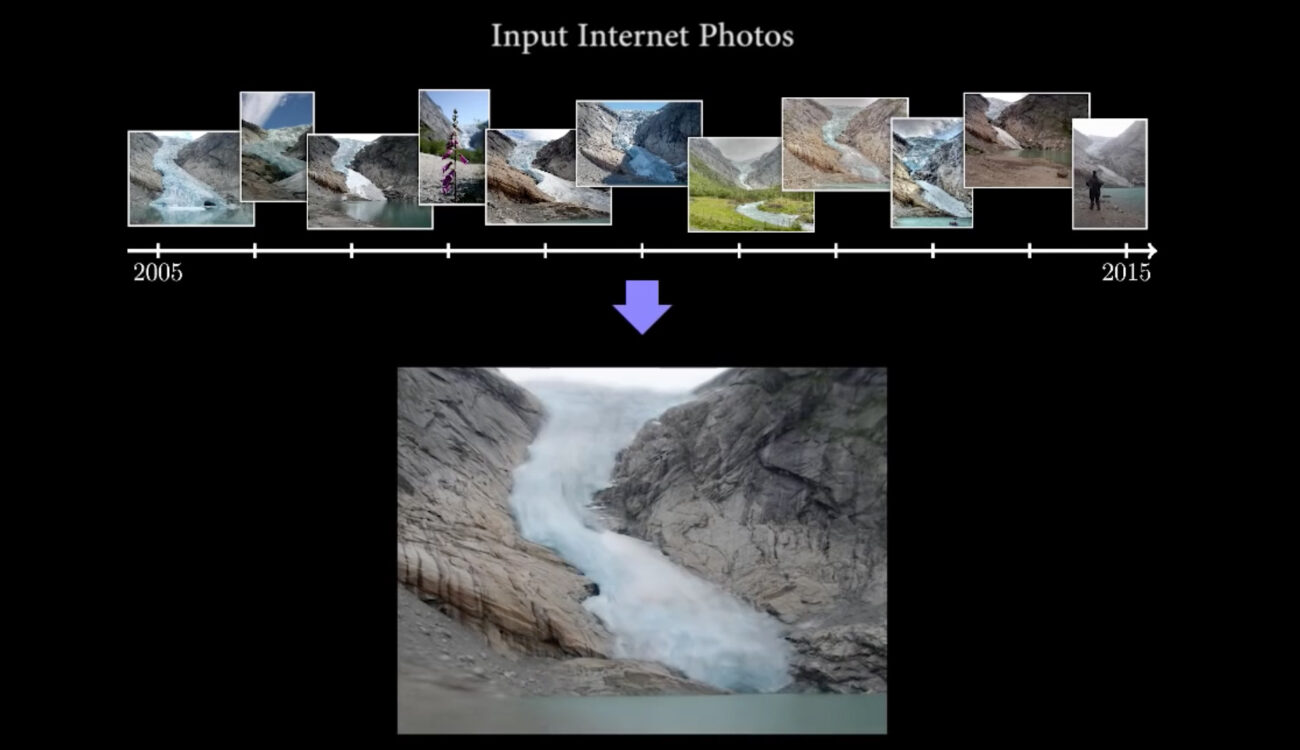 Taking a scientific approach of course, Google teamed up with researchers at the University of Washington to create more than 10,000 timelapse videos, utilizing millions of (royalty?) free photos available on the Internet. These are videos of very popular landmarks, and the scientists merged photos from all kinds of different viewpoints into one perspective, using the power of software image interpolation. This is reminiscent of the technology Microsoft is developing to produce hyperlapses (which we reported about here).

The results are amazing as they show landmarks changing over long periods of time, something that would take an extreme amount of effort to shoot from a single perspective as a timelapse – this is not saying it hasn’t been done before, but it’s hard considering changing weather conditions, powering and protecting the camera gear, and so on.

We get to see glaciers melting, excavations progressing, seasons and even skylines changing. If you are interested in the science behind all this, head over to Washington University website for the paper that explains the process in detail.

The entire project will be presented in detail at the Siggraph conference taking place in Los Angeles in August.