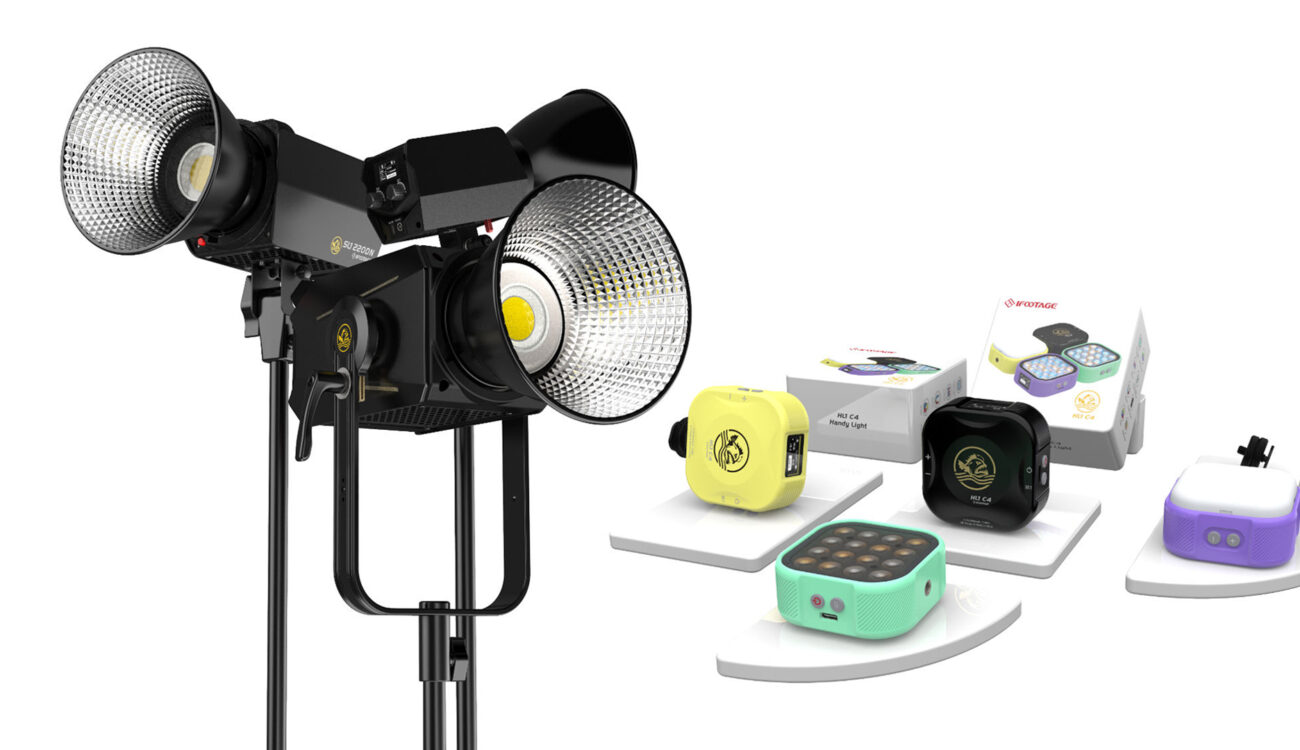 iFootage is releasing its first foray into lighting, with the Anglerfish DN and HL1 series. Both are LED lights, the former being a cinematic COB light, available in three sizes, the latter a compact, magnetic pocket light. (Check out our review here)

iFootage has mostly been known to manufacture gear for stabilization. Tripods, motion systems and stabilizers with clever features, and very good build quality – higher than the quite affordable pricing might suggest. So now iFootage’s Anglerfish LEDs are taking aim at the LED market, probably trying to take the same approach to that highly competitive market.

The two larger lights have handles, for easier transport around the set and DMX control ports, as well as lockable XLR power ports. The power supply and controls are external, with an integrated hook for hanging from lightstands, knobs and a small display for adjusting settings.

Only the DN 60 has the controls right on the backside of the fixture itself. The largest of the three, the Anglerfish SL1 DN 320, also has an adjustable yoke. iFootage has thought of an interesting accessory for the Anglerfish SL1 DN 60, a pistol grip, with an integrated V-Mount for literally running and gunning with the light.

As far as color accuracy goes, the DN series reaches a CRI of 98, TLCI of 99 and a CQS of 97. iFootage states they aimed at recreating a full and accurate daylight spectrum for their LED lights, eschewing the blue spikes that are commonly found in affordable COB LED lights. Additionally all DN lights are able to do 8 special effects, including paparazzi, fireworks, lightening, strobe light, welding light, pulsing and explosion.

Apart from the DN series, today will also see the launch of iFootage’s Anglerfish HL1 C4 RGBW Handy Light. The versatile little fixture features 16 individual LEDs, has a magnetic backside and controls on the sides. Moreover, it comes with a magnetically attached diffuser.

The battery run time is 2 hours and can be extended hot-charging them via USB-C, making it a good option for streamers, vloggers and quick accent lighting on larger shoots. The fixtures are available in four different colors and can be used with an included cold shoe mount.

All of the lights released today can be controlled via Bluetooth with iFootage’s Lumin app. The Anglerfish DN series is even able to form meshes, sharing settings and being controlled simultaneously. The Lumin app also has a music mode, providing light effects in reaction to music being played around the device controlling the lights.

All of the iFootage Anglerfish lights are launching today. We will keep you up to date with regards to pricing. iFootage might be late to the LED party, but they bring interesting features, very good ratings and the characteristic cleverness of their products. They might be able to bring a breath of fresh air into this market segment.

What do you think of the new iFootage Anglerfish LED lights? Do you think they can compete with lighting products from the competition? Let us know in the comments!