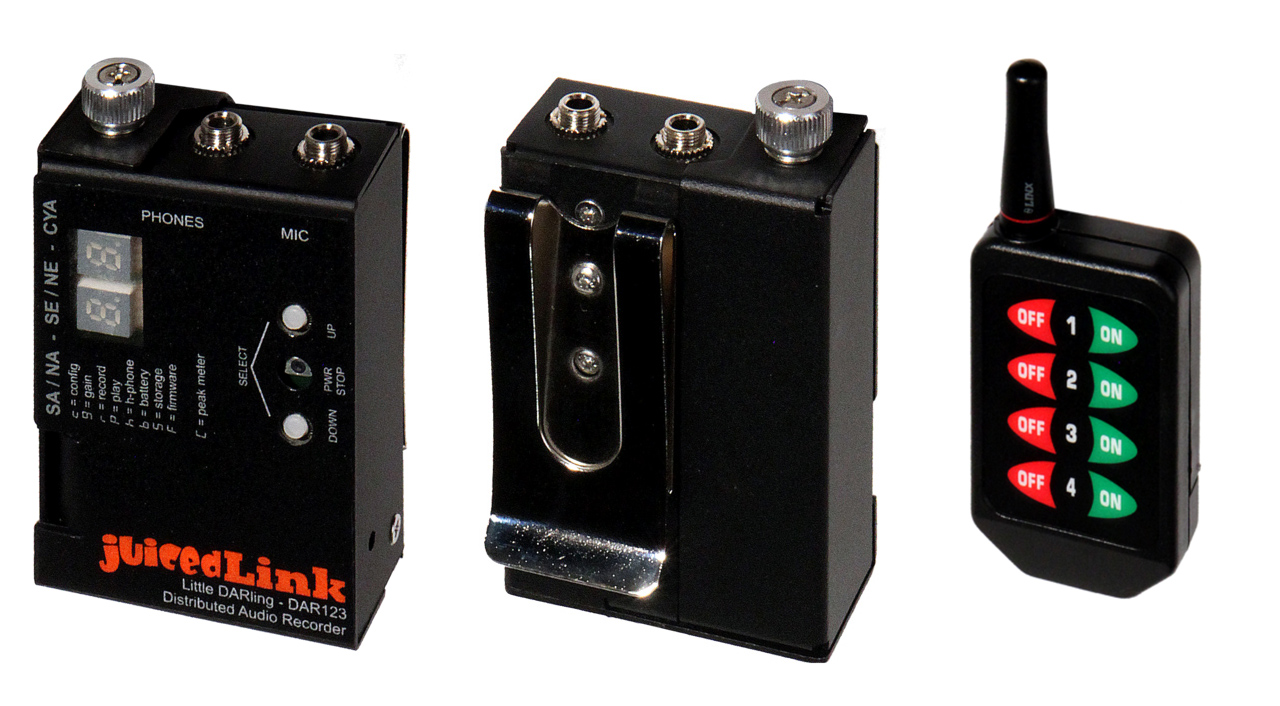 The JuicedLink Little DARling is finally here. The compact audio recorder is very small—perfect for those looking for a fuss-free sound solution with the option to sync seamlessly between multiple devices.

First announced way back at NAB 2014, the Little DARling is a compact audio recorder. Powering off a single AA battery and recording to a micro SD card, the JuicedLink micro box is designed to work in tandem with a lavalier microphone (not included).

Using the detachable belt clip, you can easily conceal the Little DARling on your subject thanks to its slight form factor.

The unique selling point? At the flick of a switch, you can send a slate tone to every DARling in your wireless loop, offering the perfect sync point when you’re in the edit. 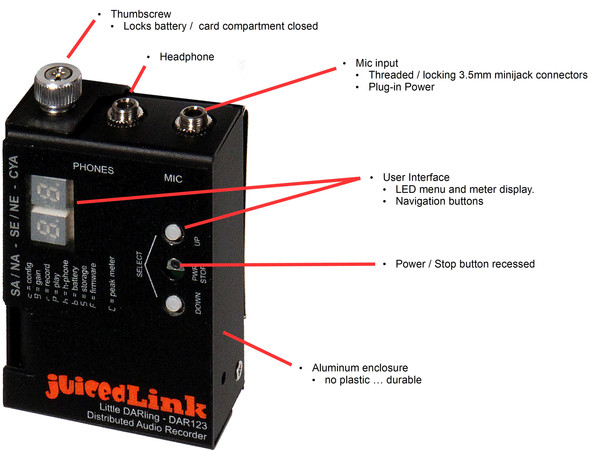 The wireless control contributed in large part to the delayed release of the Juiced Little DARling. The DAR-CMD-HHLR-433-MD Transmitter to be precise (catchy) connects to multiple Little DARlings at a time, with the ability to stop/start each of the devices as well as send a slate tone for the perfect sync point in post. 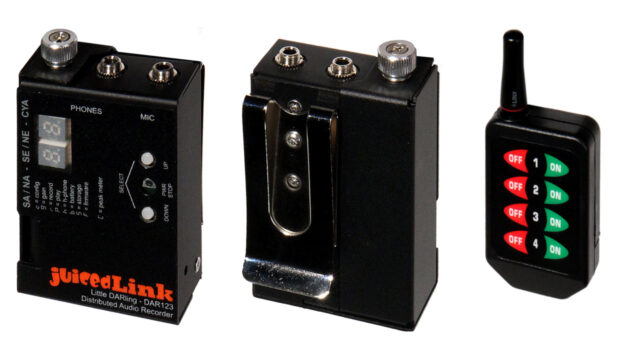 Picture this, you’re out shooting a documentary solo, and you have three subjects that interchange between your locations. You want decent audio for all three but don’t want/can’t facilitate the hassle of three wireless receiver packs feeding into your camera.

With four of these compact audio recorders, one for each of the talent and one outputting to the camera, you can capture independent audio from all three subjects, start/stop all devices remotely, and send a slate tone to each simultaneously so that you can quickly match up all audio sources in post.

This can be an excellent alternative to syncing audio in post with something like PluralEyes where the software relies on the audio sources to sound very similar; using a slate tone method means you can sync audio up that doesn’t depend on the same waveform (for example a conversation across a large room).

The JuicedLink Little DARling accepts audio via a locking 3.5mm input. It can run up to 12 hours on a single AA battery and provides plug-in power for typical lavalier microphones.

While it’s not always ideal to record audio that you can’t monitor, sometimes a simplified on-set workflow takes precedence. The Little DARling ensures this method of audio capture retains easy to sync files in the edit, what’s more with the secondary  -16db recording offers great redundancy for any surprise audio level spikes.