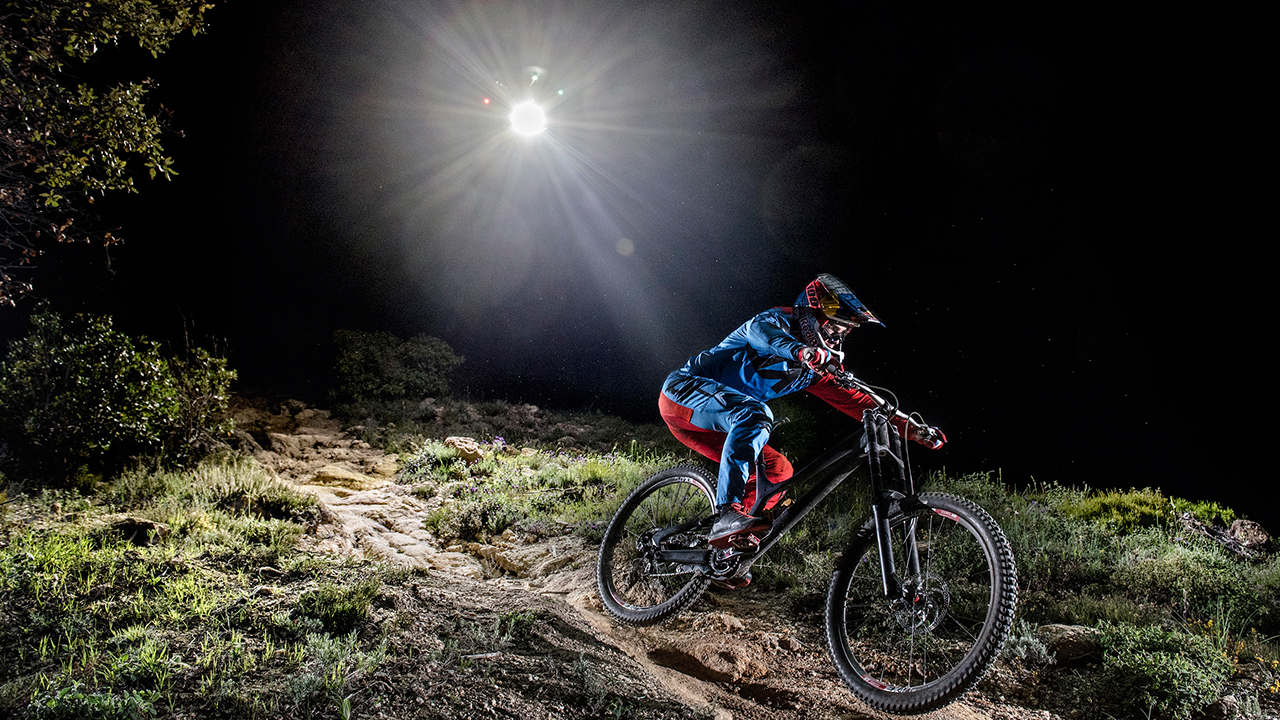 Hadrien Picard mounts an 800W LED on a drone to follow an MTB champion down a mountain trail at night. See how he did it below!

Say you want to shoot an extreme sports video at night for Red Bull. Your subject? Downhill mountain bike world champion Loïc Bruni descending a dark trail at breakneck speeds. Sure, you could light every stretch of the track from start to finish, with all the logistics, crew and power that that would entail. Or, you know… You could just mount an 800W LED on a drone and follow the action as it unfolds. The result? Night Chase.

If the idea seems familiar, it might be because of a similar project that hit YouTube a few months ago, where a crew mounted a 1000W LED onto a Freefly Alta Drone achieving really amazing results. A strong light hitting the colourful foliage of the forest or structures such as bridges and houses from such an unfamiliar angle at night is already interesting enough, but the added movement of the drone and the shifting shadows really give the result an almost CGI-esque effect.

Inspired by this very video and his passion for bikes, French photographer and director Hadrien Picard knew he had to make a few tweaks:

Compared to the first video our light has to be smaller & directional so we can aim the light precisely toward the rider, as there was indeed zero option that the rider would not be lit. – Hadrien Picard, Director.

In order to achieve this increased control over the direction of the light, Hadrien sought the help of the guys behind LIFT-CINEMA, who built a bespoke system around an array of eight 100W LEDs mounted right onto the gimbal of the drone. It also included a water cooling system, as well as a FPV camera on the LEDs, whose feed ran to an operator on the ground who could control the direction of the light with what seems to be a Freelfy Mimic controller. Check out the BTS below:

Will you be mounting an LED on a drone anytime soon? Let us know in the comments below!