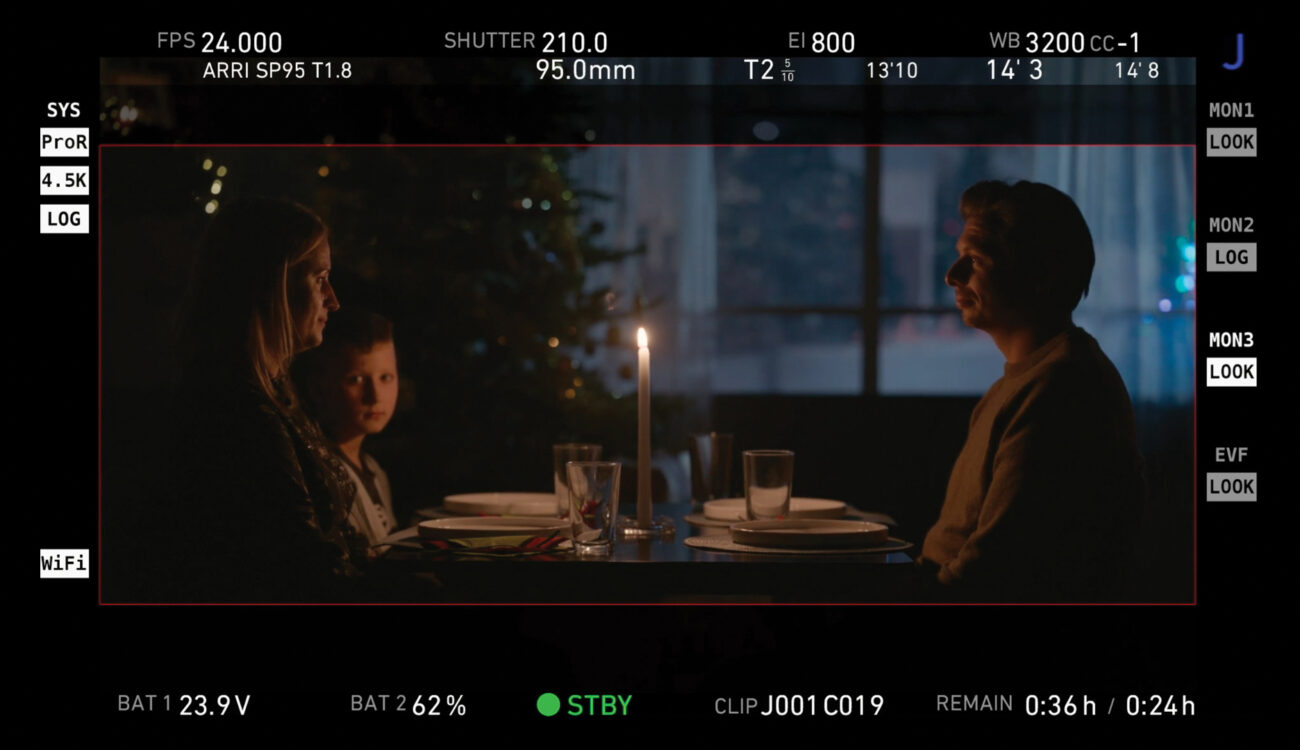 Cinematic lighting doesn’t necessarily require a truck packed full with grip hardware and next-generation lighting equipment. Sometimes there are situations when you really need to make the best out of what’s available on set, and simple candlelight can do the job.

When talking about lighting using only candles, it’s hard not to think about Stanley Kubrick’s Barry Lyndon (1975). And indeed, in his ARRI Christmas Master Class on MZed, Julio Macat, ASC (Home Alone, Wedding Crashers) admits that he borrowed the knowledge for this type of cinematography directly from Mr. John Alcott, Director of Photography of the Kubrickian masterpiece.

Macat’s course is an insightful journey into the roles and workflows of a professional film set. It explores composition, lighting, camera movements, and even a little bit of set lingo. Particularly, in the Lighting a Scene with One Source module, the Argentine-American cinematographer takes his students by the hand to show them how to set up a basic Christmas dining dialogue scene from scratch, using (almost) only one candle. So let’s take a look at his approach.

The Importance of Honest Lighting

Lighting a scene using a single candle can be tricky for many different reasons. To start off, since the candle acts both as a light source and as a prop, this element takes on greater importance in the frame. It’s the only motivation for our lighting, thus its placement and relationship with other elements in the scene must be “honestly” and carefully calibrated.

And second, such a low light scenario poses questions on how to properly handle exposure. Shooting wide open on a fast lens is almost mandatory – in his demonstration, Macat makes use of a fully-rigged ARRI ALEXA LF and ARRI Signature Prime 95mm T1.8. However, he claims you have to be very careful and smart about it. In fact, an attentive balance between the darkest and brightest elements in the scene is necessary to avoid blown out highlights, which can be terribly distracting to the eye.

Lighting a Scene With a Single Candle: Fake It Till You Make It

But what if you can’t rely on space-grade Carl Zeiss Planar f/0.7 lenses, just like Alcott did in Barry Lyndon? Or, even if you could, what if the candlelight is so dim that it’s hard for your signal to raise out of your sensor’s noise floor?

Here’s where the trick comes in. Hold on tight. According to Macat, the secret for lighting a scene using a single candle is… well, relying on multiple candles. This can be done by properly lining up multiple wax lights to the optical axis of the lens, so that only the one in the foreground is visible to the camera, while all the others hide behind it.

“And the scene where it was lit with one candle? Well, he had six in a row.”

As simple as it might be, this ingenious stratagem allows you to achieve proper exposure levels for the scene, without sacrificing the honesty of your creative intent. Of course, this methodology has its own limitations, especially when camera movement is involved. However, it can still work out for subtle, gentle moves.

Operating the Camera to the Music Beat

To wrap up his Lighting a Scene with One Source lesson, Macat explores a simple exercise to help operators practice their pan and tilt camera movements. Indeed, although these are considered some of the most basic moves, camera operators really need to master and fine-tune this skill, if they really want to move the camera in a way that serves the story – Macat claims.

All it takes is a camera, a lens (works best with longer focal lengths), a good fluid head tripod, a couple of talents, and some speakers to play music tracks of different speeds and genres. The exercise consists in moving the camera from one actor’s close-up to the other, while trying to match the camera movement with the beat of the music track playing in the room. According to Macat, this practice will help you assimilate different rhythms and feels, so that you can transfer them to the imagery.

“[The rhythm] will stay with you and then, when you’re operating the camera, and you have in mind a soundtrack to the movie, or at least the feeling of that scene – which may take a moody soundtrack, or it could be a speedier moment in the movie – you flick into that speed.”

As an MZed Pro member, you not only get access to this course by Julio Macat ASC, but also to nearly 300 hours of filmmaking education, plus we’re constantly adding more courses (several in production right now).

Have you ever shot in a candlelit situation? Did you know this trick before? Feel free to share other tips in the comment section below!