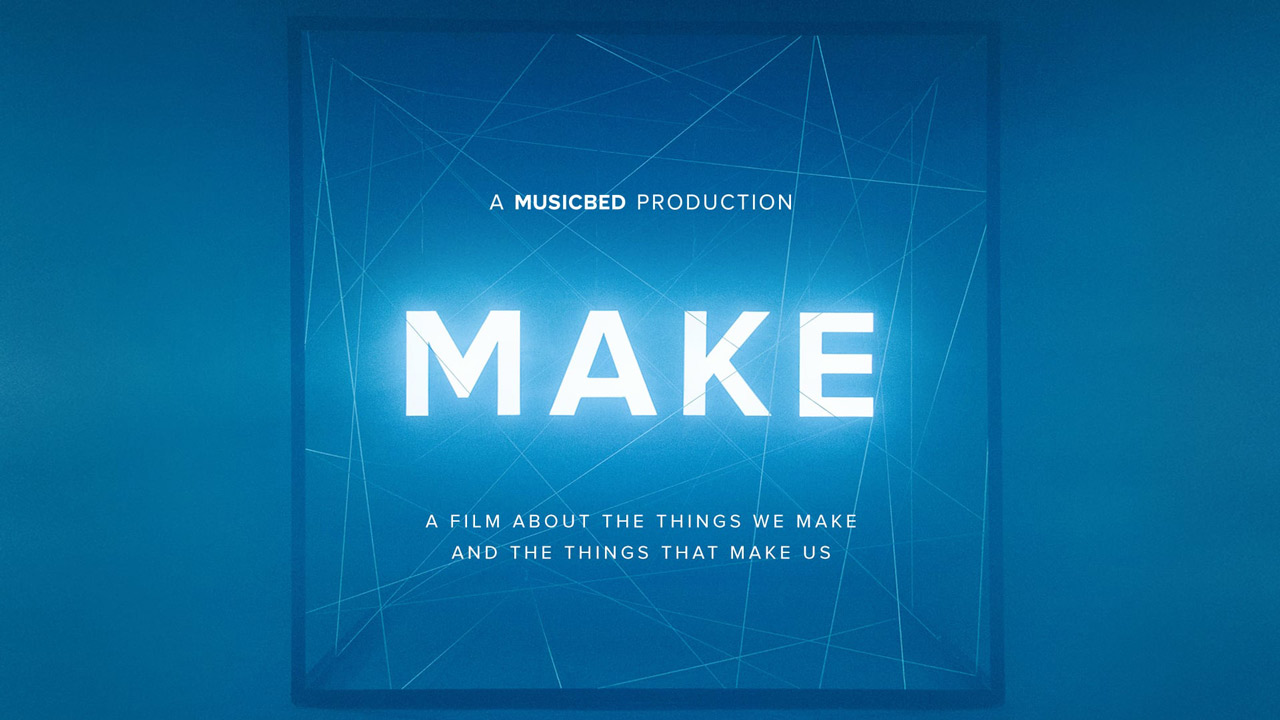 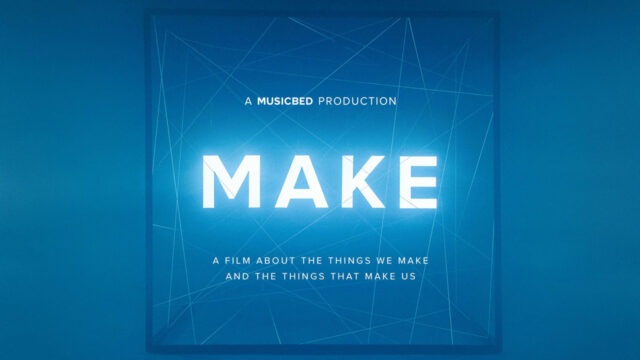 Are you a creator, a filmmaker or camera enthusiast? Are you looking for the ingredients it takes to master a creative life and be successful with your craft? Then you are either one of the people depicted in this film, or one of the many creatives that struggle on a daily basis just like them.

I recently watched the newly released documentary “MAKE” on Vimeo and I truly enjoyed it. I felt both understood in my endeavour to work in media and also fascinated after being confronted with the reality of my situation as a creator in this industry. Several filmmakers, artists and designers have received a voice in this feature-length documentary and they speak for all of us.

It’s no secret that “MAKE” is an elaborate marketing effort by the successful music licensing platform musicbed. And while they might remind us of their existence yet again, this film certainly has much more value than being a mere promo stunt. In its own language, you could say that it could even teach us a lesson about how to create something inspiring and meaningful that transcends its initial purpose.

“Musicbed has a unique perspective in the creative industry. Working with both Filmmakers and Musicians, we’ve seen firsthand the traps that artists can fall into when they’re driven by something other than their passion to create. It’s so easy to be blinded by dollars, followers and awards. It’s a pitfall that is more evident in today’s culture than ever, but it’s also an issue as old as time itself.” – The Musicbed (Production)

While the merit of the storytelling style of “MAKE” can be debated, there is no question that the philosophical approach they’ve taken gives us a lot to think about. With barely any pauses, its 75 minutes of deep questions, ideas and inspiring thoughts could make a difference for an ambitious artist. If nothing else, the film is definitely worth the discussion about the questions surrounding a creative life path, whether you debate those only in your head or in the comment section of this article.

At times, “MAKE” might be taken as being a little bit too ambitious when it borders the reflection of questions about life itself, laying it on thick with emotional music and slow motion images. I’d say it follows the current popular filmmaking style, and many will probably like that. You could also say the film certainly has the musicbed language written all over it, but it’s enjoyable to watch and the video and sound quality is excellent.

If no one ever looked, I’d still be making cool shit with my buddies. You know what I mean? It’s as honest as I can be. Before anyone was interested, that’s what I was doing. I had a great life.

By now you’ve probably guessed that personally I thought this film is really worth watching. It’s a unique piece of documentary filmmaking that goes to the bottom of what it takes to be a “MAKE”R, and listening to the struggles and resulting wisdom of a diversity of successful filmmakers, musicians and designers is inspiring for my own path in this field. It is honest, passionate and true to the questions it takes about. I liked it. You can watch it on Vimeo HERE.

No one is going to do it for you. You have to go out and do it yourself.

What drives you to create?
If you’ve watched “MAKE”, let us know in the comments.