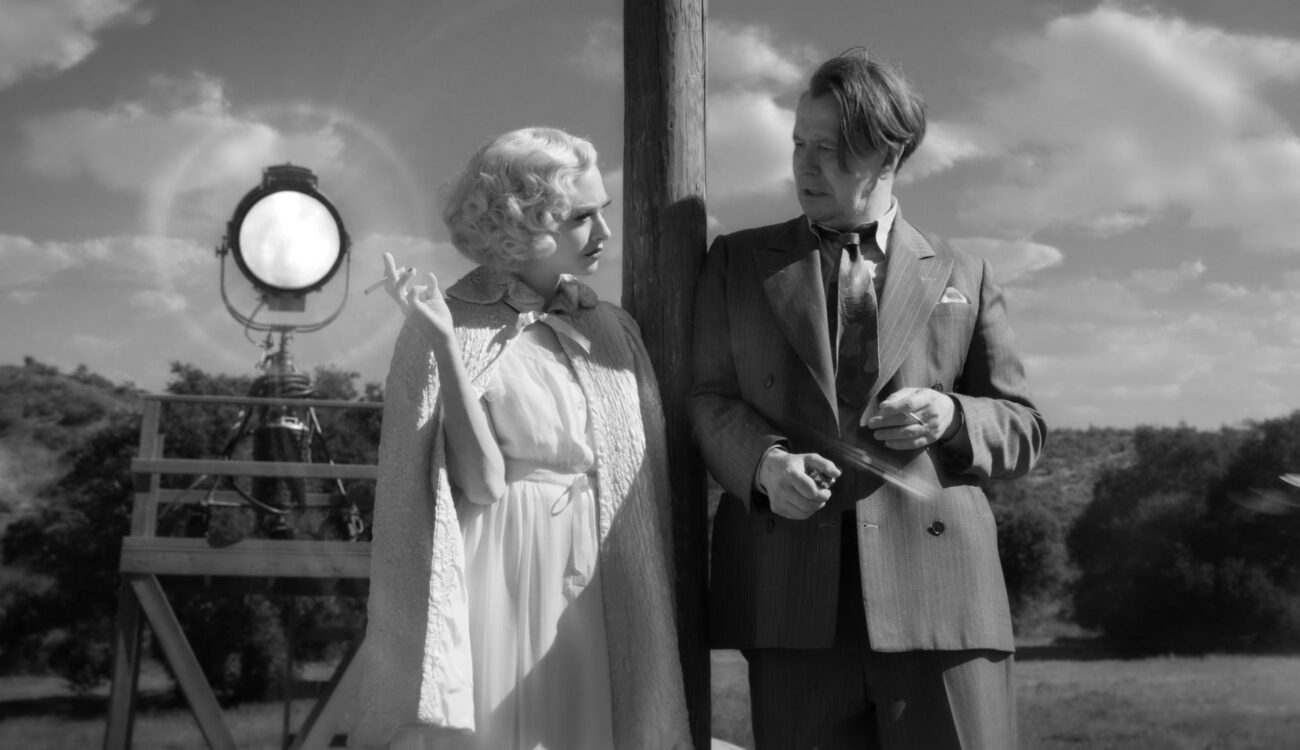 Now nominated for a whopping 10 Oscars, David Fincher’s third Netflix collaboration, Mank, is a film we highly recommend everyone watch. For those who’ve already seen it, be sure to follow up with the latest Mank interview episode of Shot Talk below, where Fincher and Messerschmidt spoke about their work on the movie.

Shot in black and white using RED‘s Helium Monochrome 8K cameras, Mank portrays Hollywood through the eyes of scathing social critic and alcoholic screenwriter, Herman J. Mankiewicz, as he races to finish the screenplay for 1941’s Citizen Kane (a film which incidentally was nominated for one less Oscar than Mank!)

The drama was first written by Fincher’s late father Jack and stars Gary Oldman as Mankiewicz, as well as Amanda Seyfried as Marion Davies and Lily Collins as Rita Alexander. It’s a fantastic film, with a fascinating behind-the-scenes story, as told in the latest episode of Shot Talk.

This episode caught our eye, as it involved fascinating technical deep dives with Fincher and Messerschmidt as they spoke about the philosophy of black and white vs. color cinematography, detailed FX breakdowns on several important scenes from the film, and why Fincher avoids Steadicam at all costs.

Fincher began the interview by revealing:

“Originally, the idea was to do something in 4:3 – this was 1992/93 when I read the first draft and we talked about getting the movie made. At the point where Netflix said we might be interested, that’s when the conversation started revolving around how do we execute this?”

“…when the Leica monochrome came out 2008, I asked Jarred (from RED) the question can you do this with your sensors – pull the RGB off it and assign your luminance values? And he said yea it’s easy but it’s going to be super high 3200 asa – that’s great. Then, the question became the aspect ratio and I had to fall on the grenade about that. I’ve never been able to frame for 1:33.”

“Initially there was a naïve excitement about how we get to do all this black and white stuff. This high contrast stuff and even if you look at Kane, the expositional scenes aren’t lit that well… in the end, you still have to tell the story and you have expositional scenes, conversational scenes between characters that require lots of coverage and you can’t just light it that way… there was a balance between looking at the scenes where it was appropriate to be stylistic and pay homage, and then really just focus on telling the story that’s being staged in front of you.

What did you think of Mank, and of the Shot Talk interview with David Fincher and Erik Messerschmidt? Let us know in the comments section below.