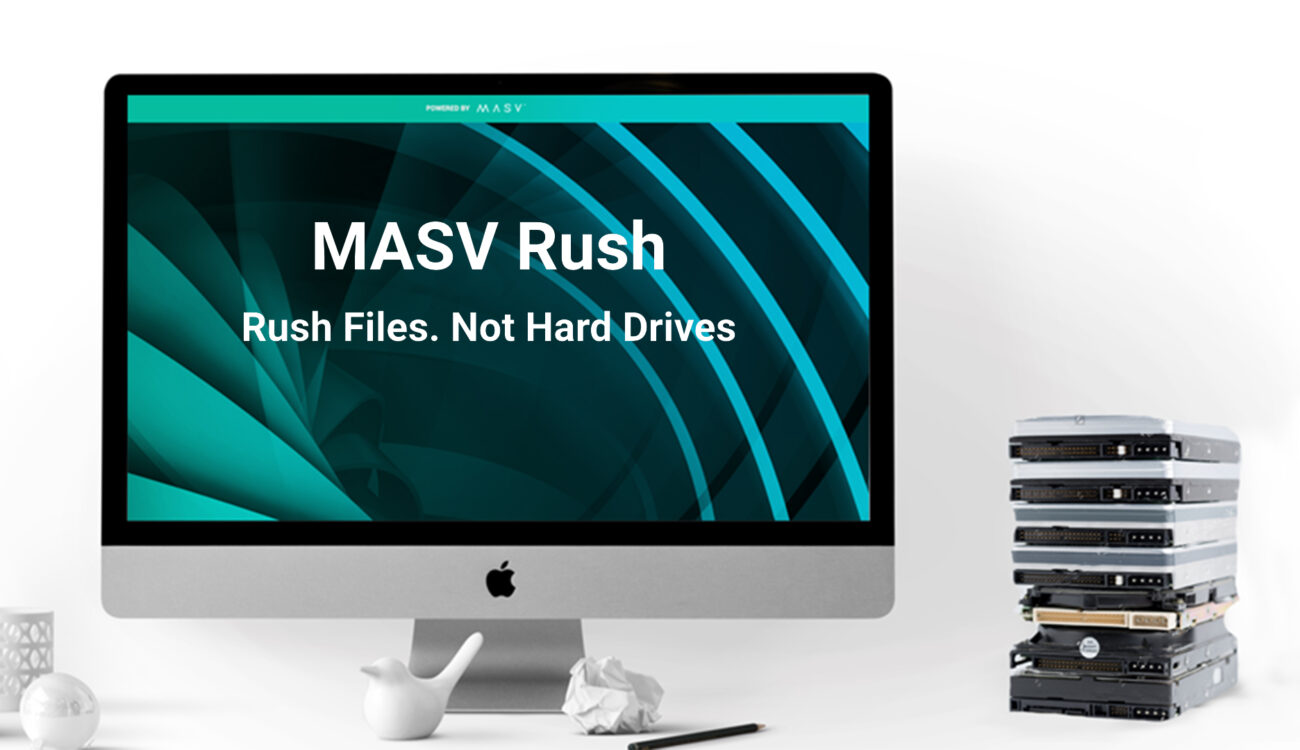 There’s a new kid on the block. Name: MASV Rush. Mission: Transferring huge files over the internet with ease. Sounds familiar? Yes, maybe, but when they say huge files, the folks behind MASV actually mean huge files. 73GB worth of raw footage? Not a problem. 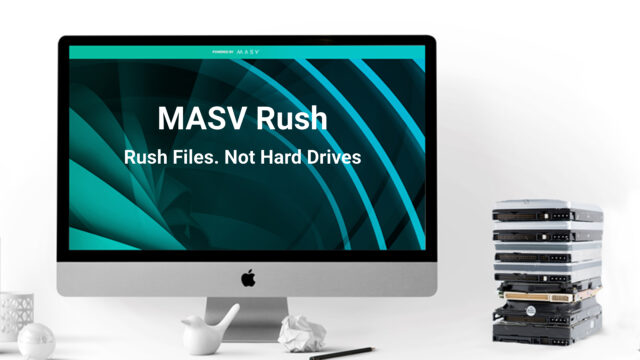 Let’s start with the obvious. A new service that promises to transfer all your files with ease, especially aimed at the video business? There has to be a catch, right? Well, yes and no.

In terms of its business model, MASV Rush works as a pay as you go service. That said, you only pay for what you actually use, and there is no subscription model. In order to get a price for a given transfer, follow this simple equation: Total file size of package (in GB) x number of recipients x 0.15 (15¢) USD. That 73GB file mentioned above will cost you $10.95 if you send it to only one recipient. By the way, when sending to multiple recipients, each of them will get their own notification email – think of a bcc email with multiple recipients. 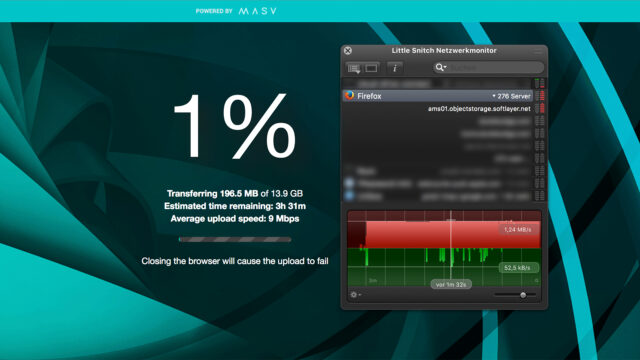 Uploading a 14GB set of files while measuring the speed with Little Snitch Network Monitor.

The performance is pretty good. I’ve been granted 50GB in order to test the service, and I tried several transfers of different sizes. A 7.2GB *.mfx file took 2 hours to upload with an average of 8.19 Mbps (1.02 MB/s). Downloading that very file took me 32 min (@ 43.2 Mbps or 5,4MB/s). My internet connection was pretty much being pushed to its limit, so these values might get significantly better with a better uplink connection.

the MASV Rush backend with a full history of your transfers.

In order to use MASV Rush, you don’t need anything but a decent (and recent) browser such as Firefox or Chrome. You don’t need any extra plugins, and the same is true for your recipients. They’ll get a notification email with a link and that’s it. It is al lpretty straightforward process, with no sign-up required. WeTransfer already has established this no-nonsense, easy file-delivery system, and MASV Rush seems to have followed in those footsteps.

The service relies on established infrastructure providers such as Amazon Web Services and IBM Softlayer, and uses TLS encryption for all files being transferred, which only remain stored for as long as they need to be. After being downloaded by all recipients or after the 10-day storage period they’ll get wiped permanently.

MASV Rush vs. the market

In order to evaluate a new service in an already saturated market of file transfer services (think WeTransfer, Dropbox and others) three significant needs come to mind: Speed, price and usability. As you already know there’s always one item to strike out when it comes to these triangles of values. Are you in need of high-performance transfer speeds paired with awesome usability and flexibility? That will come at a price. Are you seeking serious transfer speeds but there’s a budget you have to adhere to? You better live with some limitations in terms of usability then. 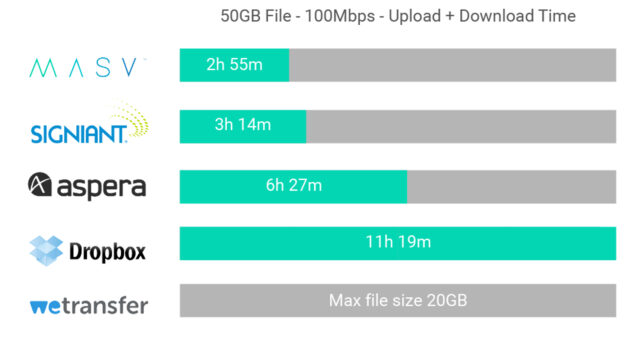 MASV Rush seems to have created a reasonable compromise of these three. It’s not free, but you’ll only pay for what you need. That’s a good thing! WeTransfer will bill you $120/year in order to push the 2GB limit up to 20GB. But you won’t have to sign up with them until you need to transfer more than 2GB worth of data. Point taken.

Let’s see how MASV will develop over time. For me, it seems to be a really good alternative to other established services if what you need is to transfer really large files around the globe. That service comes at a price, but that’s OK. Think about sending a hard drive over to Asia.

MASV Rush will go live on February 22nd, and for a limited time you can sign up for a 50GB trial.

What do you think? Might this be a serious alternative for your current workflow? Let us know in the comments section!