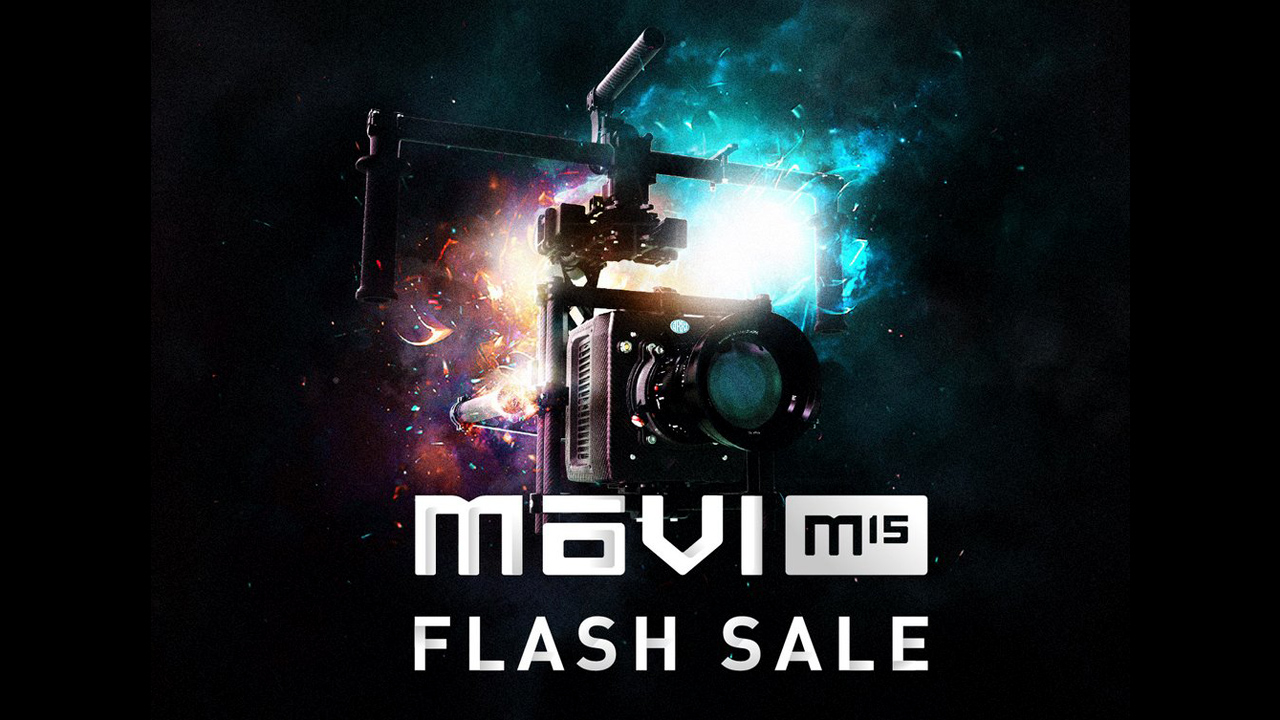 Freefly has announced a flash sale price for their MōVI M15 gimbal stablizer. We don’t know how long it’ll last, nor how many there are, but right now the heavy-duty gimbal has a $4k price slash and can be bought for under $5000.

We’ve come a long way since the original MōVI M10 was announced. It came with a price tag of around $15k, many of which assuming it would be out of reach of the typical filmmaker.
A few years later and our market is saturated with gimbal devices, all getting smaller, cheaper, lighter.

The MōVI M15 is widely considered Freeflys flagship gimbal (excluding the special order MōVI XL), capable of handling a payload up to 15 lb/6.8kg whilst retaining a similar weight to that of the smaller M5 model at 5.4 lb/2.47kg.

We saw a big price slash on the original M10 back in 2014, with all models naturally reducing gradually since.

This current price flash sale is the most significant we’ve seen on the M15 however, if you were considering purchasing one, not looks like a good time.

The deal price is also available at CVP on limited stock, but they don’t officially list the price, you’ll have to ask for it.

Specs on the MōVI M15 if you haven’t sized it up: