In the second part of our 4th episode of ON THE COUCH, we have representatives from the two largest camera manufacturers in front of our cameras – Peter Yabsley from Canon and Fabien Pisano from Sony. 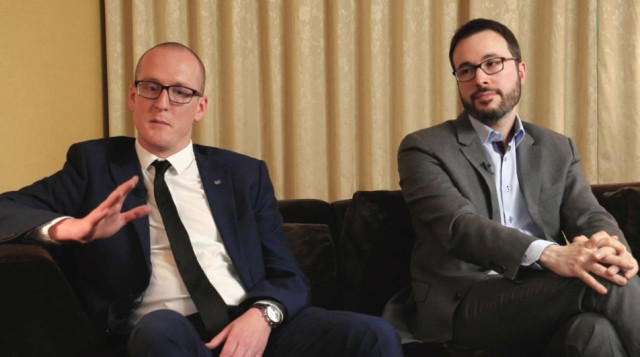 In a very friendly discussion between two big competitors, we talk about new cinematography related products that Canon and Sony have to offer. The little 4K wonder Sony A7S is a topic, and so are upgrades for the F5 and F55 line which provide additional functions like ProRes recording. On the Canon side of things we talk firmware updates for the C100 / C300 and the new continuous AF that’s now possible after the upgrade. We talk about the 17-120mm servo lens for S35mm cameras that Canon announced at NAB. The relevance of large sensor cameras compared to small sensor cameras and the different use cases are also topics, as well as new offerings by the two manufacturers in the small sensor arena.

The most insightful part of our talk is about industry trends and where everything is moving – with 4K being widely adopted from manufacturers and cameras getting smaller and more versatile, we talk about new markets for the two Japanese giants that would have been unthinkable only a decade ago.